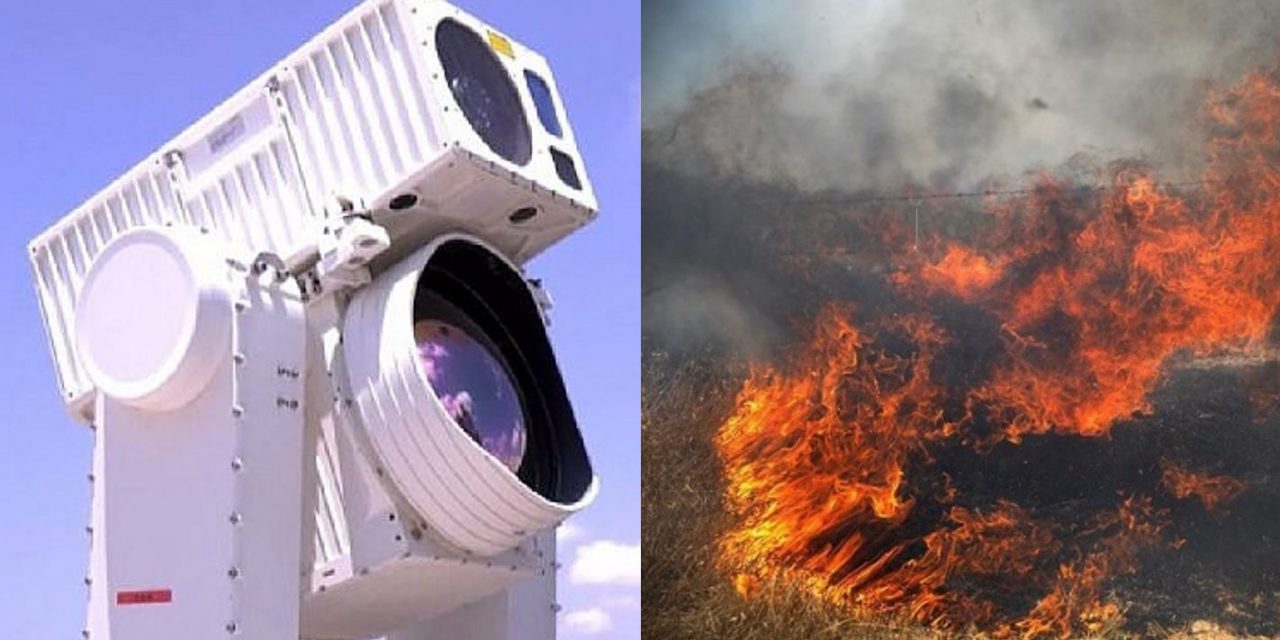 Facing a wave of airborne incendiary attacks from the Gaza Strip, Israel has deployed a system that can spot fire-starting balloons and kites in the sky, track their progress, and then direct firefighters to their landing spots, enabling them to more rapidly extinguish the flames and reduce damage.

Since March 30, Palestinians in the Gaza Strip have launched hundreds of kites and helium balloons bearing flammable materials, and occasionally explosives, sparking near-daily fires that have burned thousands of acres of land in southern Israel.

Israeli officials are concerned that if the fire attacks don’t stop — or aren’t foiled — they could push an escalation in violence that would lead to a major military confrontation with terror groups in the Gaza Strip.

The Sky Spotter system, built by Rafael Advanced Defense Systems, has been in operation along the Gaza border for several days, Hadashot TV news reported Thursday.

Originally developed to counter small drones, Sky Spotter can track the balloons or kites and pinpoint their location, where they are heading, and where they are likely to land. The operators then notify firefighters, who can then try to reach the landing points to put out the flames before they spread.

Sky Spotter can also be used to direct defensive drones that collide in midair with the kites or balloons, bringing them down.

Until now such drones have been flown by army reservists, experts in drone operation, but the system will soon be able to control the drones automatically, directing them to the threats.

The Israeli military has also carried out multiple warning strikes in recent weeks at groups of Gazans preparing to launch incendiary devices toward Israel, as well as retaliatory airstrikes against Hamas targets. The army has said repeatedly that it will act to prevent the launch of the airborne incendiary devices and explosives.

The arson assaults, in which Palestinians launch kites or helium filled balloons carrying flaming material to be blown by the wind into Israeli territory, have devastated large areas. In total, approximately 17,500 dunams (4,300 acres, or nearly 7 square miles) of land have been burned in more than 250 fires over the past two months, more than half of it in nature reserves, according to initial assessments.

As well as Sky Spotter, testing has continued on a laser system that could be used to shoot down the balloons or kites in flight. Development is advancing, Thursday’s report said, and this system is expected to soon be deployed around Gaza.

Another concept under development aims at dealing with the potential danger of mini-drones carrying explosives. The system employs a drone that locks on to the bomb-carrying device and then fires aluminium strips at it, entangling the rotor blades and bringing it down.