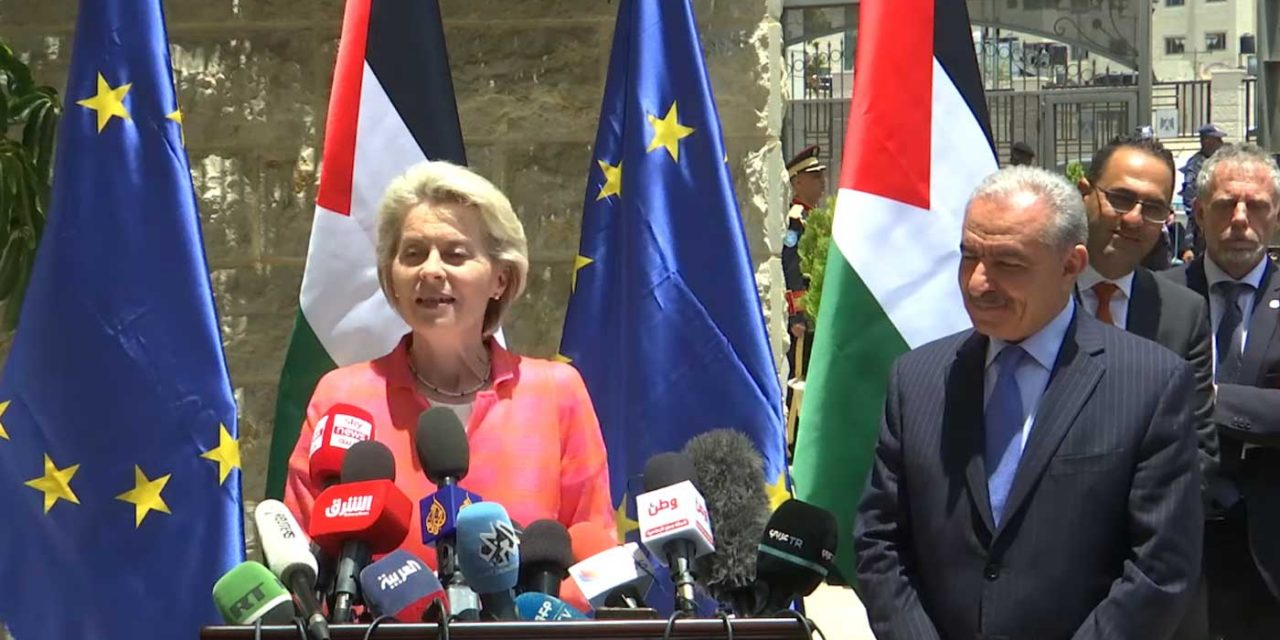 The EU is the largest donor to the Palestinian Authority, giving billions of pounds worth of aid in the last decade, but funds were frozen two years ago because of political debates over the legality of funding a regime that pays terrorists and has incitement to violence against Jews in their school curriculum.

Debates were ongoing, for and against, and while the results of these debates have not been made public, the European Commission President Ursula von der Leyen has announced this week that funding from the EU to the Palestinians will resume quickly.

“As Team Europe, we are the largest donor in Palestine, with around 600 million euros per year. And I am glad to announce the EU funds for 2021 can now be disbursed rapidly, all the difficulties are gone,” said von der Leyen during a trip to Ramallah.

The precise details of the EU decision to renew the funding have yet to be made public. However, Palestinian officials say that the aid will resume unconditionally.

The EU’s funding plans include some $235 million in direct support for the PA budget. The aid supports the wages of the PA’s many civil servants: teachers, doctors, nurses, and firefighters. It also helps fund Palestinians seeking treatment in Israeli hospitals. Although we know not all the funding goes to where it is required.

It appears this is another failure for Western politicians to stand up to or acknowledge the real danger of the Palestinian Authority. The PA openly pays terrorists to murder Jews and continues to brainwash children to hate Israel with incitement in school textbooks.

The EU has laws to prevent European taxpayer funds from going towards those who promote terrorism, not to mention the fact it is morally wrong to support a regime that supports terror.

Unfortunately, the UK may also be following suit and backing down to the Palestinians who are refusing to change their antisemitic policies against Israelis.

This does not help peace and it fails to protect Jews and Israelis. And European taxpayers are funding it.