El Salvador’s new President is a Palestinian and pro-Israel 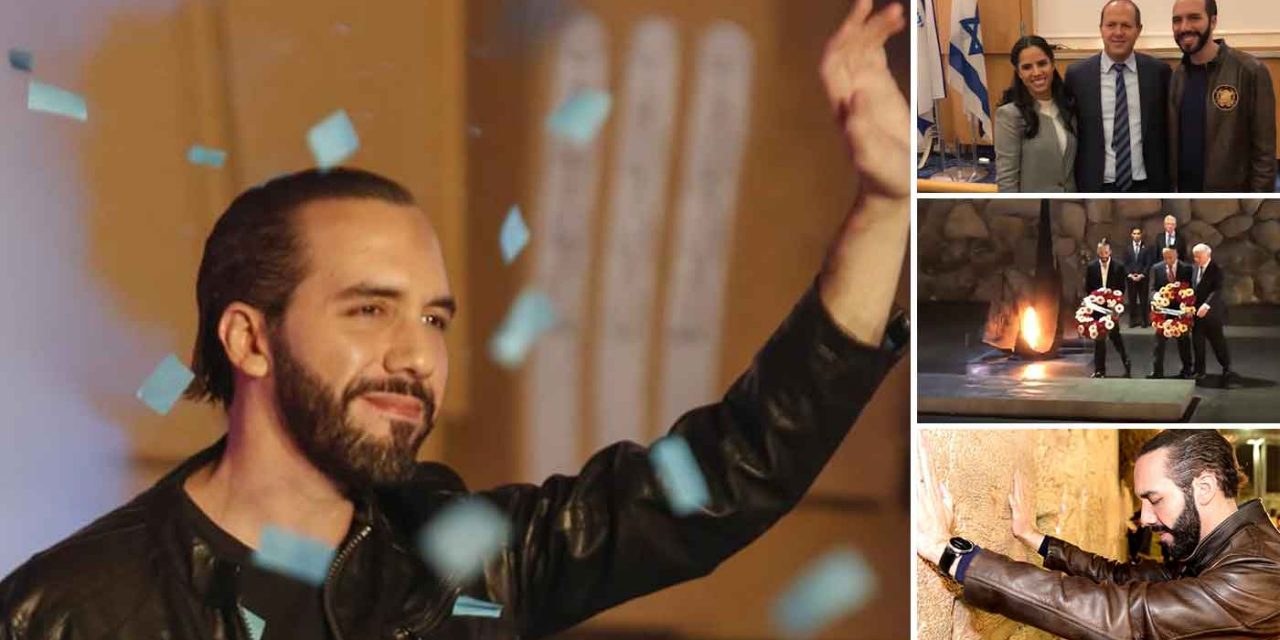 El Salvador has elected their youngest ever President, 37-year-old Nayib Bukele. Interestingly, he is of Palestinian descent and also pro-Israel.

The President-Elect traces his Palestinian roots to the early 20th century when many left the cities of Bethlehem and Jerusalem to find a new home in El Salvador. Some left for a better life while others were escaping from conscription under Ottoman rule at the time.

Around 100,000 Salvadorans with Palestinian ancestry live in the country out of a population of 6.5 million, ranking it as the second highest population of Palestinian descendants in Central America behind Honduras, the National reports.

Bukele, who is a confessing Christian, is also proud of his wife’s Jewish roots. Whilst meeting the Mayor of Jerusalem in Israel’s capital last year, Bukele proudly revealed that his wife’s grandfather was a Sephardic Jew.

Upon hearing that someone of Palestinian descent had been elected President in El Salvador, many Palestinians were quick to praise him on social media. However, some then withdrew their support after realising he was pro-Israel.

President-Elect Bukele is a prominent user of social media, with over 528k followers on Twitter alone. He has been retweeting various posts pointing out his pro-Israel nature, including pictures of him at the Western Wall and also praise from Jewish organisations in America.

El Salvador's President-Elect @nayibbukele at the Western Wall in #Jerusalem, during our International Mayors Conference last February. This is what leadership looks like. pic.twitter.com/TDlj2JNlFf

The American Jewish Congress congratulated Bukele on his victory, saying:

“The American Jewish Congress congratulates Nayib Bukele for his victory in El Salvador’s Presidential Election. In 2018, we had the pleasure of having then-Mayor Bukele in our annual International Mayors Conference in Israel. These are challenging times for El Salvador, and we wish President-Elect Bukele success in addressing the many pressing issues the country faces.

Like many world leaders, President-Elect Bukele began his distinguised political career in municipal politics, first as Mayor of Nuevo Cuscatian and later as Mayor of San Salvador, El Salvador’s capital and most populous city. We are glad to see that he, like other alumni of our International Mayors Conference, has gone on to become a head of state.

The American Jewish Congress looks forward to closer cooperation with President-Elect Bukele and the Republic of El Salvador, and we hope he will further the relationship between El Salvador and Israel.”

Bukele is the former mayor of San Salvador who was elected based on a promise to fight corruption and crime in the country. Bukele, who was dubbed the “millennial mayor” of San Salvador, won around 54 per cent in the election to secure the presidency of the Central American nation, representing the right-wing party known as Grand Alliance for National Unity.

Since 1992, the President has always been from one of the country’s two main parties. Bukele is the first person to break that two-party system.

President-Elect Nayib Bukele will take office on 1 June 2019 to serve a five-year term.

We will be praying that El Salvador will become another country to move their Embassy to Israel’s capital, Jerusalem.