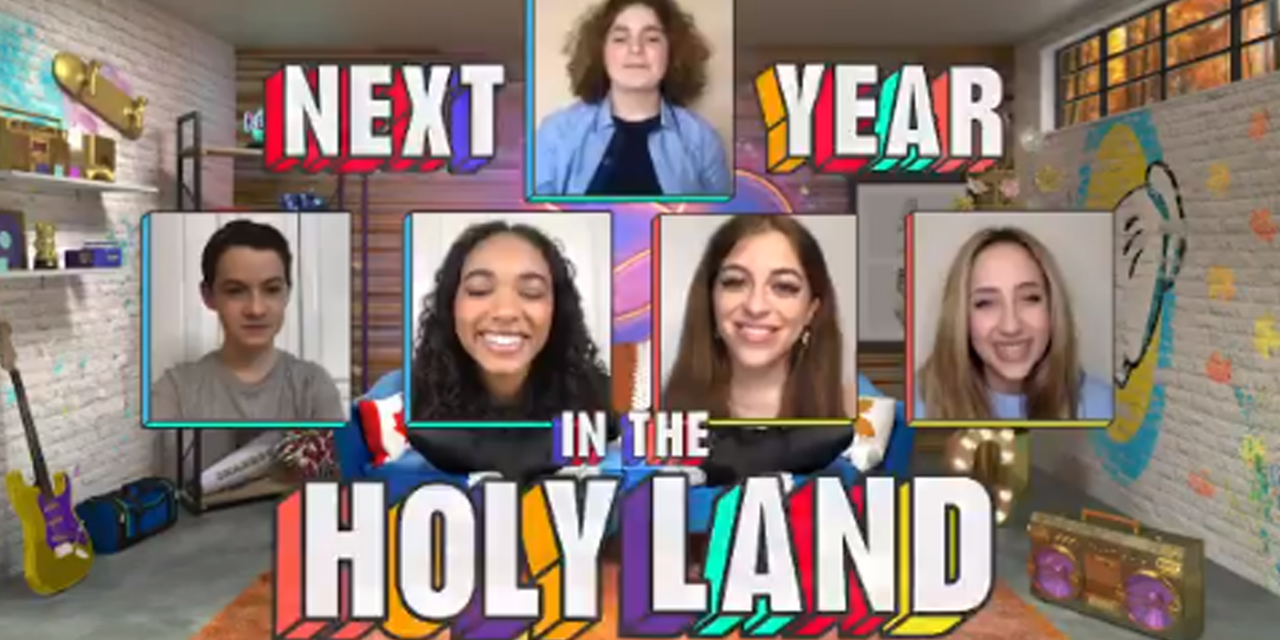 The Disney Channel has come under fire for a blatant distortion of Jewish tradition, removing the word “Jerusalem” and instead replaced it with “Holy Land”, despite no Jewish group ever saying the phrase at the end of Passover.

Disney Channel’s “In the Nook” mini-talk show aired a special episode during the week of Passover, where at the end of the segment they changed the traditional Jewish saying, “Next Year in Jerusalem” to instead be “Next Year in the Holy Land”.

The Torah commands all Jews to celebrate Passover every year by telling the story of the exodus from Egypt, which takes place during the Seder meal at the beginning of the holiday. For generation upon generation, Jews around the world end the Seder with the Hebrew phrase L’Shana Haba’ah B’Yerushalayim – literally “Next year in Jerusalem.”

.@DisneyChannel’s mini-talkshow ‘In the Nook’ replaced “Next year in Jerusalem,” traditionally recited during the #Passover Seder, with “Next year in the Holy Land.” Disney, why are you rewriting Jewish tradition and excluding this reference to the ancient Jewish capital? pic.twitter.com/dC0WJr5zS8

If you search on Google for “Next Year in the Holy Land”, you are given results saying, “Next Year in Jerusalem”. The only hits from Google that find that phrase are ones criticising the Disney Channel for their distortion of Jewish tradition.

The video also failed to mention Israelites and instead called them “Hebrew people”. While this is not technically incorrect, it could be another indication that the writers of this programme were subtly trying to not mention Israel and Jerusalem at all, possibly in an attempt to hide the Jewish spiritual connection to their capital and their land which goes back thousands of years.

Disney has clearly realised its mistake as the original video and its tweets have been taken down. Shamefully, the organisation has not addressed the issue and has instead ignored complaints completely (despite acknowledging its mistake by removing the videos).

No statements have been released and Disney has not apologised.

This silence from Disney is equally troubling and could also be damaging for Jewish children who frequent Disney’s YouTube channel. While Disney’s video messages and tweets for the Hindu festival of Holi (which took place during Passover) still remain on the site, there is now no mention of Passover. So, if a Jewish child was looking on the Disney Channel YouTube channel they may be under the impression that Disney does not care for their celebration of Passover while it does acknowledge the celebrations of other religions.

The original decision to air the distorted phrase and their silence on the issue are both troubling. You expect more from a company that presents itself as one that respects minorities.

Jewish groups were clearly outraged by Disney’s revision of their religion.

“We called out the Disney Channel for its Passover PSA [public service announcement] that replaced the traditional Jewish phrase ‘Next year in Jerusalem’ with ‘Next year in the Holy Land’ because it is a deliberate negation of Jerusalem as the eternal Jewish capital,” B’nai B’rith International tweeted.

“Disney can’t hide their contempt for Jewish tradition in hiding ‘Jerusalem’,” said blogger David Lange of the Israellycool website, adding that Disney was pushing “the reinvention of Jewish tradition.”

“There is absolutely no doubt they deliberately altered the phrase because of political correctness,” said Lange. “They do not want to admit that we have been pining to return to Jerusalem for thousands of years (and thankfully many of us made it!).”