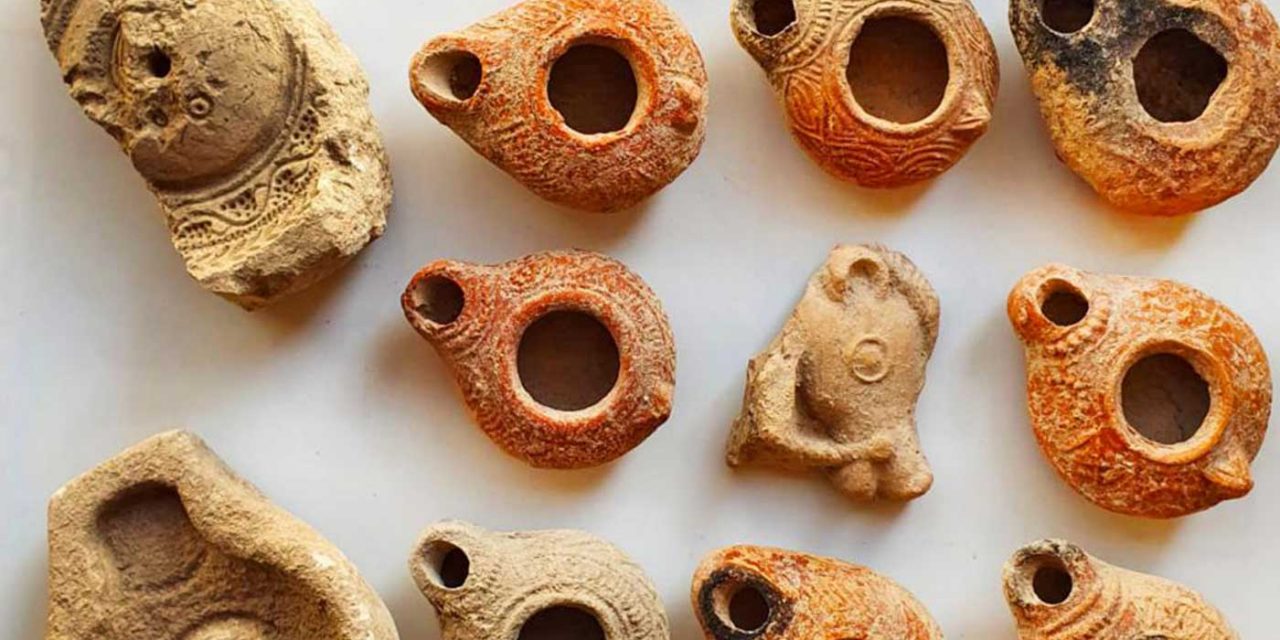 Israeli archaeologists excavating outside Jerusalem have unearthed hundreds of pottery oil lamps and one of the largest oil-lamp workshops in Israel, the Israel Antiquities Authority (IAA) announced on Monday.

Two of the lamps bore the symbol of the menorah and others carried a fish – one of the symbols of early Christianity. They were made during the early Roman Period, about 1,600-1,700 years ago and were used for lighting in ancient times.

Archaeologists also found stone lamp molds for their production and terracotta figurines in the IAA excavation in Beit Shemesh, prior to the development of a new neighborhood there. Many of the workers were volunteers – young people and those awaiting their service in the IDF.

Archaeologists were surprised at the quantity and quality of the lamps but it also solved decades-old archaeological mystery.

Read the full story at CBN