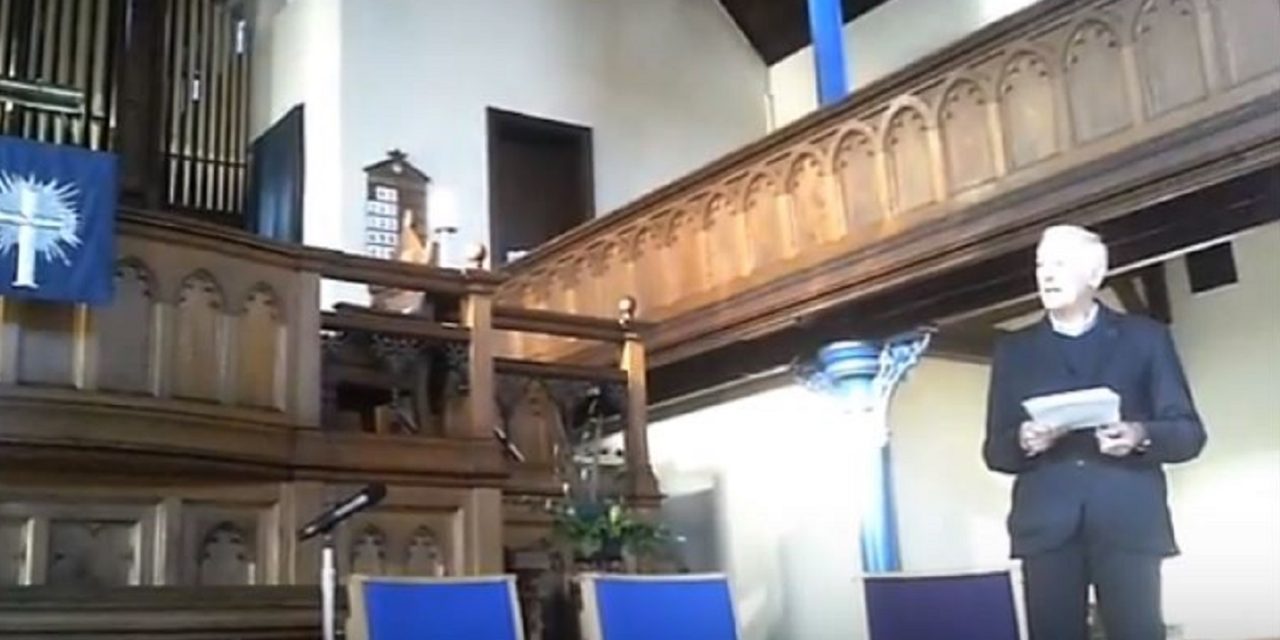 When a Jewish investigative blogger visited a Methodist church in St Albans last week, he wasn’t expecting the extent of antisemitism being promoted at the event.

The talk titled “Saving Israel – what next for the Palestinians?” was a “disgraceful demonisation of Israelis and Zionist history,” according a report by David Collier.

The speakers, Tim and Mayone Coldicott were representing a group called ‘Israeli Committee Against House Demolitions’ (ICAHD), an organisation which NGO Monitors has said “does nothing to advance coexistence and instead promotes extreme views which fuel the conflict.”

Around 50 people, perhaps many unaware of the lies being presented, listened to an “endless stream” of heavy bias against Israel and historical distortion. The report reveals that there was no mention at all of any violence against Jews by Palestinians and the talk even criticised Israel’s teaching of the Holocaust to its young citizens.

In one example, the speaker explained the history of the conflict:

“And the problem is that though Jews owned only seven percent of the land and represented a third of the population of Palestine at that time, they were allocated 55% of the territory. And even before the mandate came to an end in May 1948, Jewish military forces, began to implement a long-standing plan called Plan Dalet (Plan D), of attacking Palestinian villages and terrorising the population so that they fled. The Palestinians lacked the resources to fight back as these had been destroyed by the British in putting down the revolt of 1937/1938.

“So, by the end of 1948, the Jews had added a further 23% of the land area to what the UN had proposed as the Jewish state. And had taken 60% of what had been proposed for the Palestinians. This is what the Arabs call the Nakba, the catastrophe. But to this day it is not recognised by Israeli Jews as equivalent in any way to the Holocaust. So there is a flaw right at the start of Israel’s story. It was not an empty land. It was not Jews who faced being pushed into the sea, it was Palestinians.”

Just before he ends, the speaker revisited the question of the talk.

Collier says, “He tells us that Jews ‘want Israel to be a state for Jews only‘. He then embarked on a vile, and deeply antisemitic position that turned Jews defending their right to exist, into animals with an over-riding desire to control. That need to be violent, to kill. He spoke about the idea that if it were not for the occupation, Israelis would be killing each other in civil war, ‘tearing themselves apart’. And then he said this:”

“Ending the occupation, would challenge to the core, the way the Israelis think about themselves. And equally, what would Israeli society look like without the occupation. Lording over Palestinians daily life is deeply rooted in Israeli’s day to day experience. Peace frightens many Jewish Israelis because it means losing privilege. So, the occupation must be maintained. But quietly. Because ending it would undo, Israeli identity.  So equally, it is for us British people, to ask ourselves what we are prepared to allow, what we are prepared to do.”

“Coldicott’s message is this:.” says Collier, “Jews hold on to the occupation, because if they don’t they will turn on themselves and kill each other.”

“This wasn’t just historical distortion,” he adds “It was a true demonisation process. It is unsettling to hear this anywhere. Truly chilling to hear it inside a church.”