Czech president is trying to move embassy to Jerusalem despite opposition 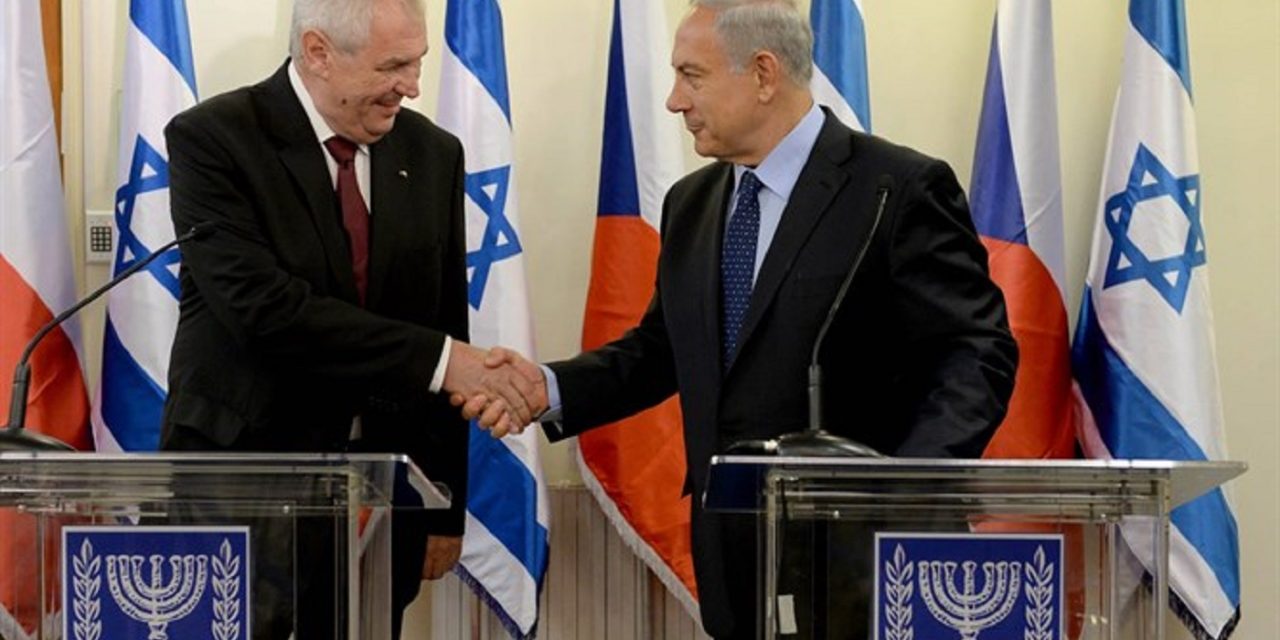 Czech President Milos Zeman, who will arrive in Israel next week for an official visit, promises to intensify efforts to transfer his country’s embassy from Tel Aviv to Jerusalem.

Reshet Bet reported that Zeman had announced this intention six months ago, but since then it has encountered resistance from various elements in Prague who are trying to thwart the transfer of the embassy to the capital of Israel.

In an interview in the Czech Republic prior to his visit to Israel, Zeman was asked about the embassy issue and said, “Two concrete and practical steps have already been taken in this direction, and in May we will inaugurate the Czech House in Jerusalem, A Czech investment company and a tourism company.”

“There will also be political and cultural activities there,” Zeman said. “What will happen in the future will be seen, but I will continue to make efforts to move our embassy from Tel Aviv to Jerusalem.”

The Czech Foreign Ministry vowed in April that the decision to reopen the honorary consulate had “no influence on the final agreement on Jerusalem”, adding that Prague “fully respects the common position of the European Union that considers Jerusalem as the future capital of both states, that is to say, the State of Israel and the future state of Palestine.”

The Czech Embassy has been in Tel Aviv since 1949, except during the interruption of diplomatic relations under the former communist regime in Prague between 1967 and 1990.

Any decision to move the embassy would first need to be approved by the Czech government.

Czech Prime Minister Andrej Babis has ruled out Zeman’s suggestion that the Czech Republic would follow the United States’ example and move its embassy to Jerusalem, saying Trump’s move “is not good. You can see the reactions.”