Around 800 visitors attended the first ever International Shalom Festival on Wednesday, a day-long celebration of Israel at the Edinburgh Fringe Festival.

During the day CUFI had a stand at the exhibition and the evening was a very lively cultural experience with music and entertainment from Israeli artists. Organisers, headed up by friend of CUFI Nigel Goodrich, were determined that this year Israel would be represented at the Fringe. In recent years aggressive anti-Israel activists had shut down fringe events with Israeli artists.United

Wednesday’s Shalom Festival certainly stirred up the pro-Palestinian activists. Despite the peaceful intentions of the Festival organisers the opposition chose to stir up hatred. All of the exhibitors and delegates had to run a gauntlet of verbal abuse and shouts of “Shame on You” from the Palestinian Flag waving and very loudly amplified activists. Throughout the day their verbal tirade of lies and hate-filled rhetoric from outside jarred with the warmth and love shown inside the venue. Rather than shame we were very proud to stand up for Israel against such bigoted and misguided extremists. 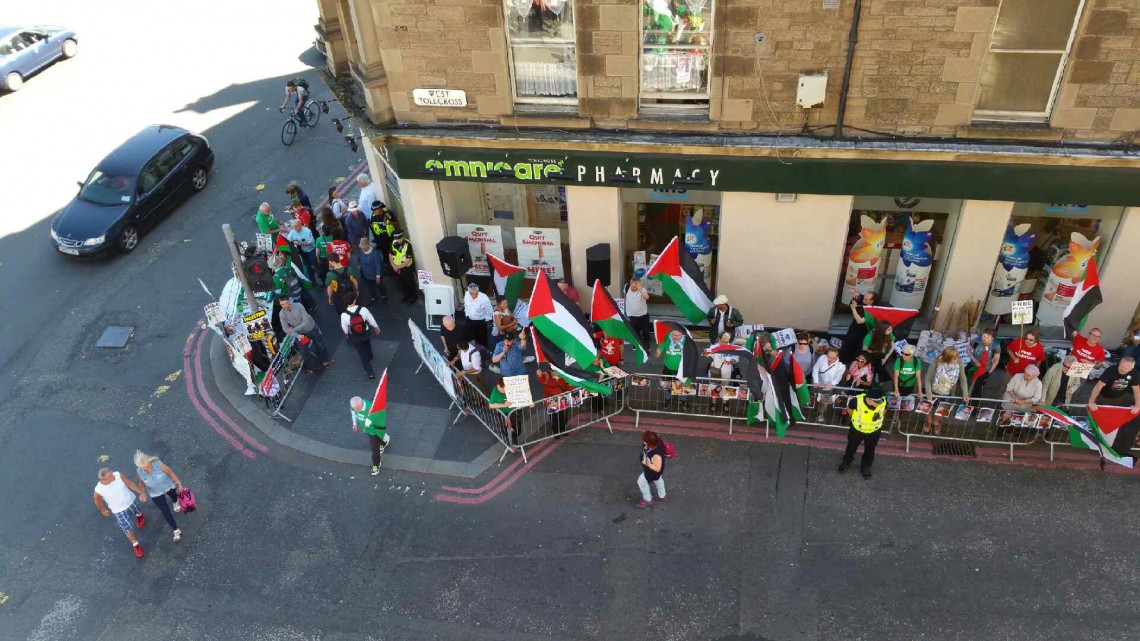 The evening Gala Concert  celebrated the wonderful cultural diversity of the Israeli performing arts compered by comedienne Hadar Galron. It featured Yamma and Tally Koren along with greetings from Patricia Teitelbaum from the Shalom Festival in Belgium and a very welcome return to Scotland from Ishmael Khaldi. Headliners Anna RF had everyone dancing in the aisles and this joyous event was brought to a close with Hatikvah, a piper playing Scotland The Brave and two children sounding the shofar.

CUFI congratulates this important initiative and looks forward to the International Shalom Festival returning to Edinburgh Fringe next year.