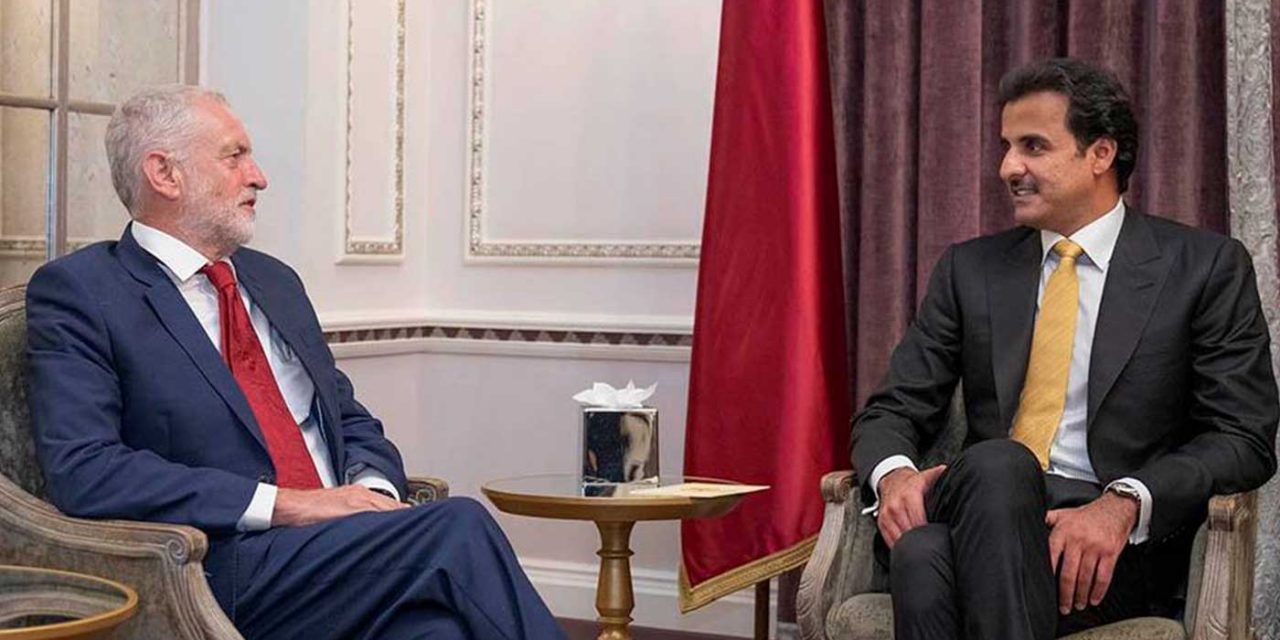 On Monday, Jeremy Corbyn was notably absent from the PLP meeting on anti-Semitism. It is not known if he was scheduled to be at the meeting, however, with his party embroiled in anti-Semitism, clearly, the spotlight is on him.

The last thing we would have expected was to see images of Corbyn sneaking out the back door and appearing at a secret meeting with one of the most anti-Israel, and arguably, anti-Semitic leaders of the Muslim world.

The news was found on the Qatar News Agency, the state-run media outlet for the country, where pictures appeared of Corbyn meeting with Tamim bin Hamad Al Thani as an invited guest at the Emir’s London residence.

This meeting was kept quiet until it was outed by the Guido Fawkes blog. There were no media reports on this and it was not publicly disclosed anywhere by the Labour Party or the Leader’s Office. It is almost as if Corbyn had something to hide.

The pair is alleged to have talked about human rights issues (which is rich considering Qatar’s abysmal human rights record), the situation with Syria and Yemen, as well as the World Cup. In truth, we don’t know the full extent of what they discussed.

To be fair to Corbyn, Theresa May also met the Emir on Tuesday and according to Guido, “offered her own fawning support for the Hamas-loving, Iran-backing, gay-persecuting, human rights-abusing despot”. Guido points out, however, that Downing Street made information about their meeting public in a press release and it was known that the pair were meeting before the event took place.

Qatar is closely aligned with Hamas. The Emir was the first world leader to call Hamas Leader Ismail Haniyeh after the terror organisation was added to the global terror blacklist. In that call, he pledged Hamas $9 million, which was said to be for emergency fuel and medicine, but it is highly unlikely that the terror organisation used the funding for such things.