“Don’t let the baby face fool you. This is the face of pure evil” 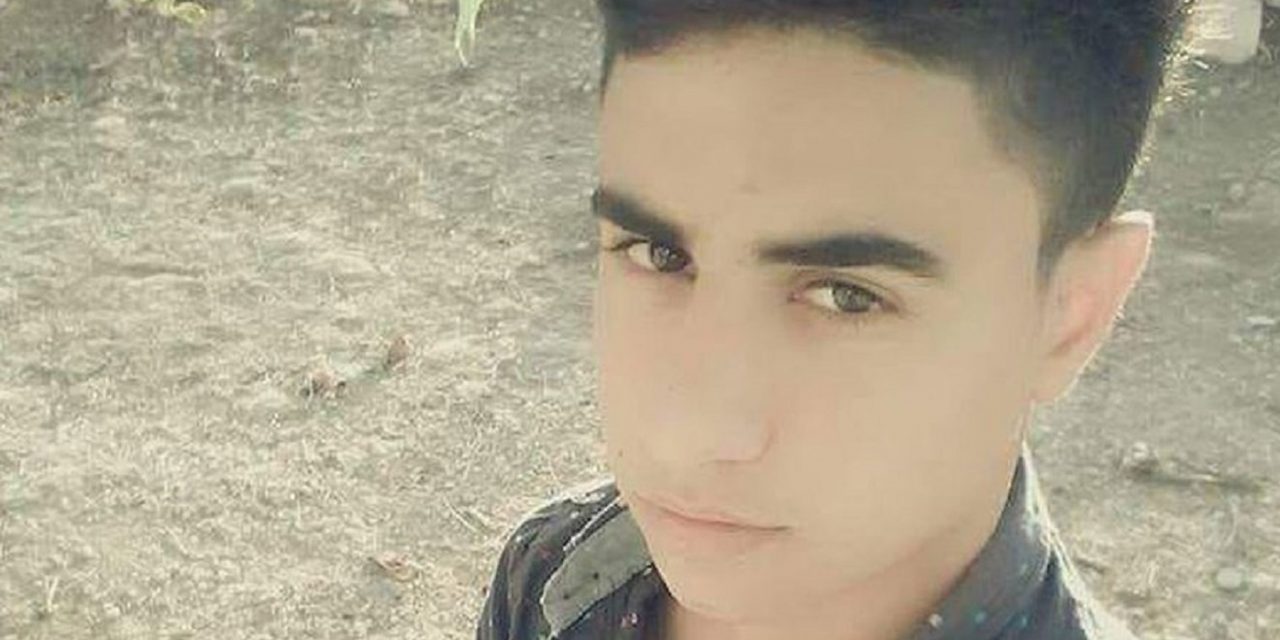 17-year-old Muhammad Tareq Yusuf has been named as the Palestinian terrorist who stabbed three Israelis, killing a 31-year-old father of two and wounding two others when he infiltrated the community of Adam outside Jerusalem on Thursday night. He was shot and killed at the scene by one of the victims.

Responding to the attack, Israeli journalist Arsen Ostrovsky tweeted, “Don’t let that baby face fool you. This is the face of pure evil.”

Throughout the night, security forces searched the community of Adam and have reinforced the defence of communities in Judea and Samaria. IDF troops also conducted an operation in the village of the terrorist, where approximately 150 Palestinians rioted hurling large rocks and firebombs and rolled burning tyres at IDF troops.

Terror attacks like the one in Adam last night, where a #Palestinian murdered #Israeli father of two Yotam Ovadia, do not occur in a vacuum.

Such acts of pitiless slaughter are direct result of a pervasive PA infrastructure indoctrinating hate and inciting & rewarding violence! pic.twitter.com/3t8WIBLNOt

The barbaric murder follows a week of incitement by the Palestinians. Firstly, a spokesperson for Fatah said that the accidental dislodging of a stone in the Western Wall this week was a “dangerous sign of what was happening in the al-Aqsa Mosque and its surroundings” – a reference to the archaeological work that has been going on near the Temple Mount for decades in the site called the Davidson Center, the Jerusalem Archaeological Park.

“We affirm that al-Aqsa Mosque and its surroundings, including what is beneath it, are purely Islamic,” Qawassmeh said. “The Jews have no right to it.”

He said that visits by Jews to the Temple Mount, as well as Israeli archaeological excavations “beneath” the compound, which Palestinians call al-Haram ash-Sharif are a “crime against all religions and a blatant violation of the sanctity of the religion of Islam.”

The second example of incitement against Jews this week was when the Palestinian leader, Mahmoud Abbas, on Monday said that the PA will continue to pay stipends to the families of Palestinian security prisoners and slain terrorists even if it has to spend its last penny to do so.

“We will not accept a cut or cancellation of salaries to the families of martyrs and prisoners, as some are trying to bring about,” he said.

Israel has called on Palestinians for years to halt the stipends, which benefit roughly 35,000 families of Palestinians killed, wounded, or jailed in the conflict with Israel, many of them accused of involvement in terror. Israel says the stipends encourage violence.

Earlier this month, the Knesset passed a law to cut funds Israel transfers to the PA respective to the amount Ramallah pays to convicted terrorists and the families of Palestinians killed during attacks.

But Abbas has remained defiant.

“Even if we have only a penny left, we will give it to the martyrs, the prisoners and their families,” he said Monday.

“We view the prisoners and the martyrs as planets and stars in the skies of the Palestinian struggle, and they have priority in everything.”

He also voiced praise for the prisoners’ movement, saying it was “paving the way for the independence of Palestine.”

It is heartbreaking that another young father of two children, husband and son, 31-year-old Yotam Ovadia, has become the latest victim of Palestinian hatred for Jews. The international community should condemn this awful attack and the incitement of hatred that it allows and rewards.