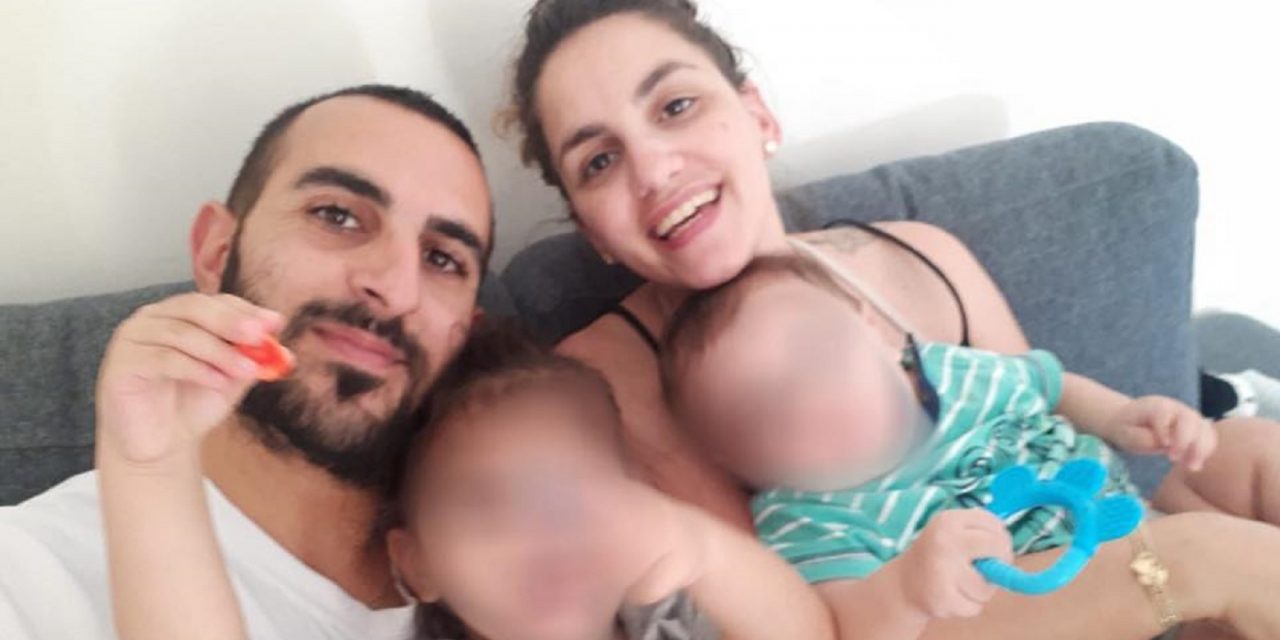 A 31-year old man who suffered critical wounds Thursday evening when a Palestinian terrorist stabbed him and two other people after entering a house in the community of Adam in the Binyamin region died of his wounds overnight. The man was named as 31-year-old Yotam Ovadia, a father of two. He will be laid to rest Friday afternoon in Jerusalem.

A 58-year-old man remains in hospital in stable condition after being stabbed in the upper torso. A third victim, 41-year-old Asaf Ravid, sustained light wounds.

Ravid, who shot dead the 17-year-old terrorist, told the Hebrew-language Ynet website that he had been out riding his bicycle when he heard screams from a nearby house and then saw the terrorist approaching him with a knife.

“I went cycling and in my bag I had a gun that I always carry with me,” Ravid said. “I heard shouts and then saw the terrorist approach me. He pulled a knife out of his pocket and stabbed me in the shoulder. I pulled away and took the gun out of my bag… I shot him once, and when he continued to move toward me I shot him another two times and he fell.”

The terrorist was named as Mohammed Tarik Youssef, 17, from the nearby Palestinian village of Kobar.  On July 21, 2017, a Palestinian terrorist from Kobar stabbed three members of the Salomon family to death in the nearby Jewish community of Neve Tzuf.

This is 31-year-old Yotam Ovadia, husband and father of two, who was murdered by a 17-year-old Palestinian terrorist last night who broke into his home and stabbed him to death. May his loved ones be comforted among all the mourners of Zion and Jerusalem. pic.twitter.com/f2qOpaWz3D

A 17 year old terrorist entered the community of Adam last night and carried out a stabbing attack that claimed the life of Yotam Ovadia, father of two children. We will not allow terrorists to disrupt the quiet routine of life that brings stability and prosperity to the region. pic.twitter.com/EuxiEOadig