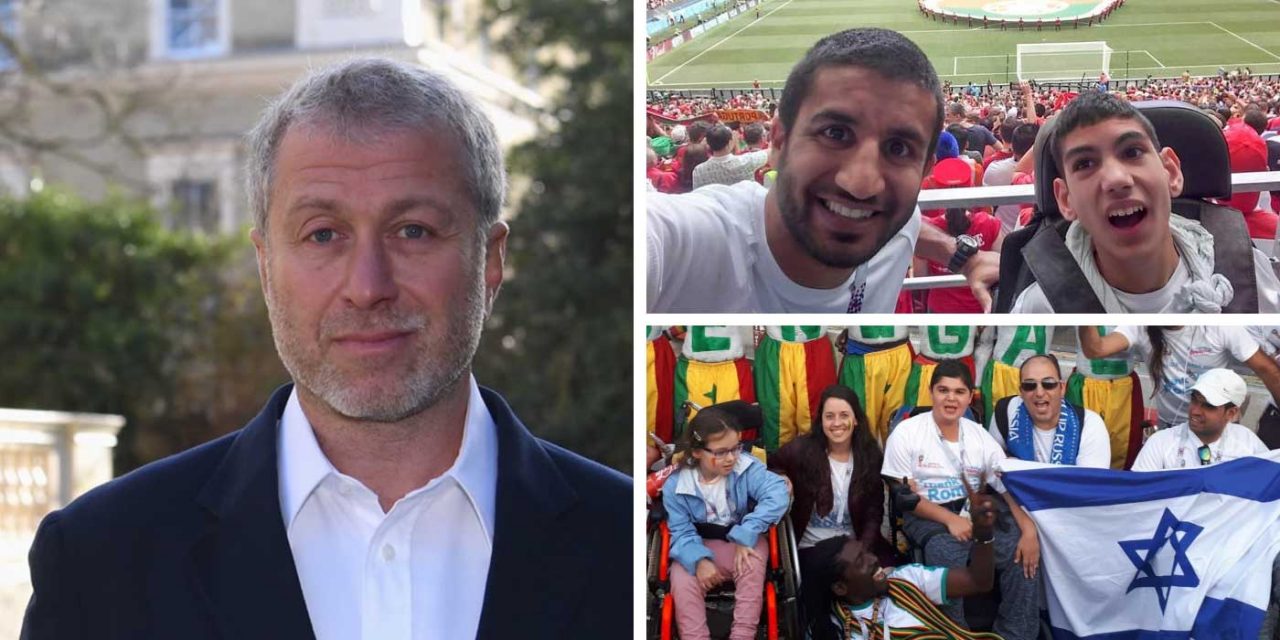 A group of 35 Israeli children with special needs or illnesses have been given the trip of a lifetime to attend the 2018 FIFA World Cup.

The trip, organised by the charity Fulfilling Dreams, arrived in Moscow on Sunday. The group of 68, which includes 38 caregivers, attended three matches, including Mexico’s victory over reigning world cup champions Germany.

“Thank you so much to all who supported us, donated and made possible the journey of ‘Fulfilling Dreams’ to the 2018 World Cup,” the group wrote on Facebook before flying to Moscow. There were a number of people who donated, but one particularly large donation came from Cheslea FC owner, Roman Abramovich.

“We at Fulfilling Dreams are so grateful to all our donors, especially Mr. Roman Abramovich, for their tremendous generosity,” said Gilad Salter, the British founder of the charity. “All the months of hard work and organization become completely worth it when I see the happiness on these wonderful kids’ faces.”

A spokesman for the Russian-Israeli businessman told CNN on Tuesday that “Mr. Abramovich is supporting ‘Fulfilling Dreams’ for the third major tournament, following the Brazil World Cup and France Euros, and we continue to be impressed by the selfless work Gilad and his team are doing.”

Many of the children supported by the charity were unable take part in the trip for health and other reasons and were instead slated to attend the Israel-Argentina match in Jerusalem. Unfortunately, that game was cancelled thanks to the anti-Israel BDS capaign and threats from Palestinians towards Lionel Messi and his family. Yet more evidence that the anti-Israel hate campaign against Israel does nothing for good.

Abramovich has made headlines recently with some of his pro-Israel and pro-Jewish stances. The Chelsea boss became an Israeli citizen earlier this year. Before doing that he gave over £375 million to Jewish charities. And during the last Premier League season Chelsea Football Club dedicated a match the victims of the Holocaust.