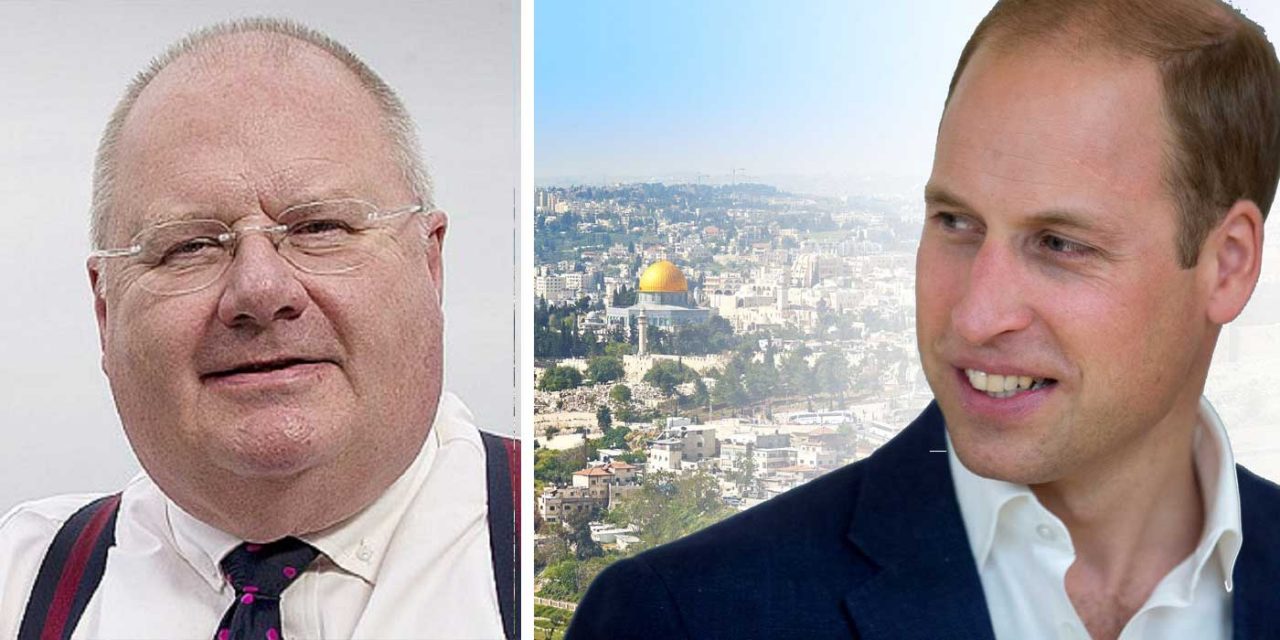 Make no mistake: Tuesday is a massive day for the Middle East, for the monarchy and, in particular, for Israel. Prince William, the Duke of Cambridge, second in line to the throne, will make the first official visit of the Royal family to Israel.

The duke is central to the modern House of Windsor. He has done much to ensure that our Royal family moves strongly into the middle part of the 21st century. So what he sees is important.

Back in March, I made a plea on these pages. A plea that the duke sees the real Israel, with all its vibrancy, innovation and compassion.

A plea that the duke wouldn’t be subjected to meeting after meeting in stuffy rooms.

What a relief that our duke will be spared those windowless, airless briefing rooms!

In Tel Aviv – Israel’s modern beating heart – the duke will be given a showcase of world-leading high tech start-ups. He will hear about the technologies and inventions that will shape our shared future – both in Israel and the UK…