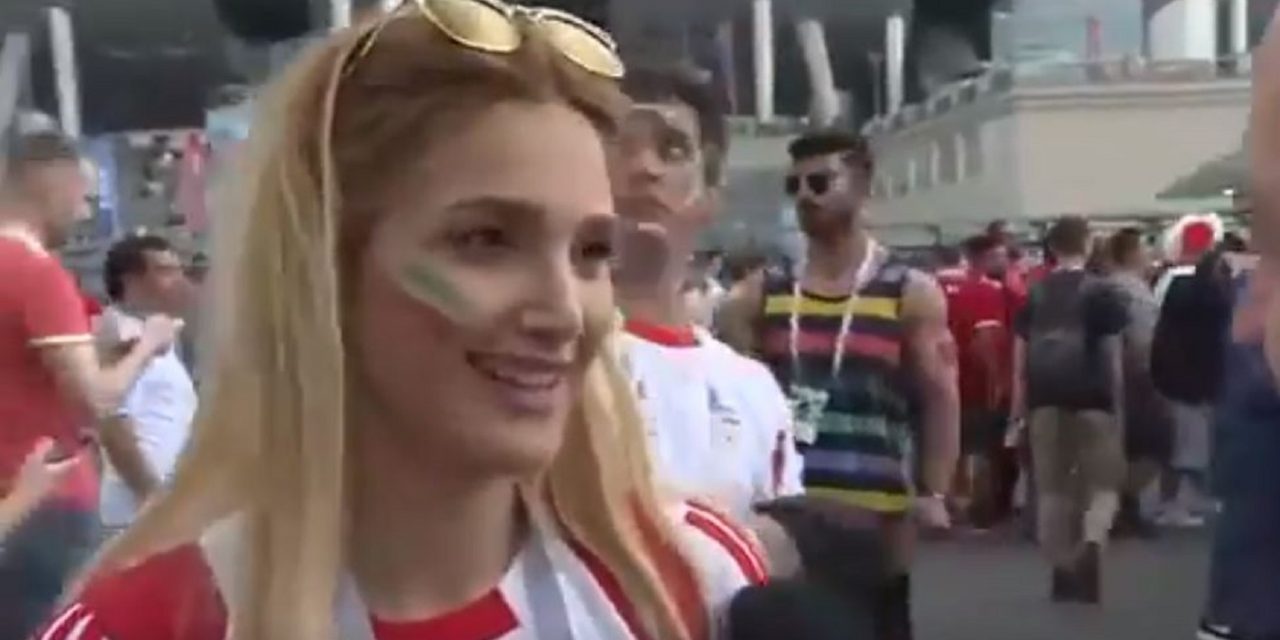 An Iranian football fan, who is not permitted to watch football in Iran because she is a woman, has told an Israeli journalist at the World Cup that “you are not our enemy, Iranians and Israelis are friends”.

In the clip, the 27-year-old says she travelled to Moscow to see her country play in what is her first football match because of the Iranian regime’s strict law prohibiting female spectators at sporting events.

In response to a question about the Iranian regime saying Israel should be destroyed, she told the Israeli journalist that “the Iranian people love you.” Watch below:

Meanwhile, this photo appeared on a Reddit account belonging to an Iranian group. The picture shows Iranian football fans enjoying the atmosphere in Red Square with Israelis.

Meanwhile, these Iranian fans also spoken with Israeli journalists about the World Cup, a significant occurrence considering the

History was made in Tehran this week after Iran’s female football supporters for the first time in 37 years they were able to attend a screening of Iran’s World Cup match against Spain in the city’s Azadi stadium.

The event did not run completely smoothly – initially police were reluctant to let it go ahead and people were turned away, but the said an intervention by the interior minister, Abdolreza Rahmani Fazli, confirmed it could go ahead, leading to joyous scenes of celebration within the ground.

After the match the Spanish captain, Real Madrid’s Sergio Ramos, tweeted a link to a report about the women watching the match, commenting: “They are the ones who won tonight. Hopefully the first of many.”