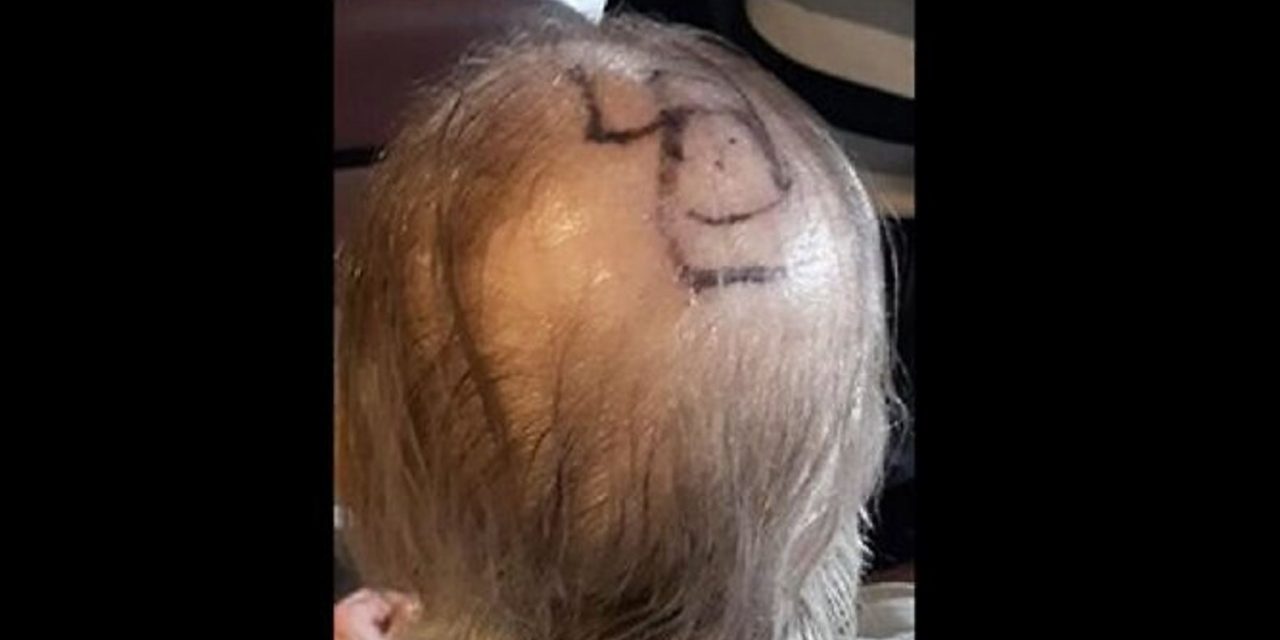 Family of an elderly man were shocked to find a swastika drawn on top of his head in black marker when they visited his care home.

The Toronto Sun reports that wwhen Shane Morrow went to visit his uncle Larry at Glendale Care Centre in Toronto’s Swansea neighbourhood this week, he noticed something strange on his head.

Shane said he and his mother initially thought his uncle had some sort of accident and that the black marks they were seeing were stitches. However, upon closer look, he realized they were very wrong.

Someone had drawn a swastika and a happy face on his uncle’s head in black marker.

Larry, who is living with Alzheimer’s, Parkinson’s and diabetes, has been a resident at Glendale (located at 46 The Queensway) for approximately two years and is on a waitlist to get into a retirement home.

Shane said he questioned the staff member on duty who allegedly told him that this was one of two swastikas that were drawn on the 65-year-old’s body by “a younger man.” She then attempted to scrape off the swastika with her fingernail, Shane said.

He said he was told that his uncle initially had a swastika drawn on his back, which was able to be washed off, but the one on his head was not.

Shane said he then began to worry as to how a person could draw on his uncle’s body like that.

“I was thinking: How did he get his shirt off? Why was his shirt off? Did this guy pull his shirt over his head and was abusing him?” Shane said, adding that he also noticed bruising on his uncle’s arms.

Shane said he was told by the staff member that the perpetrator of the incident had been arrested and the situation is under control.

Toronto police media relations officer Const. Caroline de Kloet said there was no report filed for the address in question.

Shane said that aside from the alleged abuse, he also noticed his uncle was clad in dirty clothes and living in an unclean environment at the facility.

“The smell of feces, the smell of urine, I could not believe it,” he said. “It was to the point that I wanted to grab my uncle, throw him on my back and get out of there. That’s how bad it was.”

While the Morrows are not Jewish, the Centre for Israel and Jewish Affairs (CIJA) in Toronto has reached out to them, offering support following the incident.

The CIJA has also released a statement saying they are “horrified by reports that an elderly man suffering from Alzheimer’s was brutally abused at a Toronto care facility.”

The statement continues: “That someone would commit such a vicious assault on a human being in our society is almost beyond belief.”