Netanyahu: “We never lost our right to live in Judea and Samaria” 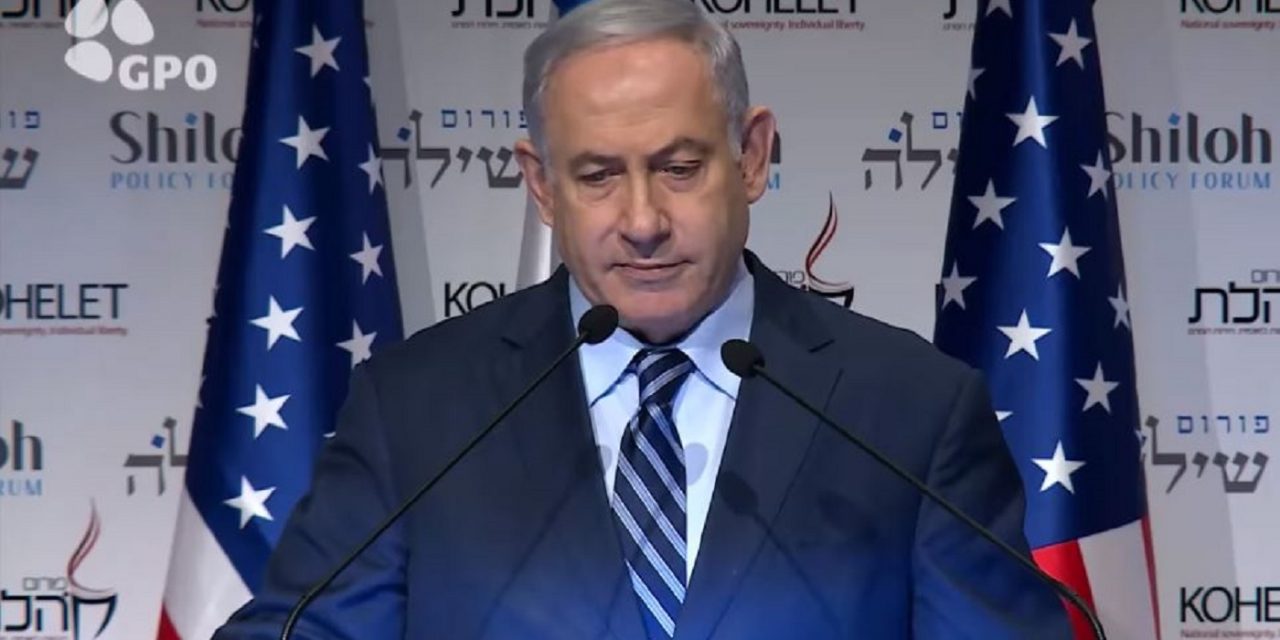 Prime Minister Benjamin Netanyahu made it very clear that settlements in Judea and Samaria will not be evacuated in any peace plan on his watch.

“We never lost our right to live in Judea and Samaria,” Netanyahu said during Wednesday’s Kohelet Forum conference.

“The only thing we lost, temporarily, was the ability to assume our rights after 1948, between the War of Independence and the Six-Day War. And when we returned there, we didn’t return to a strange land that we stole from its previous owners,” he said. “This is a total distortion of the historical truth.”

The prime minister made a point to thank U.S. Secretary of State Mike Pompeo for boldly reversing decades of U.S. policy by declaring that the Trump administration does not view settlements in Judea and Samaria as illegal.

“The Pompeo declaration about the status of the towns [in Judea and Samaria] establishes the truth that we are not strangers in our own land,” he said. “In a clearly defensive war, we returned to the land where our forefathers put down roots thousands of years ago.”

With U.S. support on this issue, Netanyahu expressed hope that the International Criminal Court’s investigation of Israeli “war crimes” in Judea and Samaria would fail.

“Pompeo’s declaration is the appropriate response to the scandalous decision of the International Criminal Court in The Hague to investigate the [the establishment of Jewish communities] in Judea and Samaria,” Netanyahu said.

“As opposed to the views of some in the European community who view Pompeo’s declaration as a step that distances peace, I say the exact opposite: This declaration advances the chances of peace, because peace must be based on truth and not lies,” he added.

U.S. Ambassador to Israel David Friedman echoed the same message during his speech at the event by saying that the U.S policy on Judea and Samaria doesn’t take away the Palestinians right to live in dignity and peace, but rather provides Jews the same rights.

“You don’t need a Ph.D. or a law degree to know who has a good claim to this land,” Friedman said. “The answer, with all due respect to the scholars, is just obvious. Because it’s so obvious – because the right of Israel to settle in Judea and Samaria is so obvious – the goalposts started to move.”