Canada: Anti-Israel activist yells “Hitler come back and kill all the Jews! Not 100% but 90% of them” 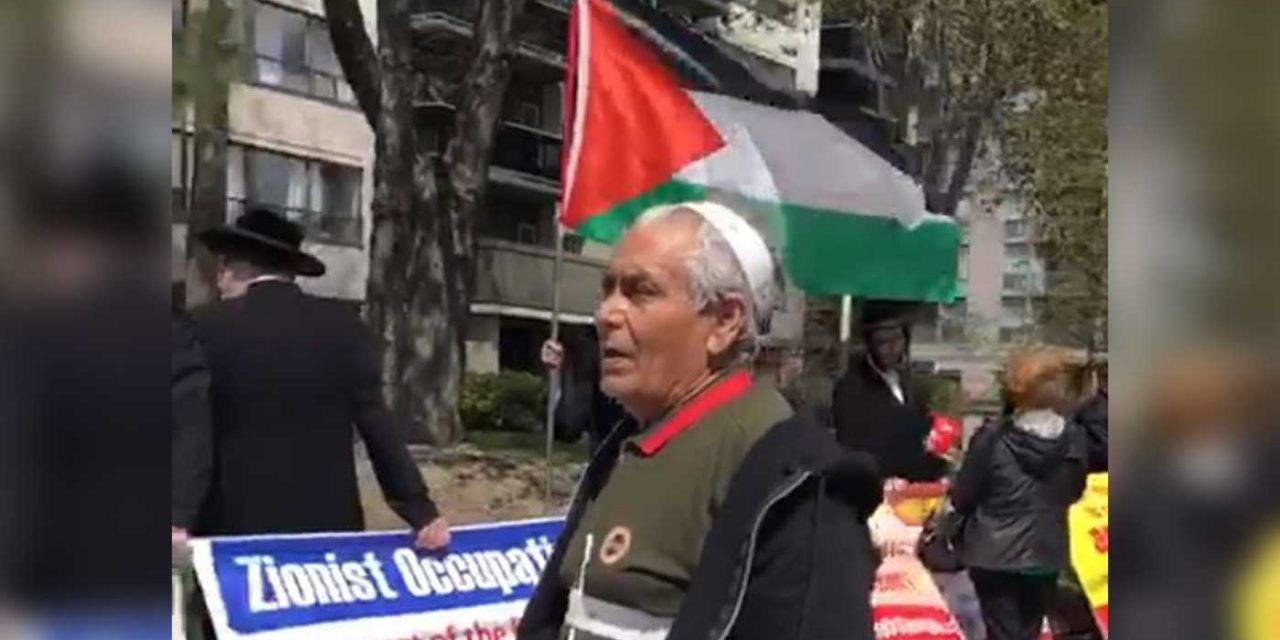 An anti-Israel activist in Canada has shown his anti-Semitism by calling for Hitler to “come back and kill all the Jews”. However, he clarified that he did not actually want all Jews to be killed, just “90% of them”.

A video of the man can be seen below, where he shouts “Hitler, please come back and kill all the jews. Not 100%, 90% of them. Please come back.” He then goes on to shout “Allah Akbar” and other phrases to provoke pro-Israel supporters during a demonstration.

#AntizionismIsAntisemitism"Moderate" antisemitism in Toronto yesterday at the Walk for Israel. "Kill all the Jews! Not 100% of them but 90% of them!"

It is likely that the man changes his “kill all Jews” statement to just being “90% of them” because there are Jews who hate Israel standing right next to him.

These Jews are members of the Neturei Karta, a religious sect of Jews who oppose Israel. They attend the anti-Israel rallies in London, for example. They portray themselves as ‘the authentic Jews’, selectively quoting from the Torah and the Talmud to justify their belief that the establishment of any Jewish state before the coming of the Messiah is forbidden.

Most are based in Israel, despite their bizarre refusal to recognise the state. There are also communities in the US and the UK.