AJ+ is anti-Semitic and its worse than you thought 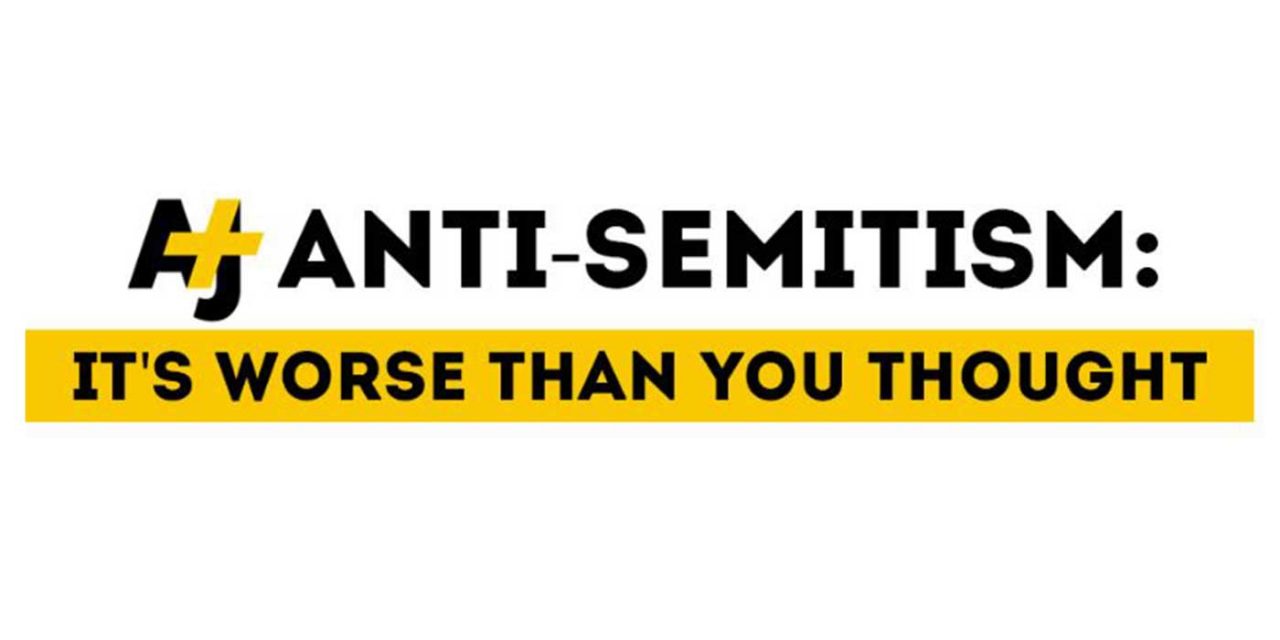 Earlier this week, popular social media channel AJ+ made headlines around the world after it published an anti-Semitic video which cast doubt on the validity of the Holocaust and falsely accused Jews and Israel of exploiting this tragedy.

What may surprise you is that this blatant anti-Semitism is not a one-off.

A video has emerged exposing even more about AJ+’s anti-Semitic views, and if the producers of the platform have such anti-Semitism coursing through them, no wonder it bubbled to the surface with a Holocaust denial video earlier in the week (a copy of the original video is at the bottom of the page).

Below is a video which exposes the anti-Semitism of many of AJ+’s top producers. The question now is, since so many other groups have been removed by Facebook for less, will AJ+ now be banned and restricted?

The makers of the video, Canary Mission, highlight some of their findings as mentioned in the video above:

Noor Harazeen indicates on her LinkedIn that she is a “Filmmaker for Aj+.” She has called for violence, glorified the terror organization Palestinian Islamic Jihad (PIJ), shown support for Hamas and expressed support for terrorists.

Amr Kawji states on Twitter that he is a “Video Editor and sometimes Producer at AJ+/Syrian from Chicago living in Doha.” He has spread anti-Semitism, defended the terror organization Hezbollah and expressed support for terrorists. On March 2, 2014, Kawji tweeted: “The yahood [Jews] run the #oscars.”

Sana Saeed indicates on her LinkedIn that she is a Host/Senior Producer at Al Jazeera+ (AJ+). She has expressed support for Hamas, promoted terrorists, spread anti-Israel conspiracy theories and defended violent anti-Israel agitators. She has also demonized Zionism and undermined Muslim interfaith dialogue with Jews. On January 18, 2015, Saeed tweeted: “Israel & Al Qaeda are likely coordinating with one another. Yeah. Imma pull a white girl and just can’t even.”

Dima Khatib indicates on her LinkedIn that she is the managing director of AJ+. She has spread anti-Semitic conspiracy theories, defended Hamas and Hezbollah, glorified terrorists and demonized Israel. On December 18, 2010, Khatib tweeted: “Behind US support for Israel there is a huge Zionist lobby with economic and media power.”

Danna Fakhoury indicates on her LinkedIn that she is a “social content producer” at AJ+. She has spread hatred of Israel, equated Zionism with Nazism and expressed support for the Boycott, Divestment, Sanctions (BDS) movement, on social media. On March 8, 2013, Fakhoury tweeted: “Zionism is hate. Zionism is evil. Zionism is the modern day Nazism. don’t be fooled. the tide is turning.”

Omar Duwaji indicates on his LinkedIn that he is a producer at AJ+. He has glorified a terrorist, demonized Israel and spread a conspiracy theory, on social media. On September 8, 2013, Duwaji tweeted: “REPORT: Hitler may not have authorized systemic murder of Jews during Holocaust.”

What did AJ+ say about the Holocaust?

Al Jazeera’s popular social media channel, AJ+, has shown its true colours by producing a horrendous video accusing Jews of exploiting the Holocaust, with Israel being the “greatest beneficiary”.

The video, approximately 8 minutes long, was posted with the caption, “The gas chambers killed millions of Jews… So the story says. How true is the #Holocaust and how did the Zionists benefit from it?”

It said that while Jews indeed suffered in the Holocaust, they exploited that suffering for their own interests, exaggerating it to the detriment of other victims.

It also accused the Zionist movement of the “purposeful inflation of the numbers of victims and the totals of dead in the Holocaust” to benefit the State of Israel.

Borrowing heavily from anti-Semitic tropes, the video explains that the reasons Jews were so “successful” at exploiting their suffering is that “the Jews of Europe in the ’30s were wealthy and controlled centers of research and media companies – which gave them the possibility after the war to exaggerate their suffering.”

Following complaints from Israel’s Foreign Ministry, Al Jazeera pulled the video on Friday night, but not before it gained 1.1 million likes on Facebook and Twitter. Two journalists have been suspended.

The video has rightly received a backlash online.

Israeli journalist, Julie Lenarz, tweeted, “This is the true face of Qatar’s Al Jazeera. Unabashed Holocaust revisionism and anti-Semitism on its Arabic channel.

Terrorism expert Liam Duffy, tweeted, “Al-Jazeera Arabic has been caught & called out for something it’s been doing for years.

“The English AJ+ is very different but it deliberately pushes grievance & victimhood politics onto Western audiences which undermine our democracy & social cohesion.”

Holocaust Denial on Al-Jazeera Network: 'Israel Is Biggest Winner from Holocaust; It Uses the Same Justification to Annihilate the Palestinians'Al Jazeera is disgusting!