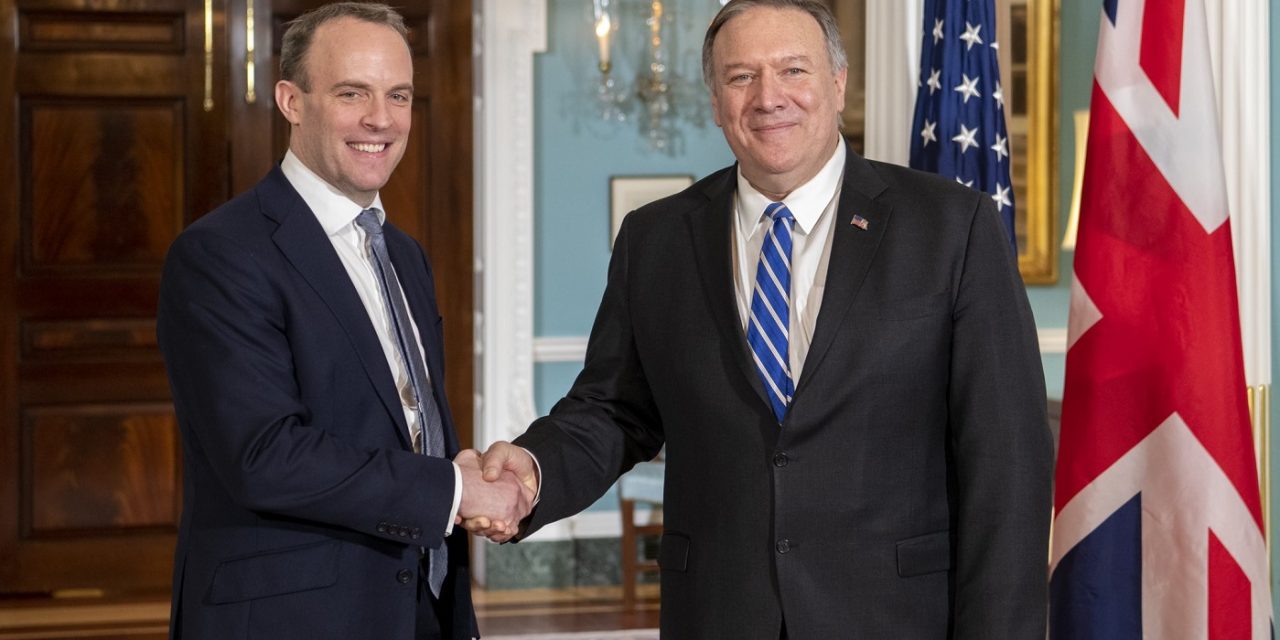 Britain has given a significant indication that it is considering withdrawing from the Iran nuclear deal if the country continues to carry out attacks in the Middle East. The comments by Foreign Secretary Dominc Raab in Washington is the first time the UK has mentioned the possibility – a move that would be a dramatic shift in policy.

The warning follows President Trump using a keynote address on Wednesday in which he called for Britain and other co-signatories to end the disastrous deal and reimpose sanctions.  Until now Britain has continued to back the deal, including this week, despite increasing tensions in the region and the fact that Iran has breached its terms several times.

“The very defective JCPOA expires shortly anyway, and gives Iran a clear and quick path to nuclear breakout, said Trump in an official address at the White House on Wednesday,  “Iran must abandon its nuclear ambitions and end its support for terrorism.  The time has come for the United Kingdom, Germany, France, Russia, and China to recognise this reality.”

The plea by the President followed Iran’s launch of 22 missiles at two Iraqi air bases housing US troops.

“They must now break away from the remnants of the Iran deal -– or JCPOA –- and we must all work together toward making a deal with Iran that makes the world a safer and more peaceful place.”

After a meeting with the US Secretary of State in Washington, Dominic Raab hit out at Iran’s government and suggested for the first time that the Iran deal, officially called JCPOA, may be under threat.

After the assassination of military commander Qassem Soleimani last week, Iran’s government announced that it no longer felt bound by the terms of the JCPOA. The country’s foreign minister said the step was “reversible” depending on the response of other countries.

CUFI UK calls for Britain to end the Iran deal