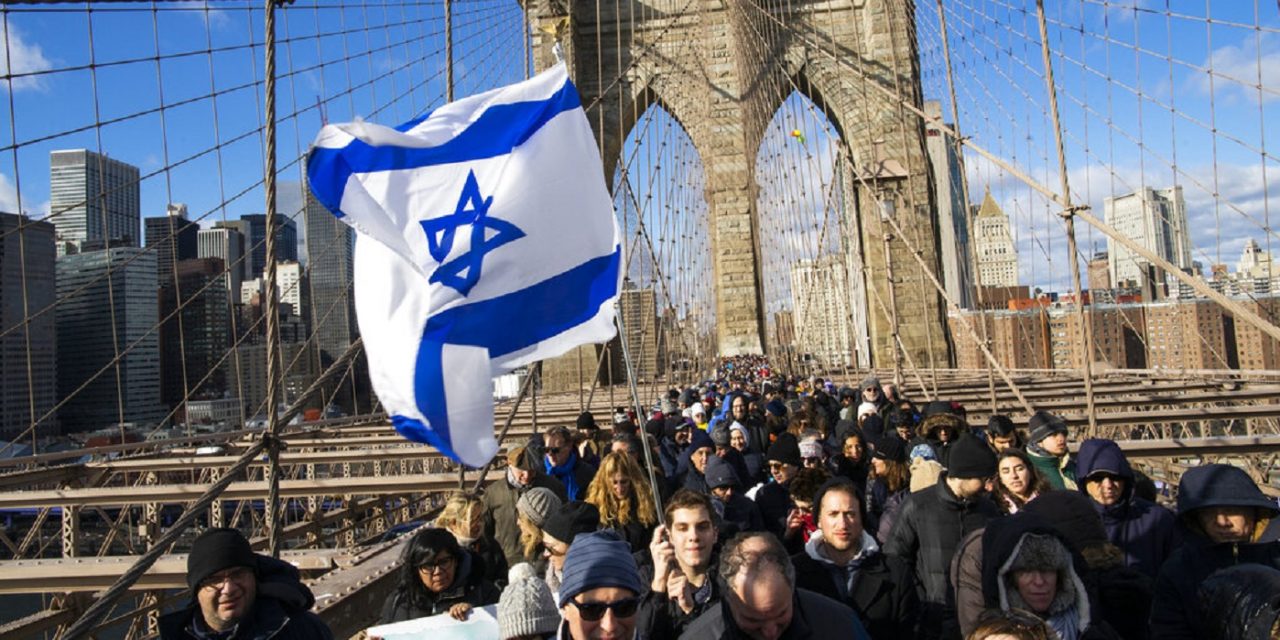 In a massive display of solidarity against anti-Semitism, more than 10,000 people, including New York’s governor, marched across the Brooklyn Bridge on Sunday to protest a recent string of hate attacks in the New York-New Jersey region, including a machete rampage at a rabbi’s home during a Hanukkah celebration.

The demonstrators chanted “No Hate, No Fear” as they gathered in Foley Square in lower Manhattan and marched across the bridge to Cadman Square in Brooklyn, accompanied by a heavy police presence.

New York Gov. Andrew Cuomo kicked off the march by announcing the state will spend an additional $45 million to protect faith-based groups from being targeted for hate crimes.

“I’m heartened to see this amazing show of support and solidarity. Literally over 10,000 people have shown up to show support and love for the Jewish community, and that’s New York at her best,” Cuomo said.

The protest came a week after a man armed with a machete stormed a Hanukkah celebration at a rabbi’s home in the New York City suburb of Monsey, stabbing six members of the ultra-Orthodox Hasidic Jewish congregation.
The Hanukkah rampage followed at least 13 anti-Semitic attacks in the New York-New Jersey region, including nine in New York City.