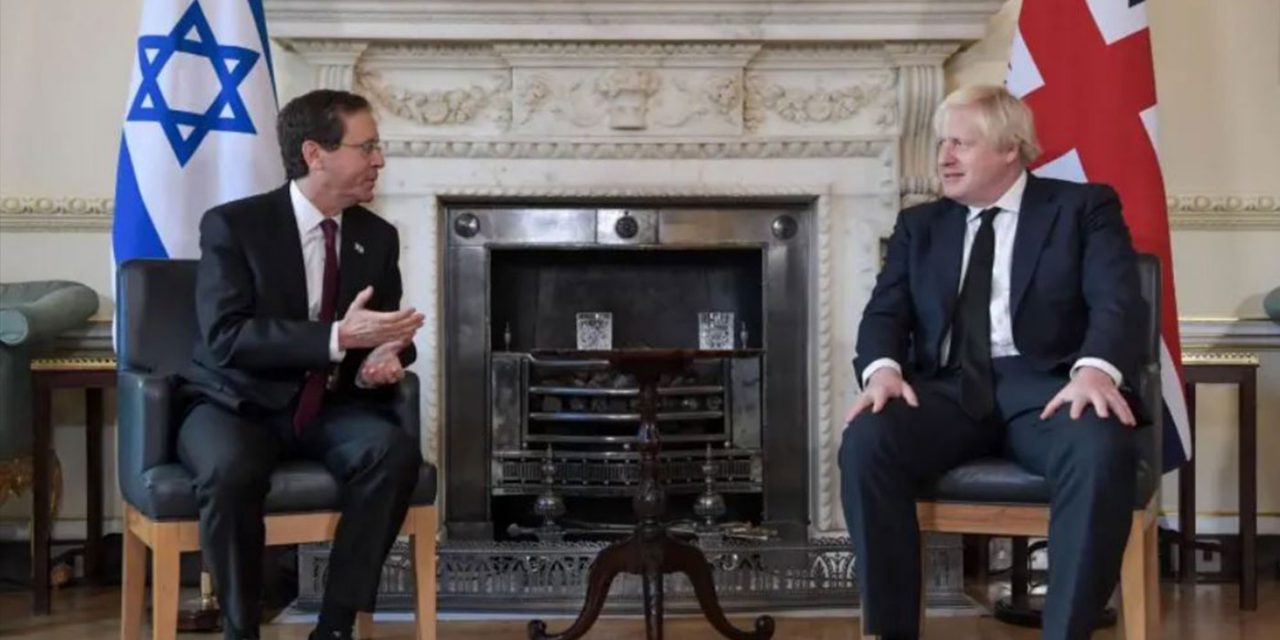 According to the Israeli head of state’s office, Herzog’s focus was on thanking the UK for outlawing Hamas and pressing Johnson to be tough on Iran to prevent the Islamic Republic from obtaining nuclear weapons – a key concern for Israel at this time.

Herzog said Israel is looking to the UK and other allies who are involved in the negotiations with Iran to be “as tough as possible because we do not believe that they [Iran] are operating in a bona fide manner, and only if all options are on the table may things move in the right direction.”

President Herzog also thanked Johnson for the decision on Friday to outlaw the Hamas terror group in full. This means it is illegal to support the terror group in the UK.

“This is a very important message to terror organizations and global radicals trying to undermine the situation in the Middle East,” said Herzog.

In response, Johnson said: “I want to echo quite strongly those points and first of all on Hamas, I think it is the right decision, it was a difficult and controversial decision but I think the right thing, and by the way a decision that I think was almost immediately vindicated by the appalling incident that we saw in Israel. Terrible, terrible thing.”

The Prime Minister was referring to a deadly shooting attack that occurred in Jerusalem’s Old City on Sunday by a member of Hamas. In the shooting, an Israeli tour guide was killed and four others were injured.

“And your point about Iran is also well-made, and we see a situation in which the world doesn’t have much time,” Johnson added.

Additionally, the pair discussed a number of other topics according to the UK Prime Minister’s office, such as cooperation in tackling COVID-19. The two stressed their commitment to boosting ties in security, trade and technology, including by moving forward with an enhanced free trade deal.

The Prime Minister noted positively the recent agreement between Israel and Jordan to provide solar power and clean water, and they discussed opportunities to cooperate on green, sustainable infrastructure following COP26.

On regional stability, the Prime Minister welcomed the recent normalisation agreements with a number of Middle East states, and reiterated the UK’s commitment to Israel’s security and to the stability and prosperity of the region.

Prime Minister Johnson also reaffirmed the government’s absolute commitment to tackling anti-Semitism in the UK and internationally, as they looked ahead to Hannukah celebrations next week.