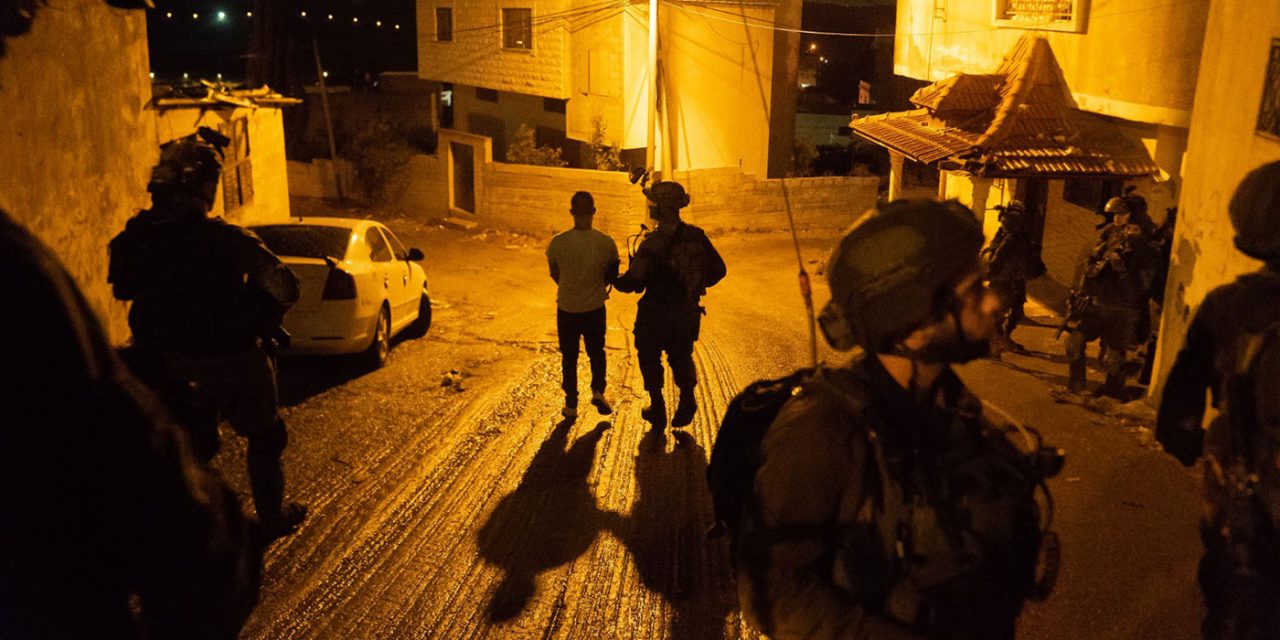 Israeli security forces on Monday carried out a major operation that resulted in the arrests of fifty cell members living in Judea and Samaria (the West Bank). The arrests thwarted imminent terror attacks that were going to be taking place, including suicide bombings and attempted kidnappings.

The news comes just a day after a deadly terror attack occurred in Jerusalem when a Hamas member opened fire in Jerusalem, killing an Israeli tour guide, Eli Kay, and injuring four people.

According to the Shin Bet, Israel’s intelligence agency, over 50 Hamas operatives were arrested across Judea and Samaria for suspected involvement in the cell and large quantities of weaponry was seized, including the materials needed to make at least four explosive belts for suicide attacks. An undisclosed amount of money was also seized in the raids.

“You thwarted a large infrastructure, some of which you know was ready to go with explosive belts… grenades and other explosives,” IDF Chief of Staff Aviv Kohavi told the military commanders whose units took part in the raids. 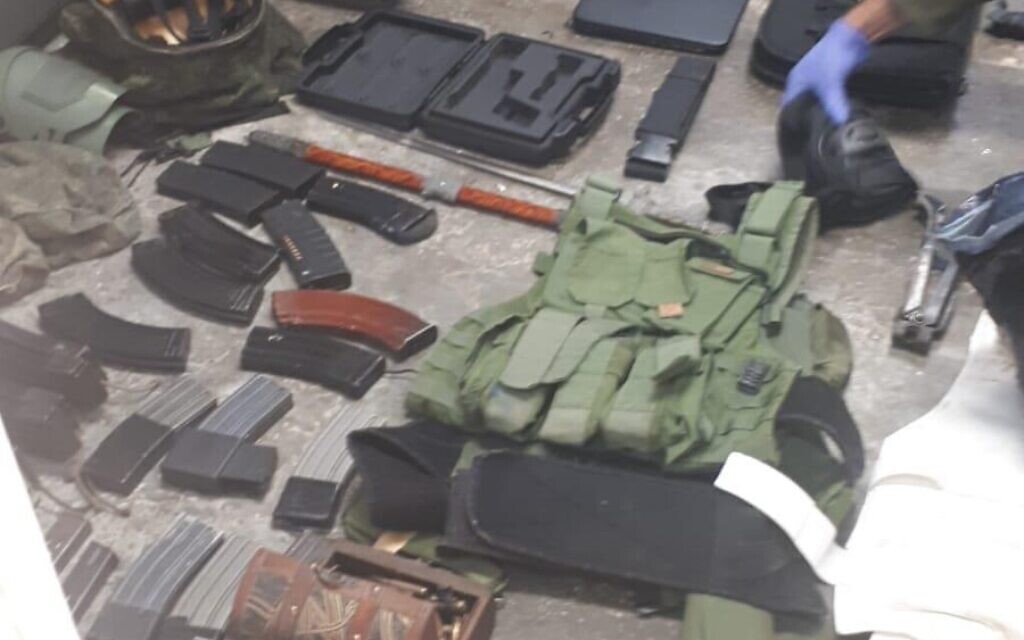 According to the Shin Bet, the Hamas cell was led from afar by Saleh al-Arouri, deputy head of the terror group’s politburo, and Zacharia Najib, a member of the organization who was released from Israeli prison in the 2011 Gilad Shalit exchange, where he allegedly continues to operate on behalf of Hamas. In the 2011 deal, over 1,000 Palestinian terrorists were released from Israeli incarceration in exchange for the release of Shalit, an IDF soldier who had been kidnapped by Hamas along the Gaza border in 2006. Both al-Arouri and Najib live in Turkey, which has long had a close relationship with Hamas, which is politically linked to Turkish President Recep Tayyip Erdogan.

Najib, who took part in the kidnapping and killing of Israeli soldier Nachshon Wachsman in 1994, was allegedly involved in a failed Hamas plot to assassinate Israelis abroad in 2019.

The Shin Bet said al-Arouri invested hundreds of thousands of shekels in the cell’s activities and offered a prize of $1 million if the cell successfully carried out a kidnapping.

There are reports that the arrests were made the week prior, but because of diplomatic tensions with Turkey, after Turkish officials arrested an innocent Israeli couple on trumped-up charges of espionage, Israeli officials sought to delay the news to ensure the couple were back home in Israel safely before Turkey was left embarrassed by the revelation of terrorists operating in their midst. However, Turkey’s President Erdogan has been openly supportive of Hamas in the past, meeting Hamas leaders and allowing his country to become a safe haven for the terror group to operate. Both Hamas and Erdogan are members of the Muslim Brotherhood.

Foreign Minister Yair Lapid called on Ankara to close Hamas’s offices in Turkey and said countries around the world should designate all of Hamas, and not only its military wing, as a terror group. This is something the UK government has just done, making it illegal to support Hamas or promote their activities in the UK.

“Hamas’s offices in Istanbul must be closed. We need to prevent these criminal terrorist activities against Israeli citizens in every place and under all circumstances,” he said in a statement.

The Shin Bet has been uncovering the cell for several months. In September, there were gunfights between Israeli soldiers and members of the cell. Two Israeli soldiers were injured in those clashes and several Palestinians were killed in the gunfights.