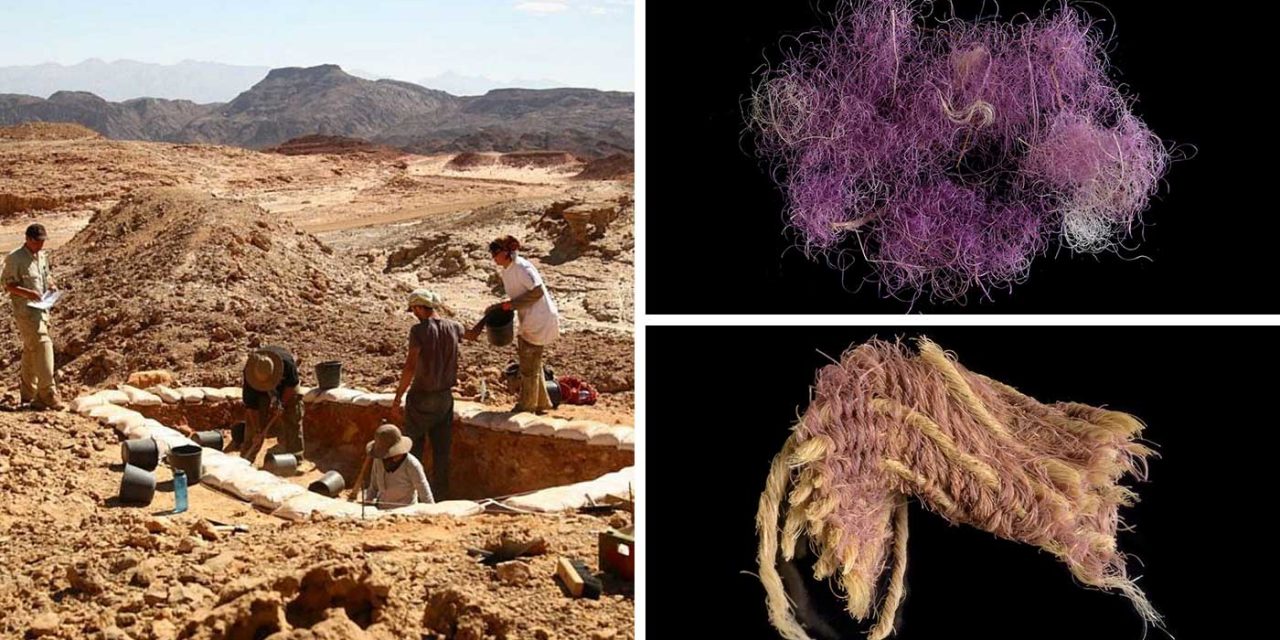 Israeli researchers have found three textile scraps near the southern tip of Israel colored with the biblically described “argaman” royal purple dye, and dated them to circa 1,000 BCE — the era of King David. The earliest ever such finds in this region, the vibrant cloths add tangible weight, in particular, to the Bible’s account of an Edomite kingdom in the area at that time.

Colored with the most precious dye of the ancient world, the textile scraps were excavated in the Timna Valley near Eilat, and offer startling new insight into an ancient elite class. The tiny, vibrantly colored Iron Age cloth pieces are the earliest evidence of this precious dye in the entire Southern Levant and shed new light on the early Edomite kingdom and Israelite kingdoms 3,000 years ago — a period when the Bible details the conquering of the Edomites by King David.

Also called “true” or “Tyrian purple,” the vibrant, millennia-lasting color is produced by dye glands gathered from three species of live murex sea snails on the shores of the Mediterranean Sea. To reach the famed King Solomon Copper Mines at Timna near the shore of the Red Sea, the cloth would have traveled hundreds of kilometers, which only added to its prestige and value.

“It is a very early period to find ‘true purple’ in use and it’s a very strange location,” Tel Aviv University Prof. Erez Ben-Yosef told The Times of Israel Thursday. “It’s deep in the desert, where we didn’t [traditionally] think these prestigious materials were in use.”