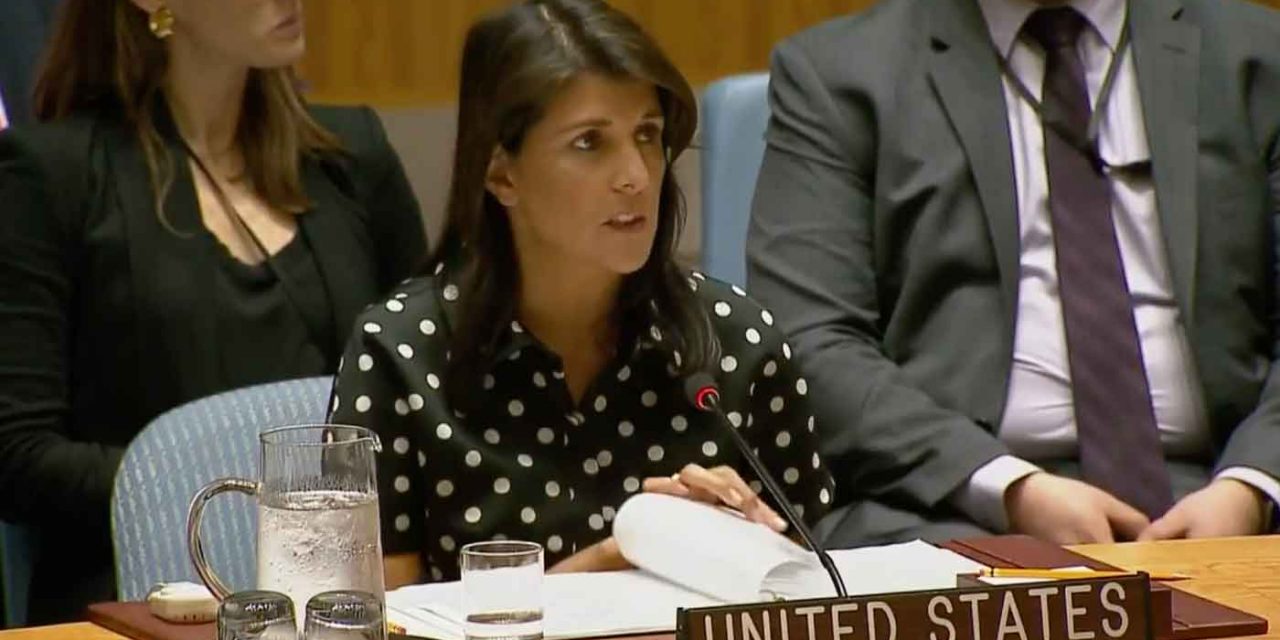 Former Ambassador to the UN, Nikki Haley, has spoken out about the reopening of the Palestinian mission in Washington without a strategy, saying it signals a ‘reversal towards peace’ in the Middle East.

“A recurring theme is that Biden wants to reverse all Trump initiatives,” Haley wrote on Facebook, “Why not be strategic about it? Why reopen the Palestinian mission in DC without requiring they come to the negotiating table? This signals a reversal towards peace in the Middle East.”

It follows the announcement this week that the US will reopen the Palestine Liberation Organisation mission in Washington DC.

U.S. Ambassador to the United Nations Richard Mills told the Security Council on Tuesday said the Biden administration will restore U.S. assistance to the Palestinians.

The Trump administration cut off most U.S. assistance to the Palestinians, including through the Taylor Force Act, due to Palestinian leadership financially rewarding terrorists and their families. The PLO mission was closed in October 2018.

While Biden will encourage more Arab countries to normalize ties with Israel, that’s “not substitute for Israeli-Palestinian peace,” said Mills.

Meanwhile, a report by the Palestinian Maan News Agency said that the PLO has had contact with the Biden administration. Ahmed Majdalani, who sits on the Executive Committee of the PLO, said that the Biden administration has expressed support for a two-state solution and against former President Donald Trump’s Mideast peace plan. He also said that Biden has promised to re-open the PLO’s mission as well as restore aid to UNRWA.