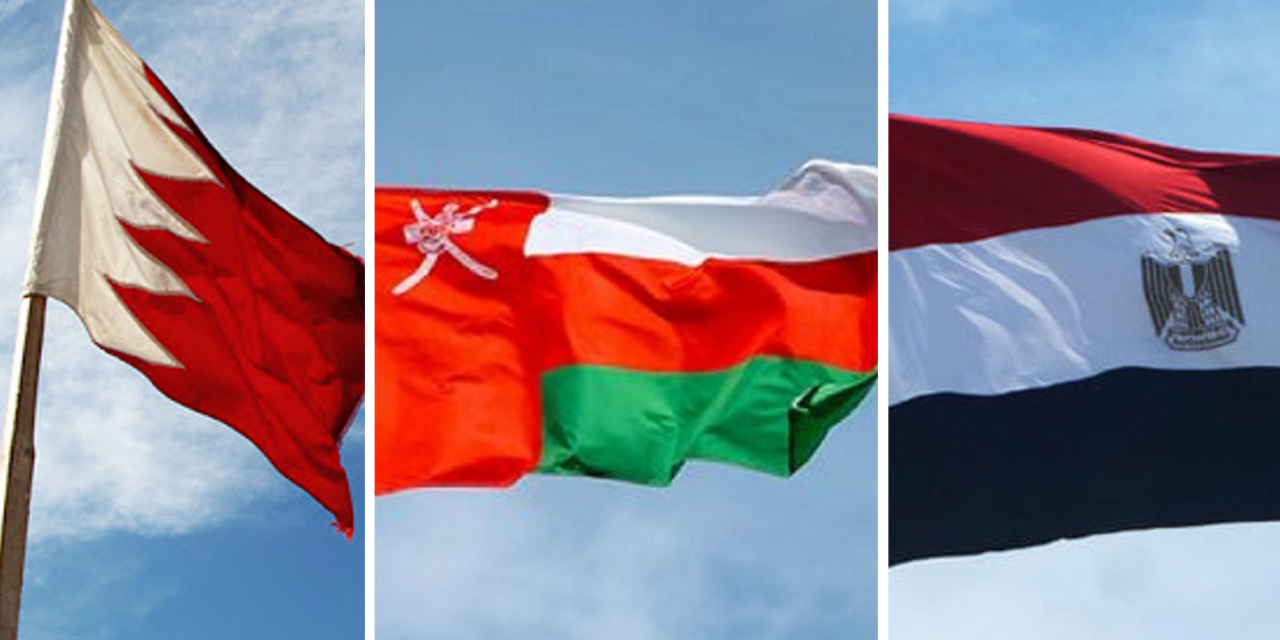 Bahrain, Oman and Egypt have welcomed the historic peace agreement between the UAE and Israel.

The Gulf state of Oman said on Friday it supported the United Arab Emirates’ decision to normalise ties with Israel, saying it hoped the accord would contribute to a comprehensive, just and sustainable peace in the Middle East.

Meanwhile, Bahrain could be the next country to establish diplomatic ties with Israel, according to government sources.

The Bahraini Ministry of Foreign Affairs said in a statement, “The Kingdom of Bahrain commends the sincere diplomatic efforts made by the UAE and stresses that this historic step will contribute to the consolidation of stability and peace in the region. It hails, at the same time, the great efforts made by the United States of America to reach this deal, in continuation of US efforts to strengthen the foundations of world security, stability and peace and looks forward to more efforts to reach a just, comprehensive and lasting solution to the Palestinian-Israeli conflict.”

Israeli official: Bahrain is expected to be the next country who will esteblish diplomatic ties with Israel

US officials to Palestinian media: Bahrain and Oman are expected to normalize ties with Israel 'in the near future'

Egypt, the Middle East ally of both the UAE and Israel, also welcomed the agreement. Egyptian President Abdel Fattah El-Sisi said the deal will usher in a new era of peace in the region. “I followed with interest and appreciation the joint statement between the United States, United Arab Emirates and Israel to halt the Israeli annexation of Palestinian lands and taking steps to bring peace in the Middle East,” Sisi said in a tweet. “I value the efforts of those in charge of the deal to achieve prosperity and stability for our region.”

CUFI applauds historic normalisation of ties between Israel and UAE