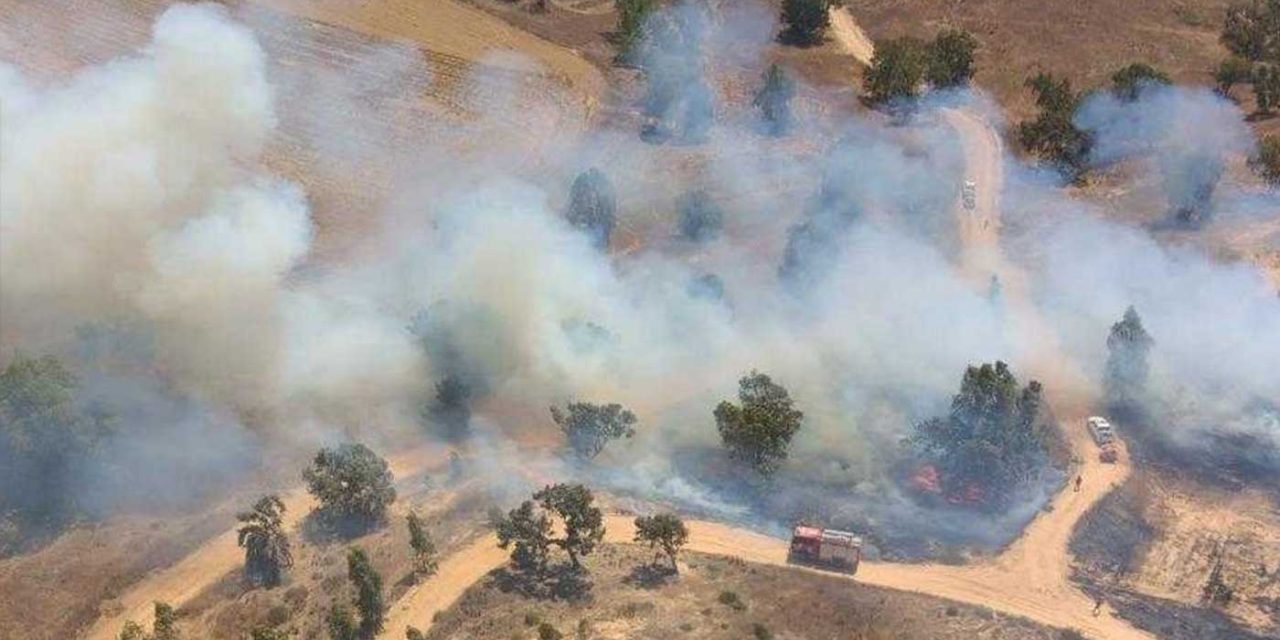 Israel launched airstrikes against Hamas targets in the Gaza Strip for the third night in a row early Friday, the military said, as the government was said to be planning to step up its response to a spate of attacks using balloon-borne arson and explosive devices launched from the Strip into Israel in recent days.

The overnight attack on sites used by Hamas, the Islamist terror group that rules the enclave, was the fourth such operation since the start of the week.

The Israel Defense Forces said a Hamas aerial defense post, observation posts and underground infrastructures had been hit on Friday. There were no reports of casualties.

“Over the last week, explosive and arson balloons have been launched from the Gaza Strip into Israeli territory,” the army said in a statement. “In response, a short while ago, IDF fighter jets, attack helicopters and tanks struck a number of Hamas military targets in the Gaza Strip.”

A similar attack the previous night caused no reported casualties but was said to have left an unexploded missile inside a UN-run school compound in a refugee camp.

Dozens of blazes have been reported this week in southern Israel, as makeshift firebombs attached to bunches of balloons or kites set agricultural fields and brush alight.