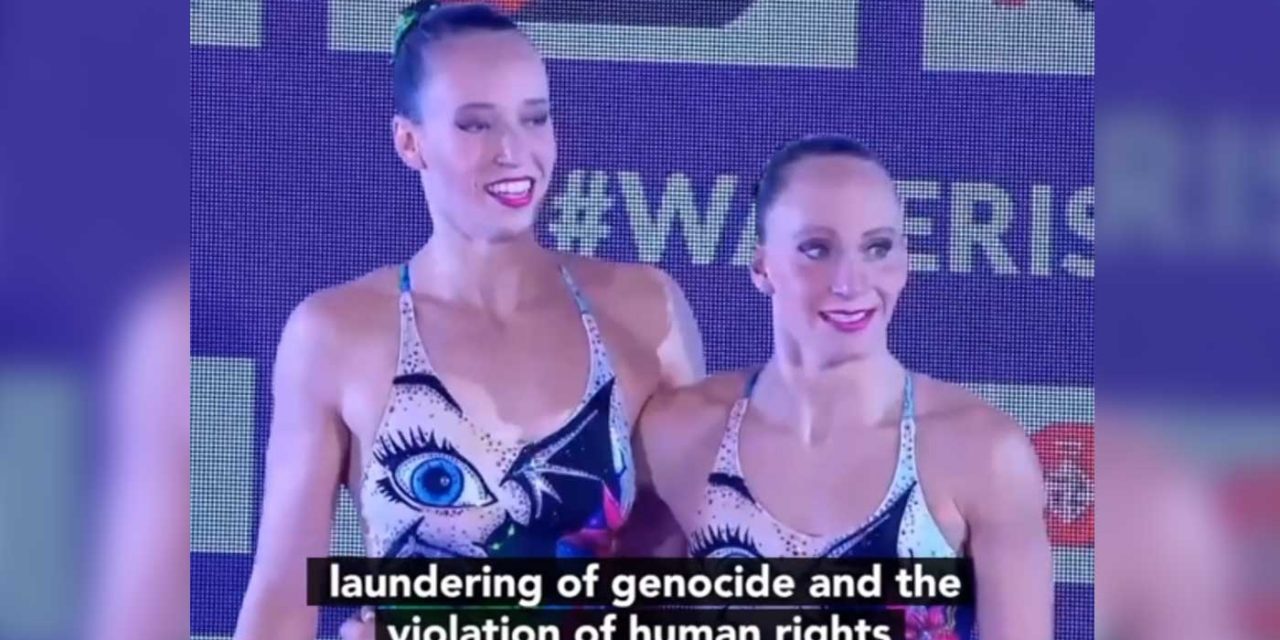 A commentator on a Spanish TV channel accused Israel of “genocide” and claimed Israel’s involvement in international sports was “whitewashing” the alleged actions of the government.

On Sunday, two Israeli athletes, Eden Blecher and Shelly Bobritsky, competed in Barcelona for the Women Duet category of the Artistic Swimming Qualification Tournament. They clinched fourth place assuring their participation in the 2021 Olympics in Toyko. A great achievement.

Shamefully, the commentator on TV3, the state broadcaster for Catalan (a separatist Spanish region that seeks independence from Spain), used the opportunity to spread hatred against Israel.

“Beyond the technical commentary, I’d like to draw attention to the fact that Israel’s international presence is another strategy for whitewashing the genocide and violations of human rights that they’re committing against the Palestinian people,” the commentator, swimmer Clara Basiana, said during the live transmission.

As Blecher and Bobritsky celebrated their score with smiles and hugs, Basiana continued.

“We’ve seen it repeatedly in Eurovision, and it’s as though the war crimes of the State of Israel are erased and we’d like to point this out to the viewers so as not to normalize it,” she said.

First, it should be pointed out that the accusations levelled against Israel are completely false. There is no “genocide” happening between Israel and the Palestinians. That is a lie.

Second, no individual athletes of a country should be held accountable for the actions of their government. Does this same pundit speak of the alleged crimes and atrocities of other countries while their athletes wait for their scores? Does she give a comment on China’s treatment of the Uighurs every time a Chinese athlete appears on screen?

Third, how is Israel “whitewashing” anything through sport or Eurovision? These athletes are individual citizens who through hard work and natural ability have pursued a career in the sport they love. As with all other athletes, they compete for their country. You don’t choose the country you are born in and to compete under the flag of that country doesn’t make you a tool of the government.

To single out Israeli athletes in this manner and to not do this for any other country shows that the presenter is holding Israel to a higher standard than other countries and it is no wonder they are being accused of anti-Semitism.

The IHRA definition of anti-Semitism, which has been adopted by most governments, including Spain, states that someone is anti-Semitic when they apply “double standards” against Israel “by requiring of it a behaviour not expected or demanded of any other democratic nation”.

This is exactly what is happening here.

In addition, Clara Basiana also displays a lack of emotional intelligence in this situation. She has clearly allowed her hatred of Israel to get the better of her. As a sports pundit, her job is to commentate on the sport and speak about the performance of the athletes, not to insert political opinion into a non-politic event.

We hope that TV3 will take action so this kind of unprofessional (and arguably anti-Semitic) behaviour does not tarnish its broadcasts in future.