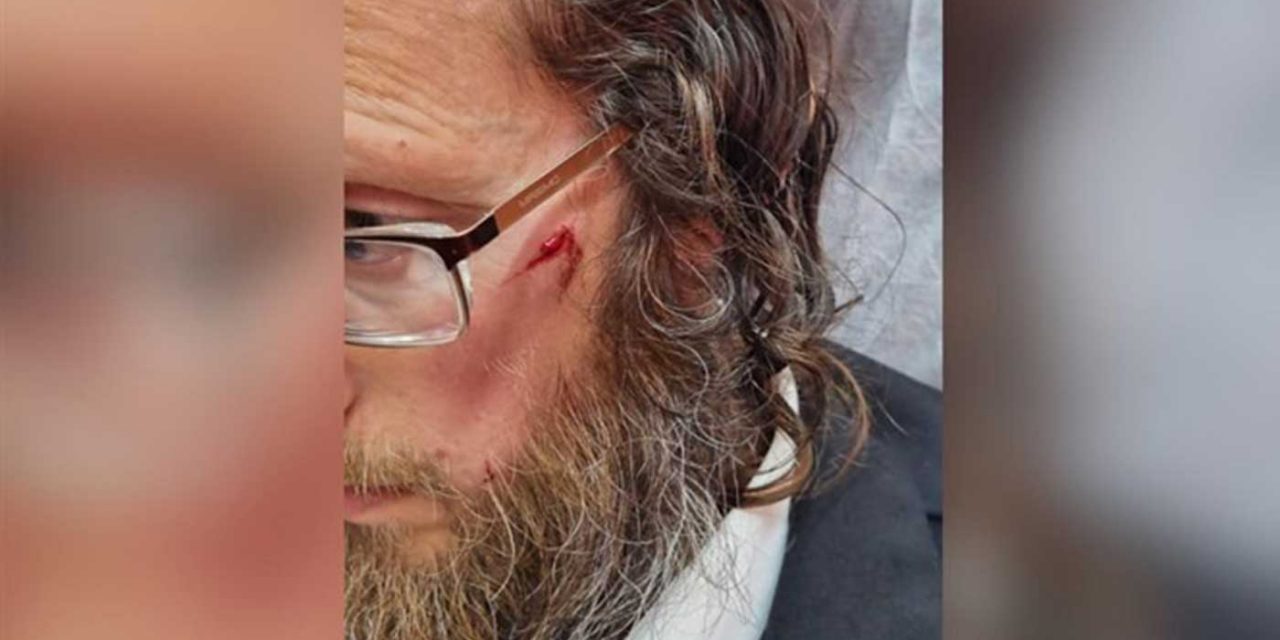 Arabs on Thursday evening attacked a haredi man at the Damascus Gate in Jerusalem, throwing rocks and vegetables at him until he was injured. He managed to escape his attackers and reached police officers who were stationed at the nearest intersection, then was rushed to the hospital.

Recalling the incident, the man said the attack took place shortly before 8:00 p.m. “There were disturbances outside the Damascus Gate. A policeman told me that there was no problem passing, so I went up the stairs of the Damascus Gate.”

As he crossed the street, the attackers began throwing rocks and vegetables at him.

“From the other side they started throwing potatoes at me. There was one big man who ran after me, and who apparently kicked me or hit me in the back and made me drop my cart. I kept walking, I felt a rock or a bottle hitting my left cheek. There was a group of Arabs who ran after me, like that one.”

But the attack did not end there.

“After that a rock was thrown at me which hit my left side, and it knocked down my hat, my kippah, my glasses. But I did not bend down to pick them up so as not to be hit by another. I continued to the junction, because I saw there was a police checkpoint there, even though I was without glasses. I went to the policeman and told him I was attacked. The policeman tried to help me, and after that security officers from the Light Rail showed up as well. Only after that did Magen David Adom come and treat me, and take me to the hospital.”