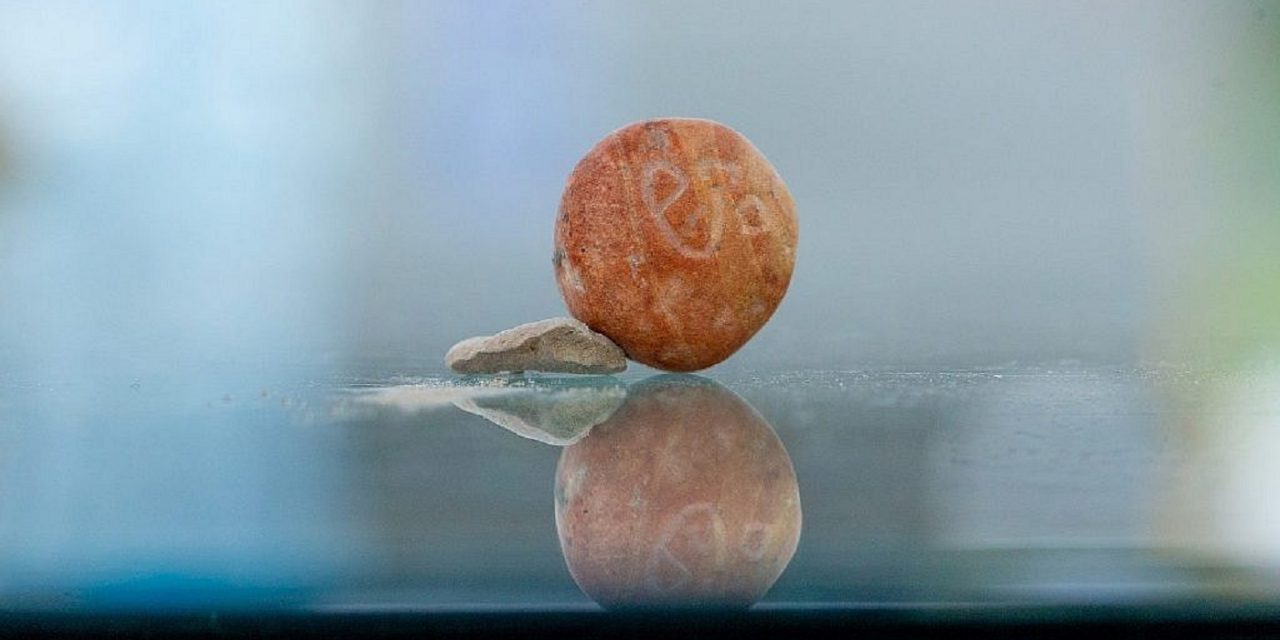 A rare weight, bearing an inscription mentioned in the Bible, was discovered in an excavation near the Western Wall in Jerusalem, The Times of Israel reportedWednesday.

The tiny stone has the word beka, a weight mentioned in the Bible — both in Genesis in describing the jewelry given to Rebecca and in Exodus describing the weight of the coins Jews were required to donate for the census — inscribed on it.

For some reason, the inscription of “beka” is written in “mirror writing.” The orientations of the letters and the word are backward.

Archaeologist Eli Shukron, who is leading the excavation for the Israel Antiquities Authority, speculated that the craftsman who created the weight also designed seals, which were created with “mirror writing.”

“Apparently, the seal craftsman got confused when he engraved the inscription on the weight and mistakenly used mirror script as he was used to doing. From this mistake we can learn about the general rule: the artists who engraved weights during the First Temple period were the same artists who specialized in creating seals,” Shukron explained.

The beka was found in dirt that had been excavated from under Robinson’s Arch in 2013.

The census tax described in the Bible is supposed to be a silver half-shekel coin which weighs a beka.

“When the half-shekel tax was brought to the Temple during the First Temple period, there were no coins, so they used silver ingots. In order to calculate the weight of these silver pieces they would put them on one side of the scales and on the other side they placed the Beka weight. The Beka was equivalent to the half-shekel, which every person from the age of 20 years and up was required to bring to the Temple,” Shukron explained in a press release.

According to the press release, a biblical shekel weighed 11.33 grams.

The Times noted that there were a number of weights mentioned in the Bible: kesitah, kikar (talent), shekel, beka, mina (maneh), gerah and pim. A beka was half of a shekel, and ten gerah were the equivalent of a beka.

“This is a word that is used both inside and outside of the Bible. You don’t need to ask too many questions, just open the Bible and see it. It’s very simple. You can see beka written in the Bible and what it was used for, and there you have it,” Shukron said, explaining the significance of the location where the beka was found.

“The Bible, the artifact found close to Solomon’s Temple, north of the City of David, the Temple foundations – everything is connected,” he added.

“This three-thousand-year-old Beka weight, inscribed with ancient Hebrew was likely used in the First Temple, anchoring once again, the deep historical connection of the Jewish People to Jerusalem,” Doron Spielman, Vice President of the City of David Foundation, which funded the excavation, said.

The discovery of the beka weight is the latest archaeological find confirming the Jewish historical ties to Jerusalem. During the past year, archaeologists have found an inscription of the word “Jerusalem” in Hebrew from 2,000 years ago,  a 2,200-year-old earring, and a 2,700-year-old seal from the First Temple era.

Despite the mounting archaeological evidence of the Jewish presence in Jerusalem, UNESCO, the United Nations’ cultural and scientific organization, consistently adopts resolutions denying this historical connection.