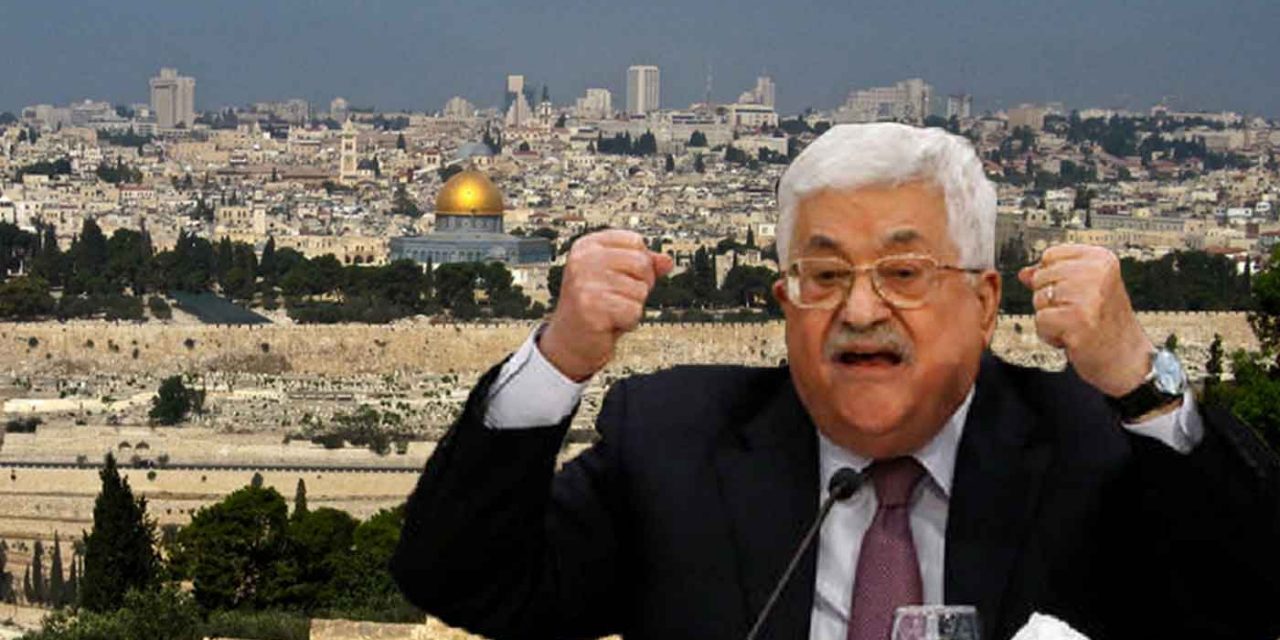 Palestinian Authority leader, Mahmoud Abbas, has called upon Christians to join together with Muslims in the fight against Israel. The absurd call to action from Abbas goes against the words of the Bible which teach Christians to love Israel and the Jewish people.

We are happy to say we will not be heeding this call by Abbas but instead will use them to challenge the lies.

Abbas made his comments when he met with the leader of the Greek Orthodox Church in Ramallah.

Abbas claimed that the “prime Zionist goal is emptying this land of its Christians and Muslims. They [the Jews] don’t want anyone here other than themselves.”

Let’s be clear, what Abbas says is not Zionism’s goal.

In fact, we are Zionists here at Christians United for Israel, and our belief is that Zionism is support for the Jewish people living in their ancient homeland of Israel, as given to them by God in the Bible. It isn’t about Jews “emptying” the land, but instead making it their home. And we know from Israel’s law that all are welcome.

Abbas is right that Christians have been in the land of Israel longer than Muslims, but his historical logic is completely flawed when it comes to Christians and Jews.

You see, Christianity is born out of Judaism. Christians did not exist until after the Jewish people had already made Jerusalem their capital.

Christians believe that God sent His Son, Jesus, to earth to become a living sacrifice. Jesus was Jewish. He was born into the tribe of Judah, one of the twelve tribes of Israel. Jesus visited the Jewish Temple on the Temple Mount in Jerusalem. He carried out the customs of Jews.

What’s more, the first Christians were themselves Jews who followed Jesus. Christians only came into being as a separate group of people from the Jews when they believed in the death and resurrection of Jesus, acknowledging that Jesus – born a Jew – was the son of God.

Christians were in Jerusalem before Muslims, true, but Jews were there before Christians. Abbas is playing mental gymnastics to try and keep his bogus historical narrative intact.

Abbas then claimed, “The Christian is the brother of the Muslim. They celebrate together, suffer together, live together, work together and fight together against their enemy [Israel] because we have been the owners of this land since this land’s existence.”

It should be noted here that Christians around the world are the largest supporters of Israel. Israel and the Jewish people are not our “enemy” as Abbas claims. In fact, those who oppose Israel put themselves in direct opposition to God.

Abbas concluded by claiming that Christians and Muslims “will remain in this land forever, while the attackers [the Jews] have no place in Jerusalem and no place here.”

As pointed out earlier, Jews are the owners of the land. Judaism was the first religion. Christianity was born out of it. And Islam was created much later. This is a historic fact.

The Bible is also clear that God gave the land of Israel to the Jewish people and we as Christians must always pray for Israel and for the peace of Jerusalem. There is no way for a Christian to say they believe the Bible without being a Zionist. God made a covenant with Israel that is eternal.

We will always stand together with the Jewish people and defend them from those who seek to destroy them. For Zion’s sake, we will not be silent!