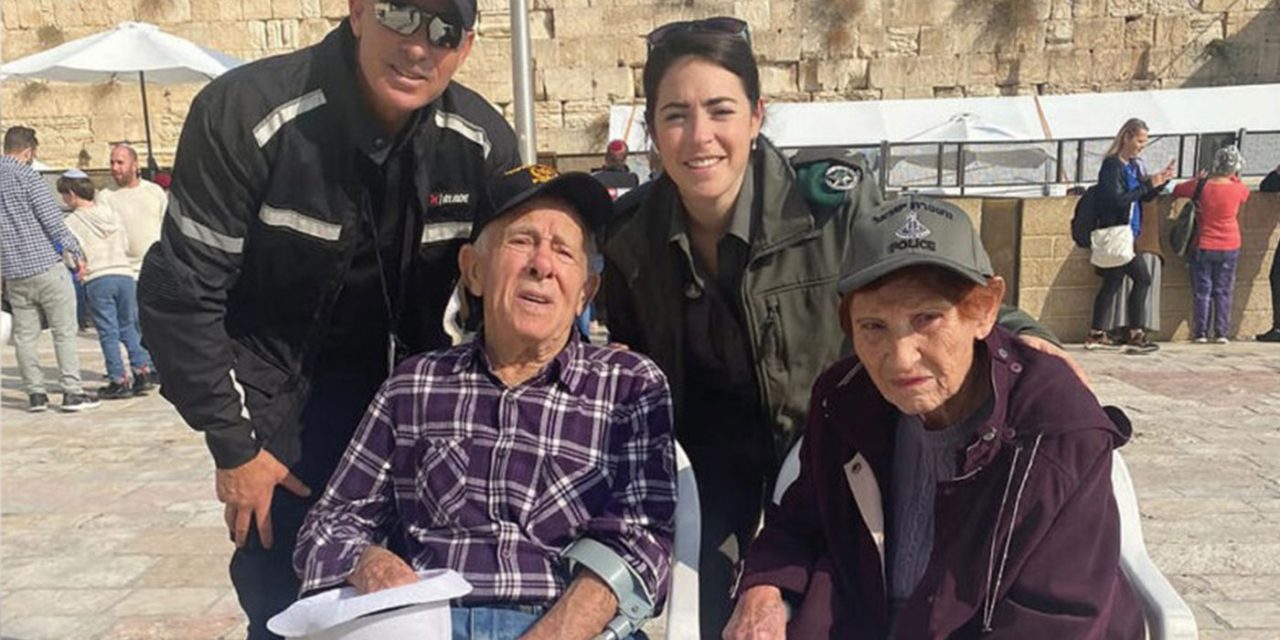 A Holocaust survivor has celebrated his bar mitzvah for the first time at the age of 94. He was unable to celebrate the big occasion originally because of the Holocaust where he spent time in Auschwitz.

Arie Ronski, 94, originally from Lodz in Poland, lost one of his brothers, and three of his sisters in Auschwitz. Fortunately, he survived and in 1946 was able to board an illegal ship to what was then Mandatory Palestine.

His bar mitzvah took place after he was taken on a day out to Jerusalem through an outreach program of Israel’s Border Police force, in which police units befriend Holocaust survivors.

Rasar Keshet Bashari is the Border Police officer who made this all happen.

“Two years ago, I got Arie’s phone number from the education officer to connect him to one of the units and start the ‘adoption’ process,” Bashari said.

“I got in touch with him, and in our first conversation he asked us to help him visit Jerusalem before he died,” she added.

On Monday, Ronski called Bashari and told her, “We’re going to Jerusalem.”

When he arrived in the capital, Arie asked to visit the Western Wall.

“When we got out of the car, he told us, that he had never had a bar mitzvah,” Bashari said. “When the war broke out he was 10, and when he was 13 he was in the Auschwitz death camp.”

Bashari arranged for Ronski’s bar mitzvah to take place at the Western Wall, and Ronski could not have been more excited.

He said, “It was very exciting to celebrate a bar mitzvah after 81 years. I had a lot of dreams about things I couldn’t do. My entire childhood was taken from me, and now I’ve fulfilled one of my biggest dreams.”