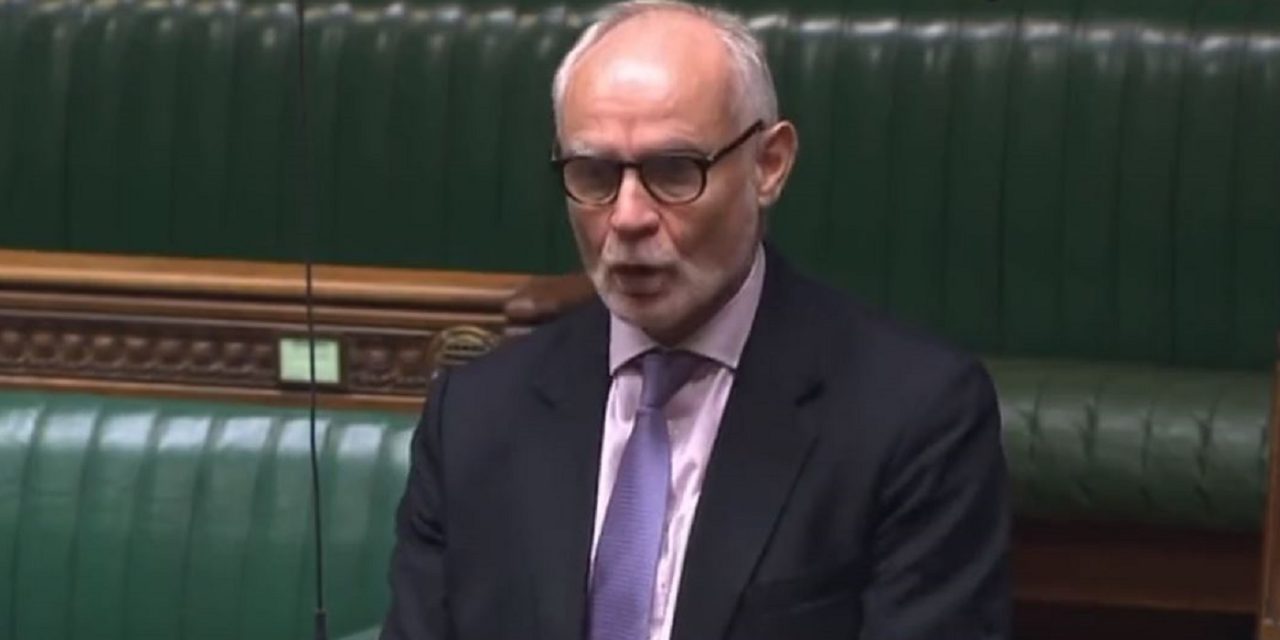 A Conservative MP has sparked controversy after saying that Hamas has a right to resist in the debate about banning the political wing of the Gaza-based terror group.

Reigate MP Crispin Blunt did clarify however that he doesn’t support Hamas, but raised some eyebrows when suggesting that some MPs may still wish to engage with Hamas members who are in leadership positions.

On the Government’s proposal to ban Hamas outright, which was overwhelmingly passed, Blunt said: “It is going to have a terrible chilling effect on putting anything into Gaza because Gaza is administered by the organisation we are about to proscribe.”

The Conservative MP also suggested that Hamas had “under international law, a legal right to resist”.

During a debate on the government proscribing Hamas in its entirety, MP Crispin Blunt says the terror group have a legitimate 'right to resist' pic.twitter.com/FeqkYhmjxX

He said: “Whilst we have already taken a position on what is plainly the stupid, illegitimate, immoral, mortaring of people where you can’t tell where the targets are simply by flying weapons over the wall because you don’t have the capacity to engage in that targeting of what would be legitimate targets under international law as resistance.

“Of course, that’s the definition, those acts are illegitimate, and that’s why they have been proscribed but we need to be careful here because people do have a right to resist.”

Conservative MP Mark Harper asked Mr Blunt for clarification, as “he seemed to be saying the only problem with them (the Hamas attacks) is that they were more accurately targeted to kill certain Israelis and that they indiscriminately killed other Israelis … if they targeted the weapons more accurately, that would sort of be OK”.

Mr Harper said that if he had understood Mr Blunt correctly, that would be an “extraordinary” and “offensive” thing to say.

Mr Blunt replied that “you have under international law a legal right to resist”. But he noted that not only “is the use of those weapons unlawful because they are untargeted and they are indiscriminate, it is also fantastically stupid” as they support the Israelis’ argument about “the threat they are facing from the Palestinian people”.

.@Mark_J_Harper argues that "one of the strongest reasons for proscribing the whole organisation" of Hamas is to "strengthen the role of moderate Palestinians" and their ability to come to a peace agreement with Israel pic.twitter.com/e9ZEeea98P

Among his numerous interventions today, this one by Crispin Blunt might go unnoticed but I think you’ll agree it is important. It appears (by his own admission) that Mr Blunt intends to continue discussions with members of Hamas, this will be a crime, won’t it? @pritipatel pic.twitter.com/PLKFSLKMe9