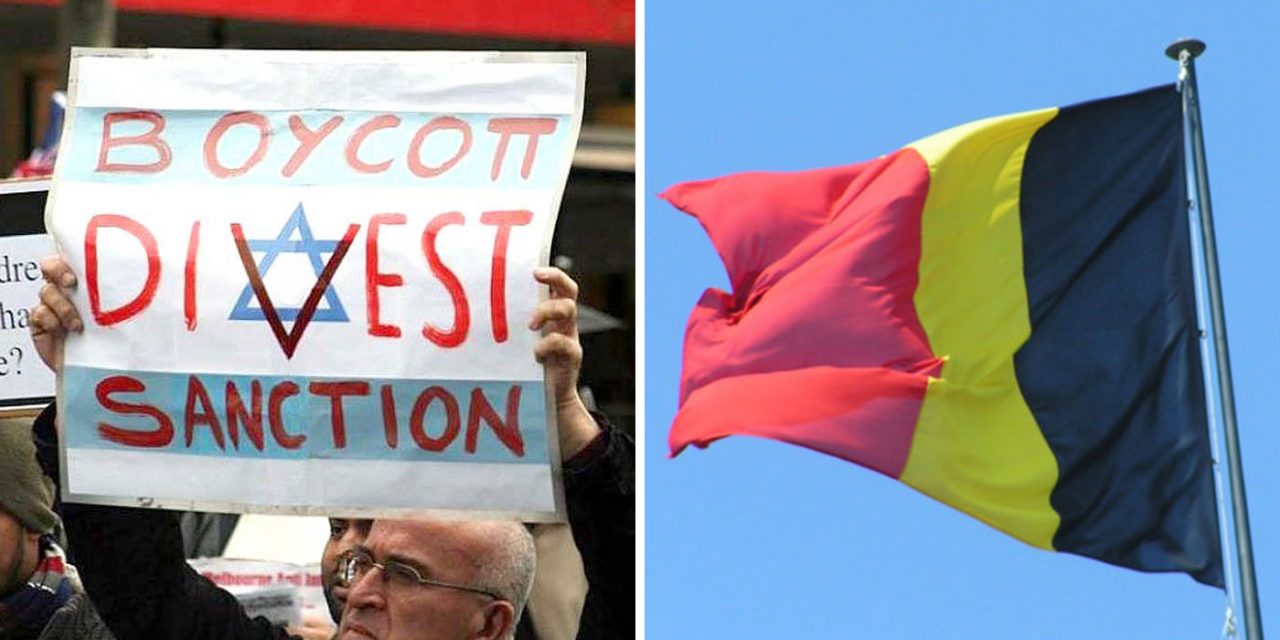 The Belgium government announced on Wednesday its plans to label Israeli products made in Judea and Samaria (the West Bank) and East Jerusalem, a move that was roundly condemned by Israel.

The ruling comes as part of the current Belgian government’s coalition agreement where left-wing political parties demanded the government adopt a policy mandating the labelling of settlement-made goods. A special office was created and the recommendations from that office have now been approved by the Belgian parliament.

The government also ruled that any future agreements between Belgium and Israel will include a special clause stating that the deal is not valid in the West Bank and East Jerusalem. It also said it would investigate the possibility of a boycott of all Israeli products from Judea and Samaria.

This is a shameful decision that discriminates against Jews living in their ancestral homeland, the land given to them by God. And it splits the capital of Israel.

In response to the decision, Israel’s Deputy Foreign Minister Idan Roll, who was currently in Brussels, immediately cancelled all scheduled meetings with Belgian politicians.

“The Belgian government’s decision supports extremism, undermines efforts to promote peace in the region, and does not contribute to stability in the Middle East,” Roll said.

“The decision to label products harms both Israelis and Palestinians and goes against the Israeli government’s policy focused on improving the lives of Palestinians and strengthening the Palestinian Authority and with improving Israel’s relations with other European countries,” it said.

Already in 2015, the European Union instructed all EU member states to begin labelling products from Israeli settlements as not being from Israeli. However, despite the EU’s ruling, there have been few countries implementing this rule. Now that Belgium has taken this step there are concerns more countries will follow suit. Let’s pray that does not happen.

An Israeli firefighting delegation, comprised of C-130J Hercules transport planes, took off for the island of Cyprus to help put out fires that are spreading in the north of...
Read More
Share
Tweet
Email
More
170 Shares