40 UN Ambassadors visit Israel, get educated on the country they vote against 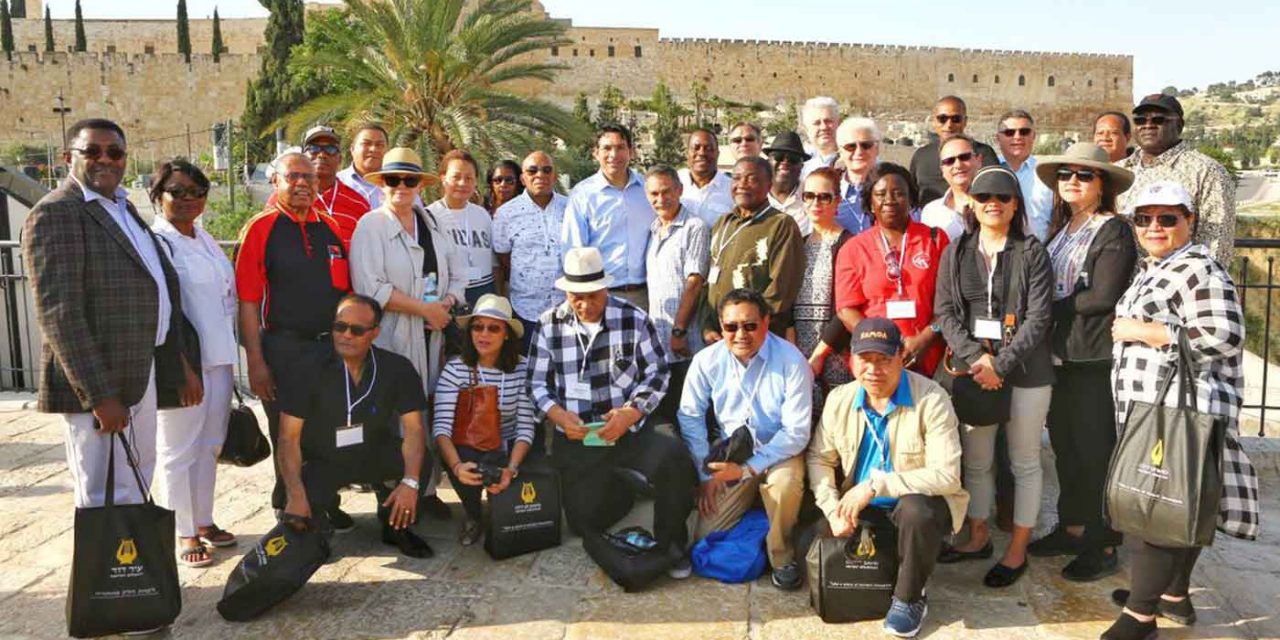 UN Ambassadors from 40 countries, some 20% of the United Nations, are currently touring Israel.

Whilst many of those visiting are from countries that are friends and supporters of Israel, others represent countries that have been harsh critics of the Jewish state.

The hope is that after seeing Israel first-hand they will learn more about the country, see the wonderful things Israel is doing and have a change of heart towards Israel at the UN.

I was honored to introduce @PresidentRuvi & @IsraeliPM @netanyahu to the @UN ambassadors from around the world who joined me in Israel to celebrate Independence Day.
חג עצמאות שמח! pic.twitter.com/2ZExe6hePj

Israeli Ambassador to the UN Danny Danon is acting as a guide for some 20% of his fellow ambassadors to the UN, who are currently getting a closeup look at Israel and will be here for Independence Day.

“I have brought groups of ambassadors here before, but never a delegation this large,” Danon said.

The purpose of the trip is to give the ambassadors, who are often called upon to vote on Israel-related issues – and who generally don’t vote in Israel’s favor – a firsthand look at the challenges the country faces and to emphasize, in light of recent UNESCO votes that have sought to erase a Jewish connection to Jerusalem, the Jewish people’s link to the historical capital.

After visiting the City of David on Monday, Ethiopia’s Ambassador Tekeda Alemu said: “This has been a very fantastic experience. One lesson that was very clear is that there is a clear connection between the Old City of Jerusalem and the Jewish people. This cannot be ignored.”

As we get ready to celebrate 70 years of independence, I’m honored to be joined in Jerusalem by @UN ambassadors from around the world. They’re learning about the historic connection to our beautiful land & the contributions our vibrant country makes to the international community pic.twitter.com/rUtx5LgzxI

The number of participants in these trips has grown from nine ambassadors in 2016, to 14 in 2017 and to some 40 on the current trip.

Among those participating this year are the UN ambassadors from Serbia, Jamaica, Bosnia-Herzegovina, Hungary, Liberia, Ukraine, Uganda, Slovenia, Malta, Mozambique and Ethiopia.

Ethiopia is currently on the 15-member UN Security Council; Slovenia and Malta are among the EU countries who consistently vote against Israel at the UN and are among its greatest critics inside the EU; and Mozambique has an abominable voting record on Israel in the world body.

Danon would not provide a full list of the ambassadors on the trip, explaining that some had asked that their names not be made public until they return to New York. He said that none of the ambassadors were from a Muslim country.