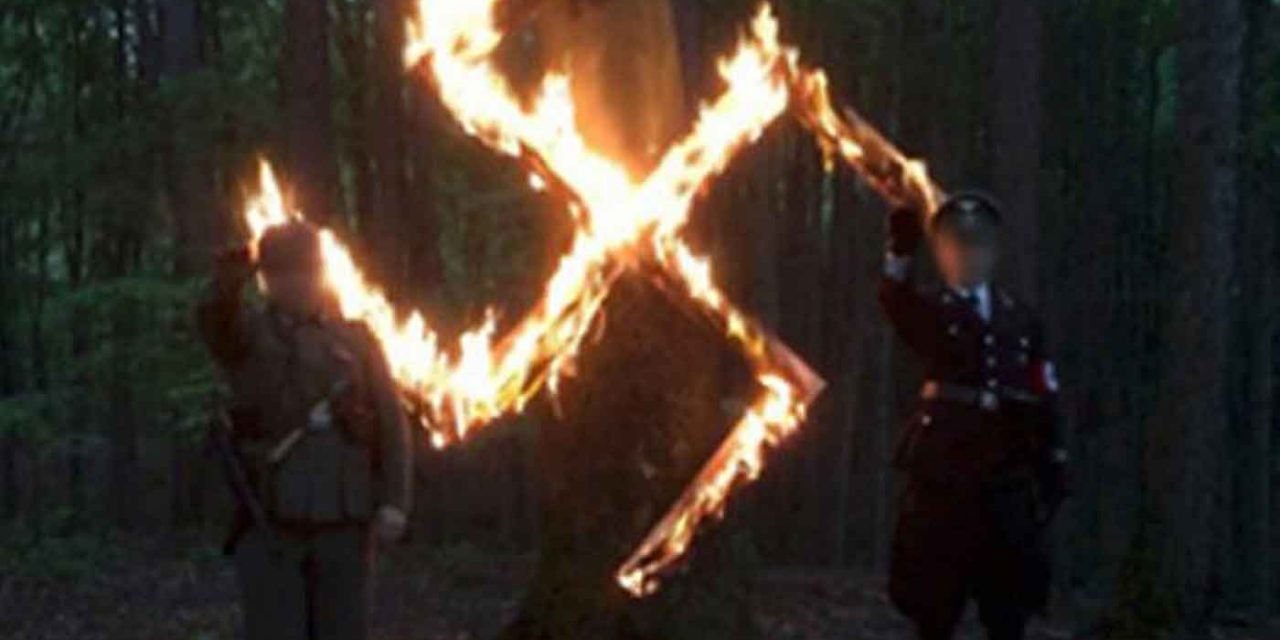 (Times of Israel) – Two men have been detained in Poland on suspicion of spreading fascism by organizing a concert to mark Adolf Hitler’s birthday, a prosecutor told AFP on Sunday.

The men, who have not been identified, were detained during a series of raids in Dzierzoniow on Saturday evening by around 300 policemen and agents from Poland’s Internal Security Agency.

“The Polish men, the main organizers of the concert in question, were detained on Saturday. Tomorrow they will be questioned by prosecutors,” Tomasz Orepuk, spokesman for the district prosecutor’s office in Swidnica, southwestern Poland.

Around 100 people showed up for the concert, according to Orepuk, and police confiscated neofascist paraphernalia including flags and banners.