2,000-year-old coins engraved with ‘Freedom of Jerusalem’ in Hebrew uncovered in West Bank 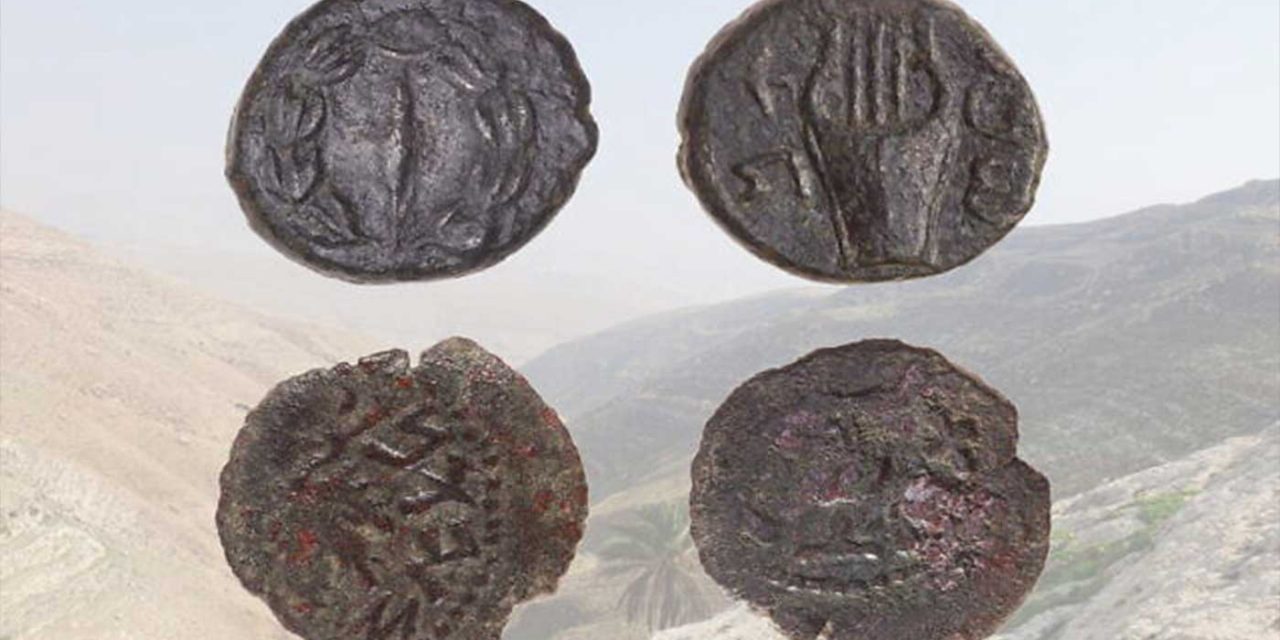 Two rare coins dating back to the Jewish revolts against the Romans were recently discovered by Israeli archaeologists in the Binyamin region of Judea and Samaria (the West Bank).

The coins are the latest evidence of both a Jewish presence in the land as well as the belief in Biblical Zionism that existed long before other regional powers came into being and indeed a few hundred years before the birth of Islam.

The first coin was discovered on the ground at the Khirbat Jib’it archaeological site, just south of the West Bank town of Duma (around 30km northeast of Jerusalem). It dates back to the Great Revolt, the first Jewish–Roman War in Judea.

This coin was minted around 67-68 AD and on one side it bears a vine leaf and the Hebrew inscription Herut Zion, which means “the freedom of Zion”. The other side is decorated with an amphora and the inscription “Year Two.”

“The Bar-Kokhba coin from Wadi Rashash indicates the presence of a Jewish population in the region up to 134/5 [AD], in contrast to a previous claim that Jewish settlement in the highlands north of Jerusalem was destroyed during the Great Revolt and not inhabited afterwards,” Raviv said.

“This coin is also the first evidence that the Acrabatta region, the northernmost of the districts of Judea during the Roman period, was controlled by the Bar-Kokhba administration.”

Not only was this coin discovered in Khirbat Jib’it, but many more important discoveries were found including ritual baths, hiding complexes, chalkstone vessels and burial caves. All of them belonged to a Jewish settlement that existed at the site until the revolt some 70 years later.

A second coin was found in a cave on the Wadi Rashash cliffs, less than a mile away from Khirbat Jib’it, and dates back to the Bar-Kokhba Revolt, the final major war fought between Jews and Romans.

This coin was minted around 134-135 AD, and it bears a palm branch, possibly a lulav — one of the ritual plants used during the Jewish Sukkot holiday — and a wreath surrounded by the inscription LeHerut Yerushalayim, which means “for the freedom of Jerusalem”.

The other side of the Wadi Rashash coin is decorated with a musical instrument, likely a lyre according to Raviv, as well as the inscription “Shimon,” the name of the rebel leader, Shimon Ben Kosevah, better known as Bar-Kokhba.

These coins are just the latest in a long list of discoveries that back up the Jewish claims to the land of Israel. In fact, there is more evidence that Jews are native to the land of Israel than any other tribe or people group in existence. Despite this evidence, the Jewish people are constantly attacked and have their historic rights undermined more than any other people group on earth.

We will continue to report on stories like this to highlight the truth. The Bible gives the land of Israel in its entirety to the Jewish people as an eternal inheritance. Nothing man does can undermine God’s law. Even if the world rejects the truth of the Bible, the very rocks themselves will cry out and reveal His truth as is happening here. The rocks have unveiled more evidence of Jewish history in the land of Israel.