Jesus was NOT a Palestinian 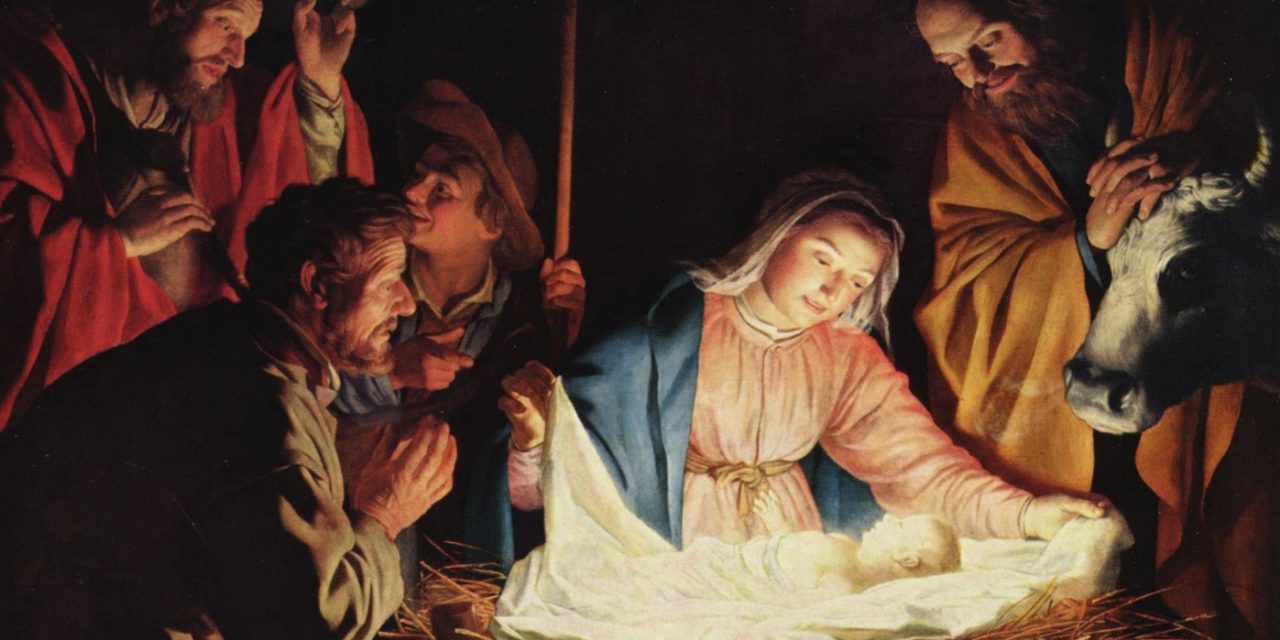 The Bible identifies Jesus as a Jew, the son of a Jewish mother, who, as a Jew, lived in Judea and celebrated Jewish festivals annually in Jerusalem. The Roman Empire only changed the name of “Judea” to “Palestina” one hundred years after Jesus’s death.

Yet, there is an entire movement among pro-Palestinian Christians that has joined hands with Islam for the purpose of delegitimising, isolating and destroying Israel with a seditious version of Replacement Theology. Also known as Palestinian Liberation Theology, the rise of this teaching perpetuates the narrative that Jesus was not a Jew, but a Palestinian and that Israel has no historical or theological right to exist. 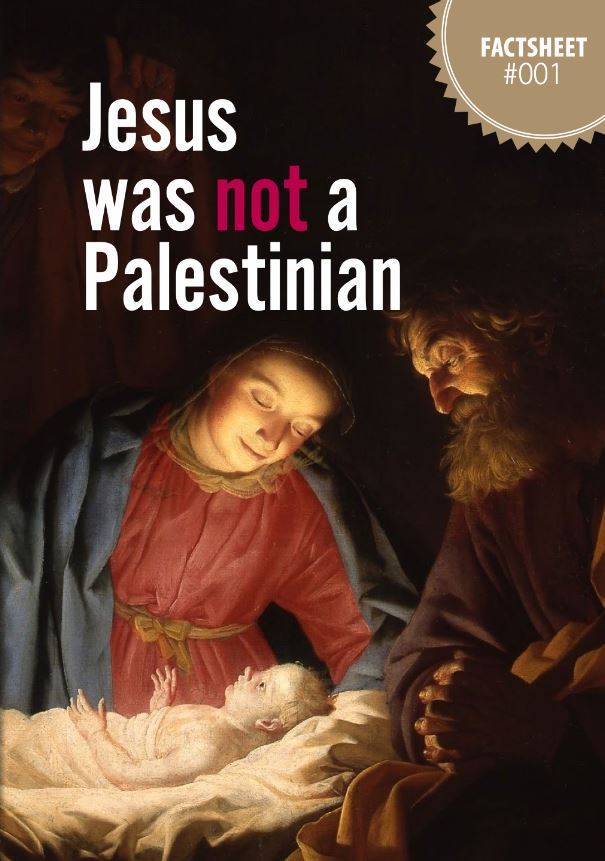 View and Print our Factsheet

It portrays Jesus as the first Palestinian martyr and first Palestinian refugee. In other words, just as first century Jews “persecuted Jesus”, the Jewish State now “persecutes Palestinians”, the purported descendants of Jesus. Despite how outrageous this teaching might seem to those that know their Bible, it is becoming increasingly popular among some Christians. Upon hearing about the reported victimisation and suffering of fellow believers in the Palestinian territories, many of these Christians are moved to support the Palestinian cause – especially those living in the birthplace of Jesus. And the anti-Israel movement is taking full advantage of these blatant anti-Semitic lies.

“We celebrate the birth of Jesus, a Palestinian messenger of love, justice and peace, which has guided millions from the moment that his message came out from a small grotto in Bethlehem over 2000 years ago. His message resonates among all of those who are seeking justice and among our people who have been the guardians of the holy sites for generations. Jesus’ message resonates in our prayers for our people in our capital Jerusalem, who continue to resist the Israeli attempts to turn the city into an exclusive Jewish place.”

The theme of the Christmas Eve celebration in Judea and Samaria, also referred to as the West Bank, was “All I Want for Christmas is Justice”. Mahmoud Al-Habbash, the Supreme Sharia Judge and Mahmoud Abbas’ Adviser on Religious and Islamic Affairs joined the festivities:

“Christmas is also a Palestinian holiday, because Jesus, peace be upon him, was Palestinian. He was born in Palestine; lived and was sent [as prophet] to Palestine. Therefore, Christmas has a special Palestinian flavour.’”

And if you think this Palestinian flavour of Christmas would never trickle down to the local church in the UK – think again.

Let’s take the United Reformed Church (UK) Christmas worship resource, for example. One of its calls to worship has the following verse:

“Come let’s worship God
Let’s be filled with awe, wonder and that profound grace
Seen in Jesus, the Palestinian carpenter.
The Holy Child.”

Christian charity Amos Trust published their astonishing Children’s Christmas Activity Pack in 2016.  In their retelling of the Nativity story, it includes replacing the tree with the “separation wall” (The security barrier used by Israel to protect itself from terrorists). It tells of the Magi who cannot visit the birthplace of Jesus because, coming from the East, they are on the other side of the wall; the shepherds are prevented by neighbouring settlements, and Mary and Joseph, who are  Jews coming from the direction of Jerusalem, have to go through the “massive check-point” to get to Bethlehem.

And a glance at one of the downloads available on the popular and otherwise very good All Age Worship Resources website incorrectly refers to the region as “1st century Palestine”.

For Christians, it is important to accurately portray the Biblical account of the birth of Jesus and we must be aware of the deceptive narrative that aims to delegitimise and demonise Israel. In doing so we have a wonderful opportunity to stand with Israel and the Jewish people.