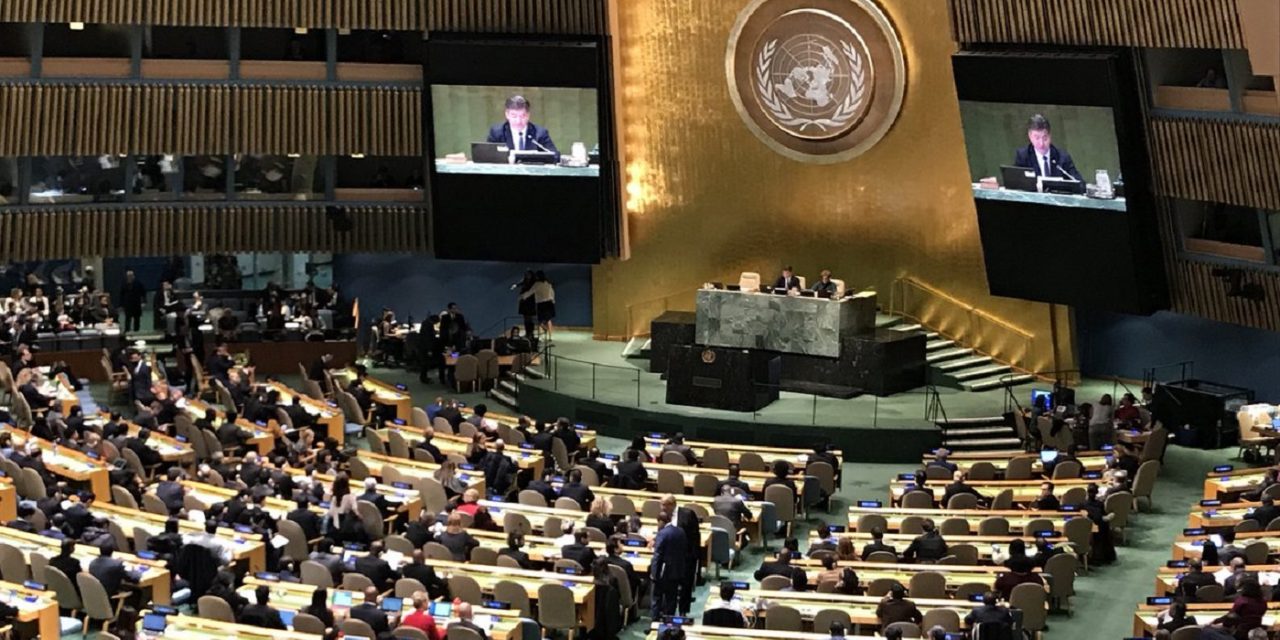 The United Nations General Assembly has voted in favour to adopt a resolution rejecting US recognition of Jerusalem as Israel’s capital.

The UK was one of the 128 countries that voted in favour of the motion and nine voted against. Thirty-five countries abstained.

The image below shows the full map.

Those who voted “no” and should be praised for doing so are: Guatemala, Honduras, Israel, Marshall Islands, Micronesia, Nauru, Palau, Togo and the United States. 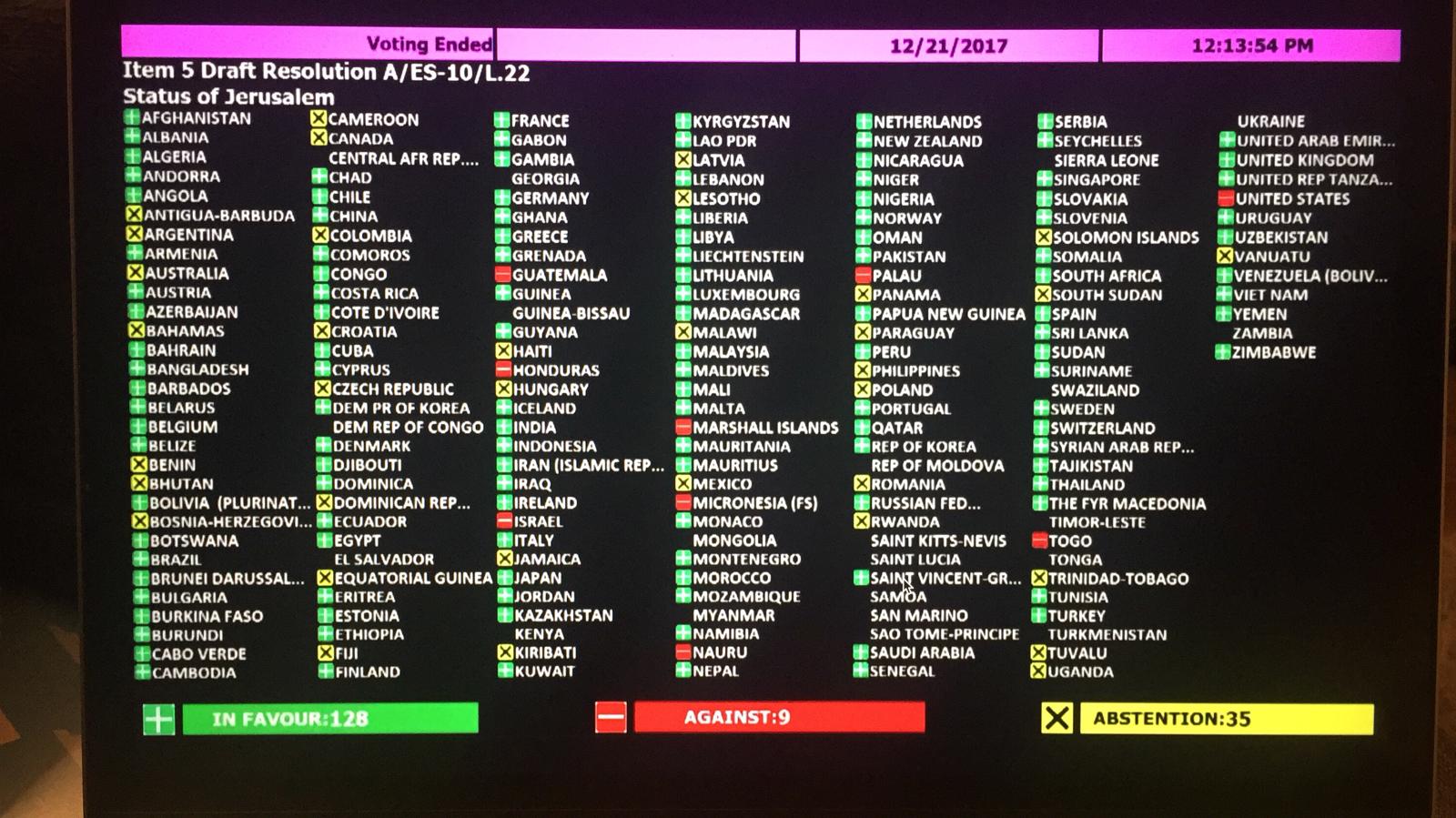 Prime Minister Benjamin Netanyahu’s office says it “rejects the UN decision and, in parallel, express satisfaction at the large number of states that did not vote for the resolution,” noting they were “states that Prime Minister Netanyahu has visited in Europe, Africa and Latin America.”

“Israel is grateful to President Trump on his steadfast position on Jerusalem, and thanks the nations that voted with Israel, and with the truth,” the statement says.

In a video on Facebook, Netnayhu says: “Israel completely rejects this preposterous resolution. Jerusalem is our capital — always was, always will be. But I do appreciate the fact that a growing number of countries refuse to participate in this theater of the absurd.” He thanks Trump and Haley for “stalwart defense” of Israel and the truth.

US Ambassador to the United Nations Nikki Haley tweeted that there were 65 nations who refused to vote against the US, including those who did not show up for the vote. This is an increase on similar votes of the pas and could be an indication that the Trump administration is having a positive impact in the United Nations.

A spokesman for Palestinian Authority President Mahmoud Abbas hails the passage of the resolution.

“The vote is a victory for Palestine,” says his spokesman Nabil Abu Rudeinah. He also promised, “We will continue our efforts in the United Nations and at all international forums to put an end to this occupation and to establish our Palestinian state with east Jerusalem as its capital.”