We must stop British tax-payers’ money from funding Palestinian terrorism 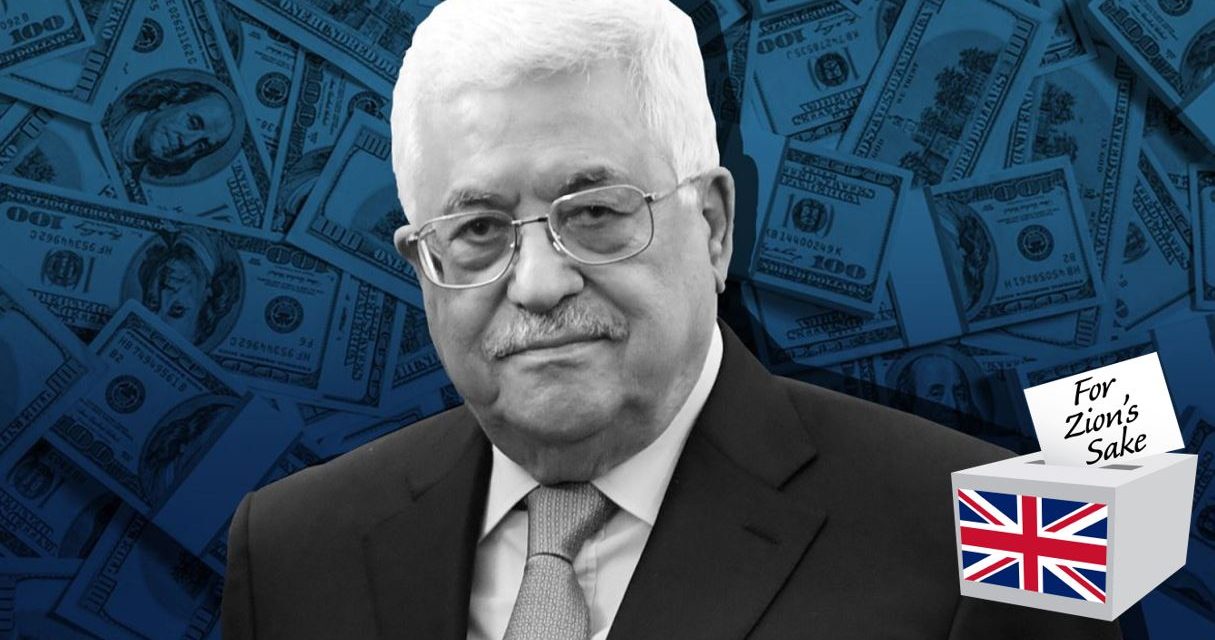 As part of CUFI’s “For Zion’s Sake” campaign, we have listed 12 principles that we believe the new UK Government should implement, including stopping British tax-payers’ money from funding Palestinian terror.

The UK gives around £70 million a year in tax-payer money to the Palestinian Authority for humanitarian needs, despite evidence that it is funding payments to Palestinian terrorists and their families.

Palestinian Authority leader Mahmoud Abbas has previously said that he would never stop funding terrorists. Why then does the UK and other European nations turn a blind eye?

Abbas’s exact words  in 2017 were as follows: “Even if I will have to leave my position, I will not compromise on the salary (rawatib) of a Martyr (Shahid) or a prisoner, as I am the president of the entire Palestinian people, including the prisoners, the Martyrs, the injured, the expelled, and the uprooted.”

In addition to encouraging terrorism, A study by CUFI UK found that Foreign Aid is more likely to have a detrimental effect on poverty levels in the Palestinian Territories due to evidence of bad governance by the Palestinian leadership. It only fuels further corruption and highlights that the international community is failing to hold the Palestinian Authority to account. Evidence suggests that social reforms have not advanced and that the PA are neither economically sustainable nor making the changes needed to become that way.

Another area funding is being used to incite terrorism is in education. Britain announced earlier in 2019 that it was to donate £125 million to the Palestinian Authority by 2021, more than £20 million of which will go towards the education curriculum.

However, the values promoted by these schools are having a devastating influence on young minds. A report by the Institute for Monitoring Peace and Cultural Tolerance in School Education reveals that the Palestinian Authority school curriculum ‘utilises a variety of tools to convince children—mostly boys—to risk their lives and die as martyrs’.

Last year, the Department for International Development claimed ignorance on whether any of the thousands of teachers and public servants whose salaries it pays work in schools named after these terrorists. Outside the classroom, too, children are subjected to a barrage of vicious antisemitic propaganda. Children’s programmes on official PA TV feature children reciting poems calling Jews “barbaric monkeys”, “the sons of pigs” and the “most evil among creations”.

According to the Institute for Monitoring Peace and Cultural Tolerance in School Education, or IMPACT-se, the reformed school curriculum for primary and secondary schoolchildren introduced last year is “more radical than ever, purposefully and strategically encouraging Palestinian children to sacrifice themselves to martyrdom”.

The United States has made major steps under the current administration targeting Palestinian terror payments and CUFI believes the UK should also place greater scrutiny on how UK-taxpayer funds are being used.