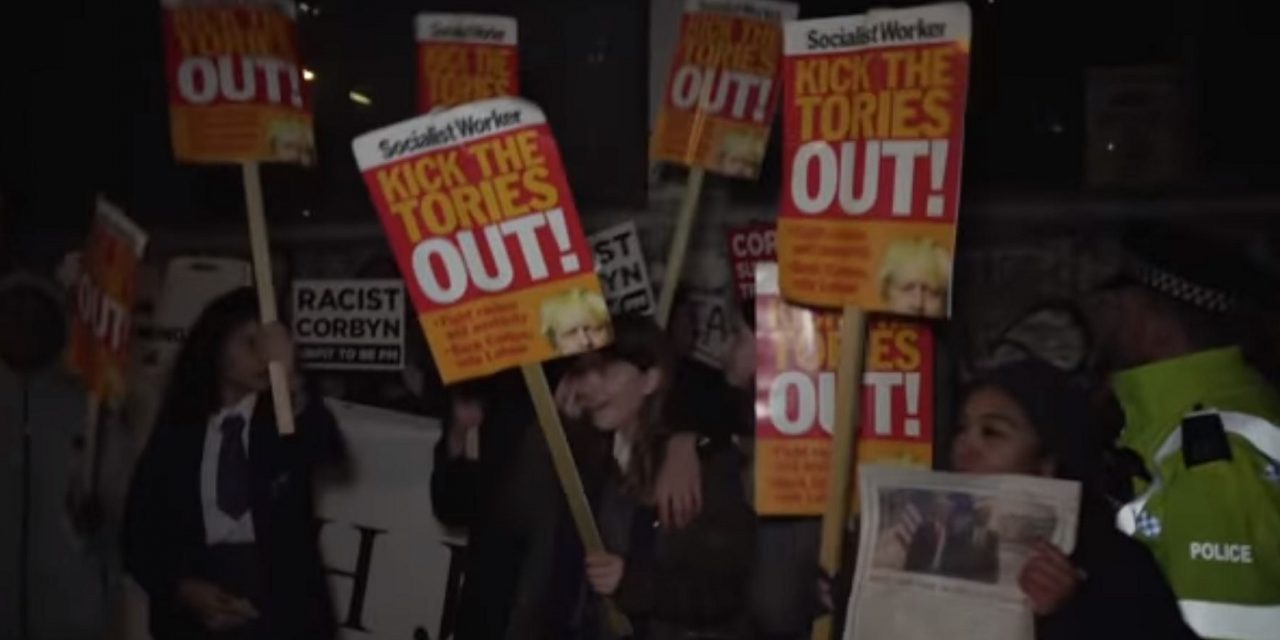 At the last event of his campaign last night, supporters of Jeremy Corbyn made ugly scenes chanting the anti-Semitic “from the river to the sea, Palestine will be free”, which supports Hamas’s aims to drive out Jews from Israel, and making taunts against Jews. Others were recorded making some bizarre anti-Semitic conspiracy theories.