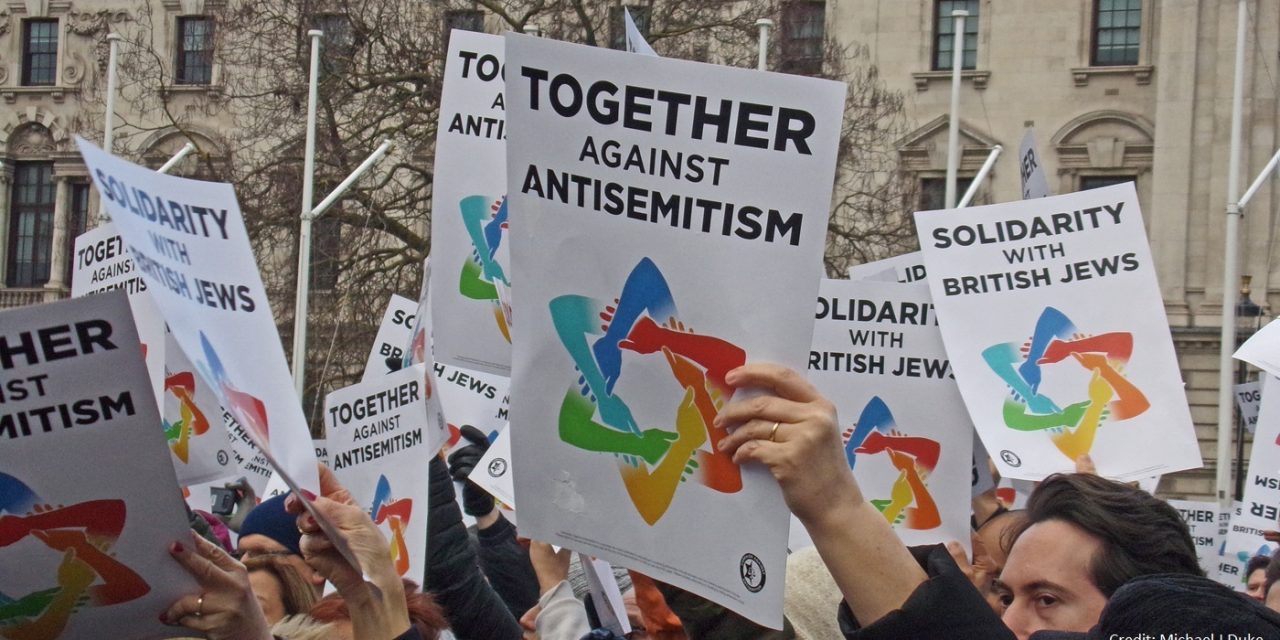 Over 3,000 people gathered in Parliament Square on Sunday to stand in solidarity against anti-Semitism.

Jews and non-Jews united together waving British and Israeli flags and holding signs stating “Together against antisemitism,” “Remember the lessons of the past, don’t look away” and “Solidarity with British Jews.” Several also brandished “Corbyn supports terrorists” placards.

Gideon Falter, chief executive of Campaign Against Antisemitism, said the rally was being held to deliver a simple message: “Britain is better than this”.

The event concluded with the reading of the prayer said in every synagogue on Shabbat, for the well-being of the government, for the nation and the Queen.

Robert Rinder, the lawyer, TV personality and grandson of a Holocaust survivor, gave an emotional speech in which he warned that Jews had sat “for too long in fear”, and “what starts with the Jews never ends with the Jews”.

What started with the Jews, he said, “ends up as a malignant force in society as a whole… what starts with a mural ends up in murder.”

Actress and writer Tracy-Ann Oberman listed to the crowd some of the hate-filled rhetoric to which she had been subjected since she began speaking out against antisemitism on social media.

Several attendees expressed sentiments that whatever happens in the election, the Jewish community could face prejudice.

“If Corbyn gets beaten, who will be blamed? The Jews,” Simon Cobbs of Sussex Friends of Israel told The Jerusalem Post. “It’s a lose-lose situation for us. If Corbyn gets in, we have an antisemitic Labour government, and if he doesn’t, the Jews will be blamed for it.”

“All we can do is go out and say that we as a community are scared,” said Cobbs. “For me personally, even though it’s a two-and-a-half-hour drive to get there, it’s incredibly important – it’s the last chance before the election to show how angry we are.”

Cobbs said he hopes the rally will send a real message to British citizens that when they get to the voting booths on Thursday, they understand how scared the Jews are. “Either you stand with us or you don’t,” he said.

Thousands of Jews pray outside Parliament

WATCH: Prayers for Britain and The Queen were said by thousands of Jews who congregated on Parliament Square on Sunday. Over 3,200 Jews and non-Jews rallied against anti-Semitism.As Christians we stand with the UK Jewish community at this time. #TogetherAgainstAntisemitism#ForZionsSakeVideo credit: Mark O'Donoghue (Twitter)

Posted by Christians United for Israel – UK on Monday, 9 December 2019 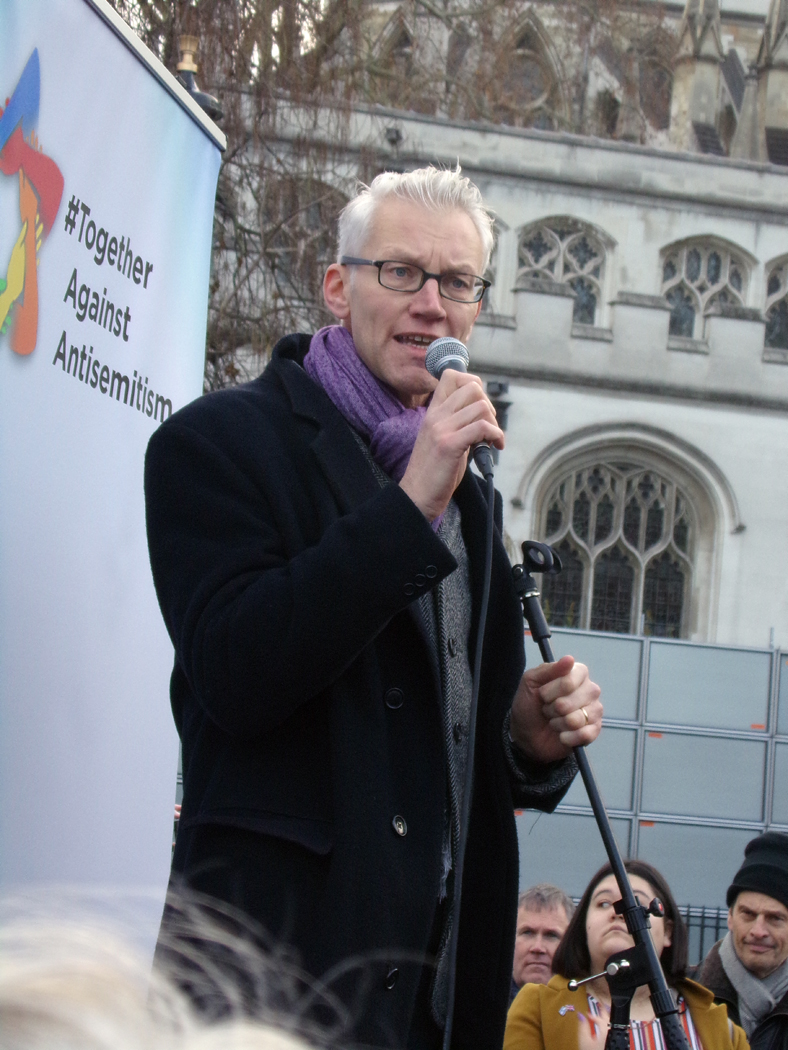 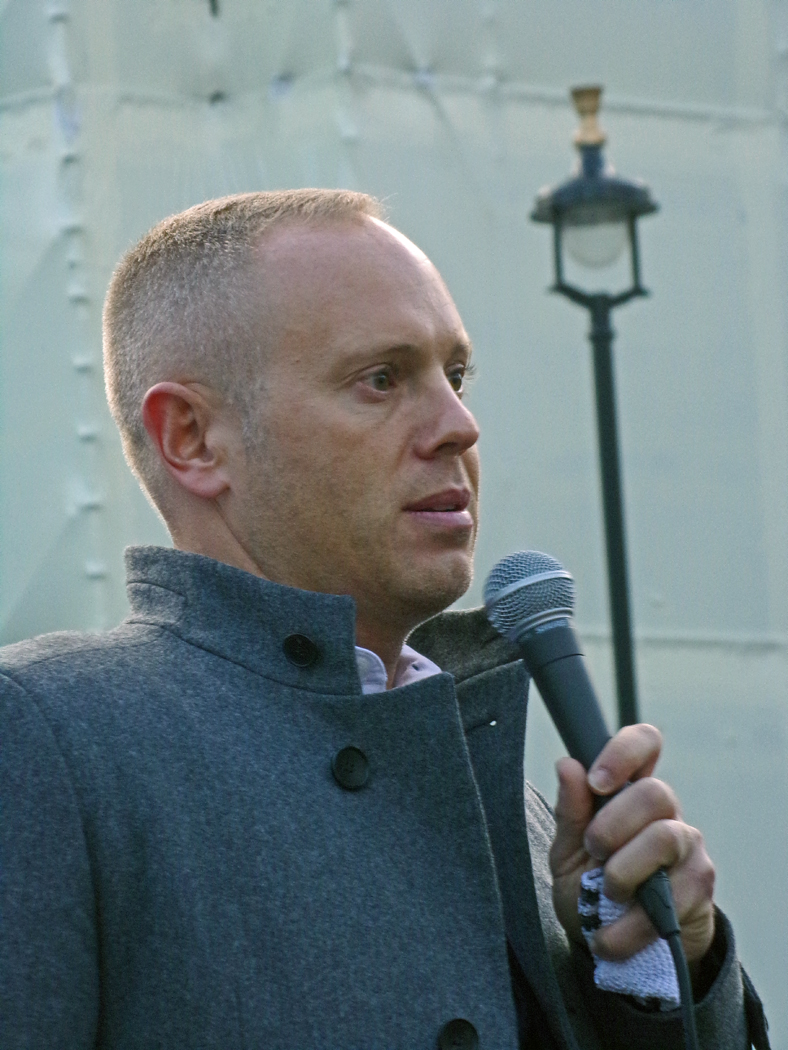 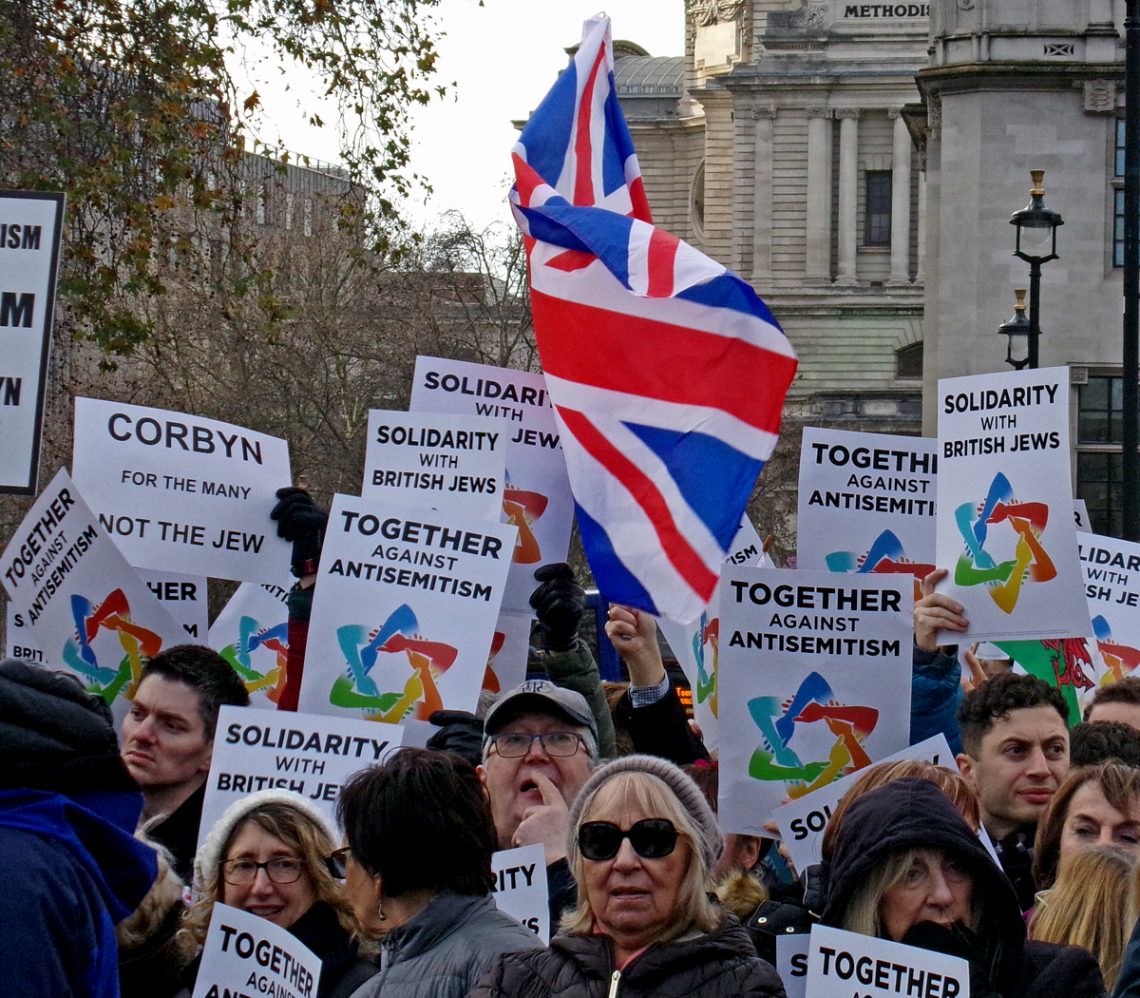 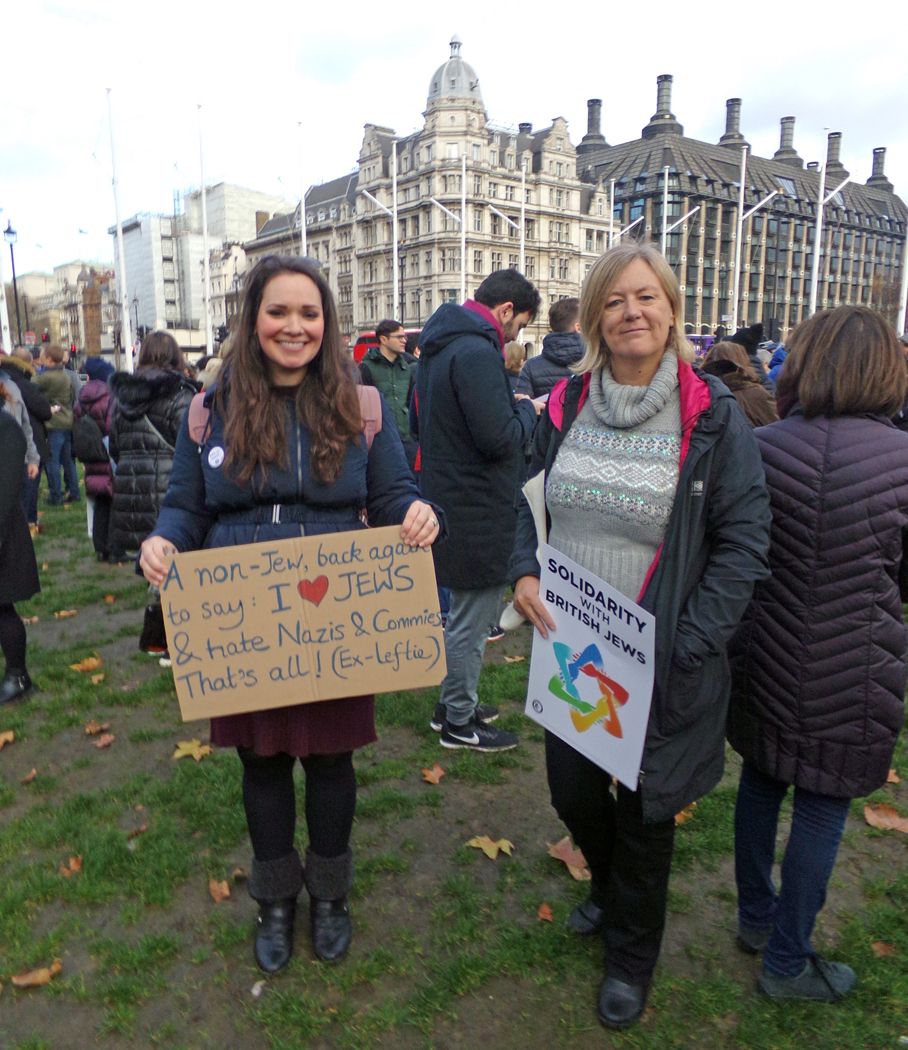