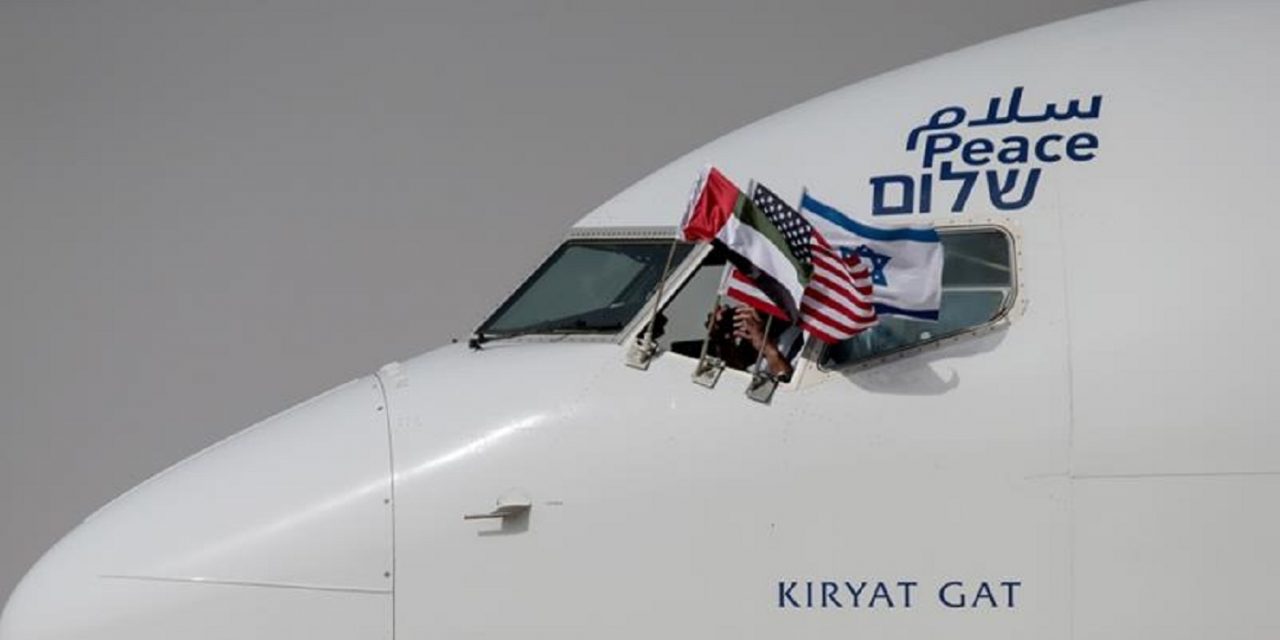 Saudi Arabia announced Wednesday that flights to and from the United Arab Emirates “from all countries” will now be able to use its airspace. The statement means flyovers to and from Israel to the UAE will be allowed.

While the statement avoided naming Israel directly, it is clearly directed toward the recent agreement reached between the UAE and Israel.

On Monday, the first-ever commercial El Al flight to the UAE was given permission by Saudi Arabia to use its airspace, cutting the flight time by half to 3 1/2 hours. It wasn’t known until the day of the flight whether permission would be given. Without the Saudis’ OK, the flight would have been forced to take the long way around the Arabian peninsula with a flight time of over seven hours.

Prime Minister Benjamin Netanyahu hailed the announcement as a “huge breakthrough” that will help the Israeli economy and reduce airfares.

“For years, I have been working to open the skies between Israel and the East. It was spectacular news two-and-a-half years ago when Air India received approval to fly directly to Israel,” he said in a filmed statement, standing near a huge map.

“Now there is another tremendous breakthrough: Israeli planes and those from all countries will be able to fly directly from Israel to Abu Dhabi and Dubai, and back. Flights will be cheaper and shorter, and it will lead to robust tourism and develop our economy.”

For years, I have been working to open the skies between Israel and the East. It was spectacular news two-and-a-half years ago when Air India received approval to fly directly to Israel.

Now there is another tremendous breakthrough. pic.twitter.com/V7zbrxGTQ5

The new Saudi policy “will open up the East,” the prime minister went on.

“When you fly to Thailand or anywhere else in Asia, it will save time and money. This is amazing news for you, the citizens of Israel. These are the benefits of a peace that is genuine,” he said.

Netanyahu thanked Jared Kushner, a senior adviser to US President Donald Trump, and the UAE’s de facto ruler Sheikh Mohammed bin Zayed for their ” important contribution” in bringing about the new Saudi policy.

Tickets go on sale for Israel to UAE flights

Meanwhile, the second-largest airline in the United Arab Emirates began selling tickets to Israeli passengers on Tuesday, in another step in the normalization process between the two countries.

Israel’s Channel 13 reported that Etihad Airways was conducting the sales through the Tel Aviv-based company TAL Aviation. It is offering a number of routes with destinations in countries in the Middle East and Asia.

Nissim Sagis, commercial director at TAL, said, “In recent weeks, we have witnessed an increase in demand from the Israeli market and a desire to return to flying,” referring to the drop-off in commercial aviation due to the coronavirus pandemic.

“We are excited to collaborate with our new partners, and offer passengers from Israel the opportunity to experience Etihad’s famous service to Abu Dhabi and additional destinations on its global flight network,” he added.