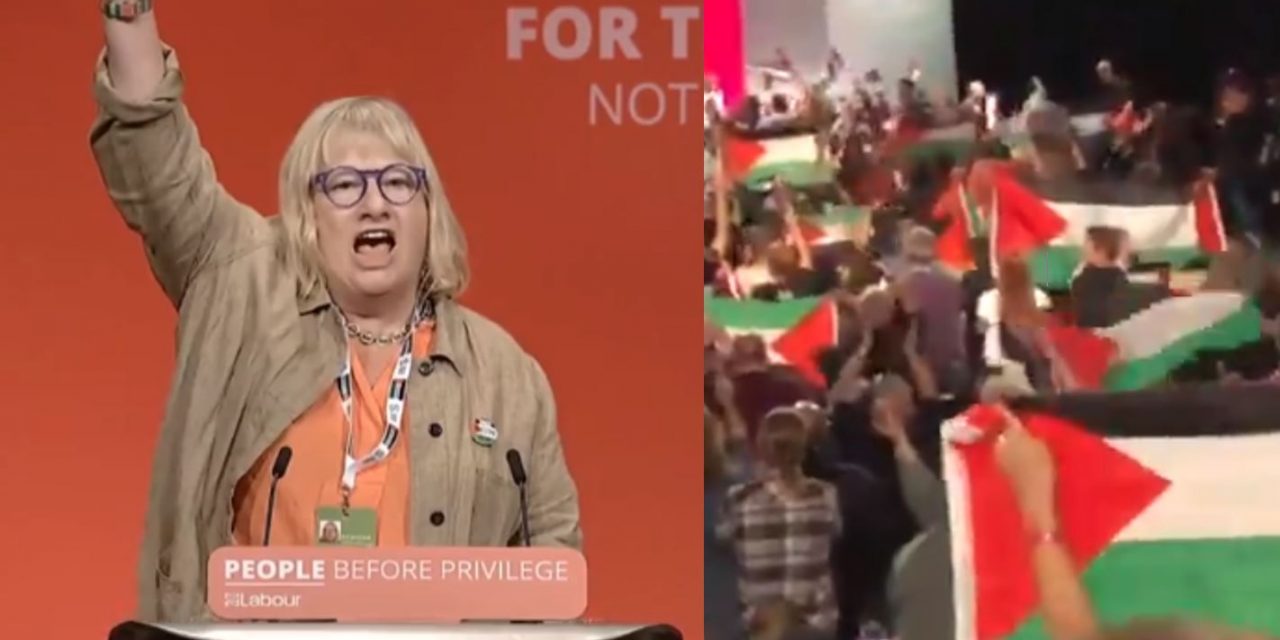 Palestinian flags and chants of “Free Palestine” were once again prominent at the Labour conference today despite rules prohibiting flags from being displayed on the conference floor.

Shockingly, the anti-Israel activists were allowed to defy Labour party rules and wave Palestinian flags openly without being reprimanded. Meanwhile, the Labour Friends of Israel group has no stand at the conference this year for "fear for their safety".Sadly, this is the state of the Labour party under Corbyn. "For the many, not the Jew"!#PrayforUK #PrayforIsrael #DefendIsrael #CUFI #LoveIsrael

Posted by Christians United for Israel – UK on Monday, 23 September 2019

The scenes were similar to last year when hundreds of flags were flown with approval of the Labour leadership after being handed out to delegates by activists before the conference passed a motion demanding a freeze on arms sales to Israel.

Questions will be raised regarding whether Labour leadership gave approval on this occasion, however the chairperson gave a veiled warning of the rules regarding signs after a standing ovation in response to a speech by Ali Brownlie Bojange from Hove CLP.

Labour leaders have been seen on the platform wearing lanyards featuring Palestinian flags, which are believed to have been distributed by Momentum.

Went 2 @PeoplesMomentum stand at #LabourConference2019 – saw Palestinian flag. I didn’t say a word. I got offered a PSC lanyard and got told there is a vote on Palestine today. That’s it. That’s all he said. With the world looking like it does, this is @jeremycorbyn‘Labour. pic.twitter.com/Dk7X6FCaM9 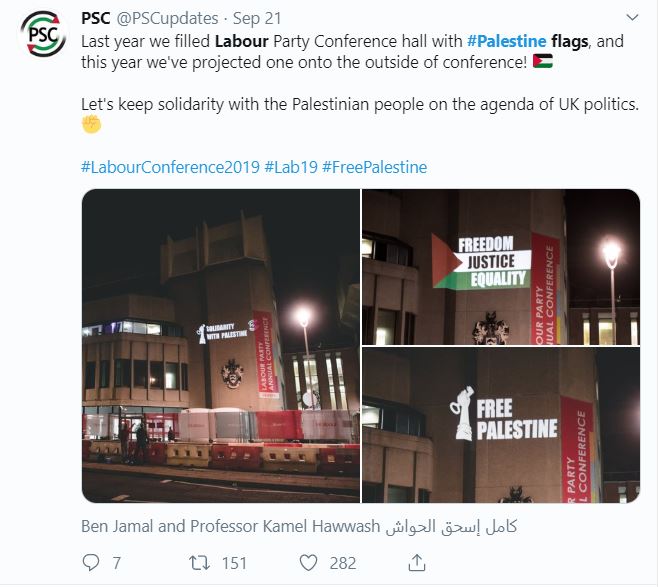 The room was filled with Palestinian flags and chants to “free free Palestine!”

A historic event in Labour Party history, so proud to be a part of it. #Labour4Palestine #Palestine #FreePalestine 🇵🇸 pic.twitter.com/fn6NjXzmce