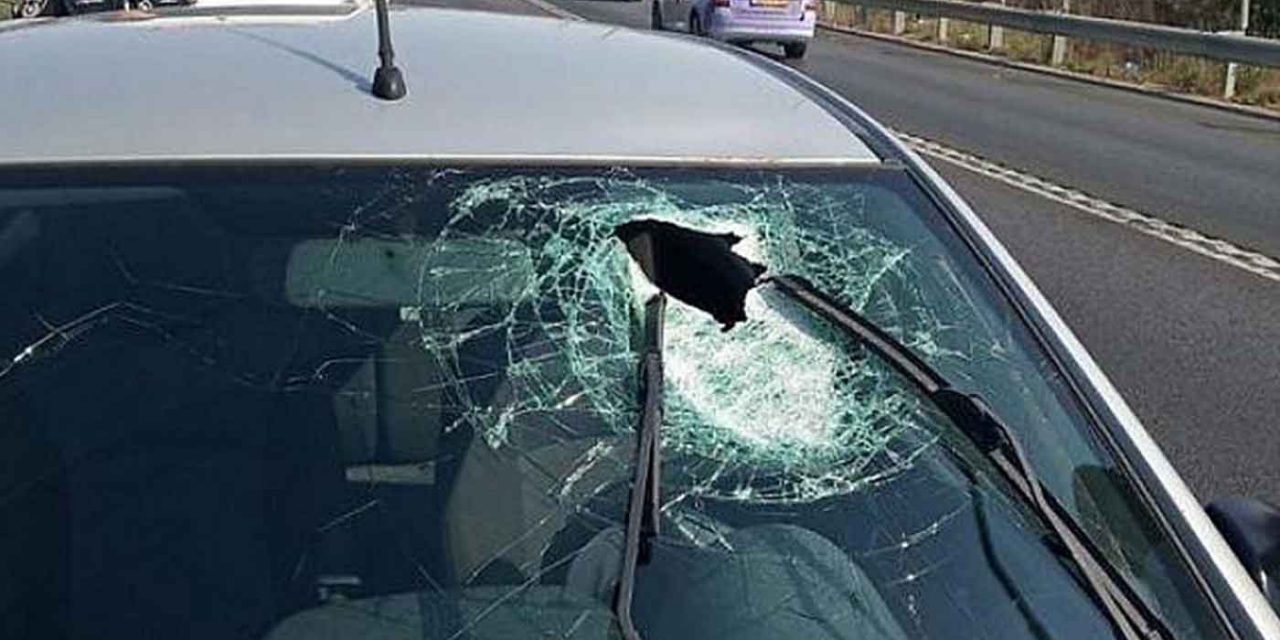 An Israeli man was moderately wounded Friday afternoon after being hit in the face with a rock while driving in Samaria (the northern part of the so-called West Bank).

The 23-year-old was hit when the rock flew through the windshield of his car near the settlement of Ma’aleh Shomron, west of Nablus. The man’s father was with him in the car at the time.

The victim was a military officer who was on leave at the time, therefore he was not wearing his uniform and was unarmed at the time of the attack.

The wounded man was treated by medics at the scene and taken to a hospital in Petah Tikva.

Several other rock-throwing incidents against Israeli cars were reported in the area, with no injuries.

Rock-throwing attacks against Israeli vehicles are common in the West Bank, though they rarely cause casualties. Extremist settlers have also been known to attack Palestinian drivers with rocks, and in one incident last year an Israeli teen is accused of having thrown a rock that killed a Palestinian woman.