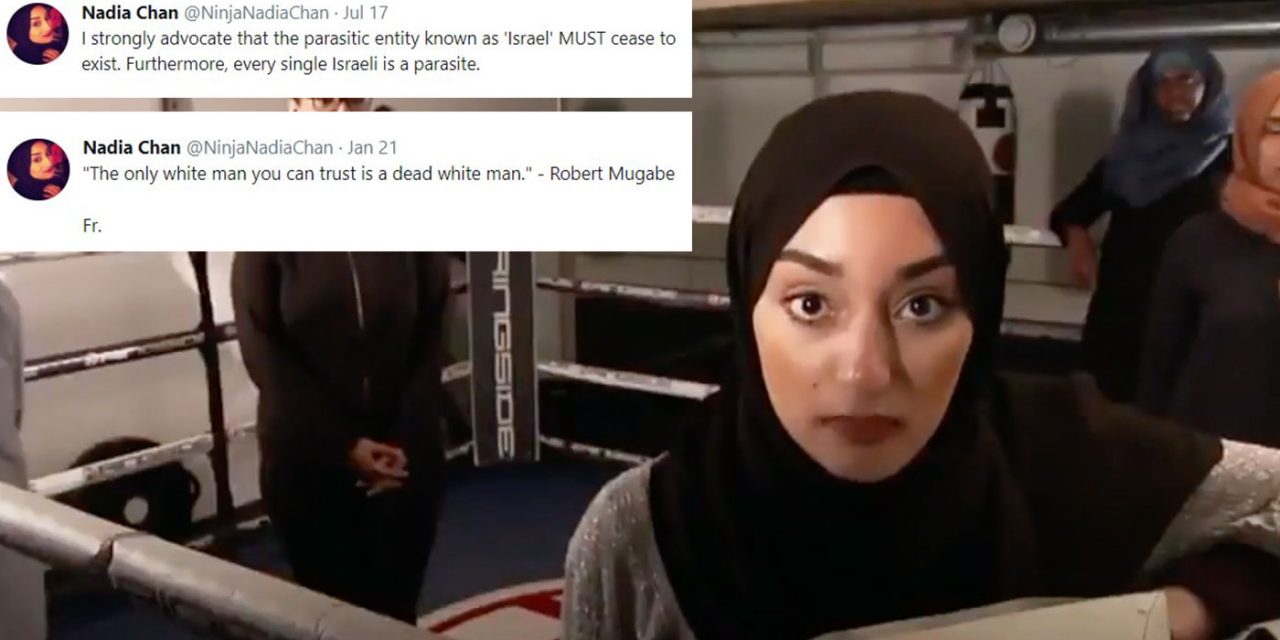 This week Channel 4 aired a report featuring five British Muslim women who were “rejecting stereotypes and shaping the discussion on what matters to them”.

However, one of the five women featured in the programme, Nadia Chan, happens to have views that are anti-British, anti-Israel, anti-Semitic, anti-white, pro-terrorist, she has advocated violence against police and even supports North Korea. You literally could not make this up.

Watch the shocking revelation on her support for Palestinian terrorism, including car ramming and stabbing attacks against Israelis below:

Because of the backlash they received, Channel 4 have now removed all mention of the report, including their tweets promoting it, and the presenter of the report has resigned.

The woman in question, Nadia Chan, has deleted her twitter account to try and hide her past racism, but it was not enough to stop someone snapping images of her tweets before she did so. Below are some images of the tweets she has made.

Warning: Strong language contained in the images below. 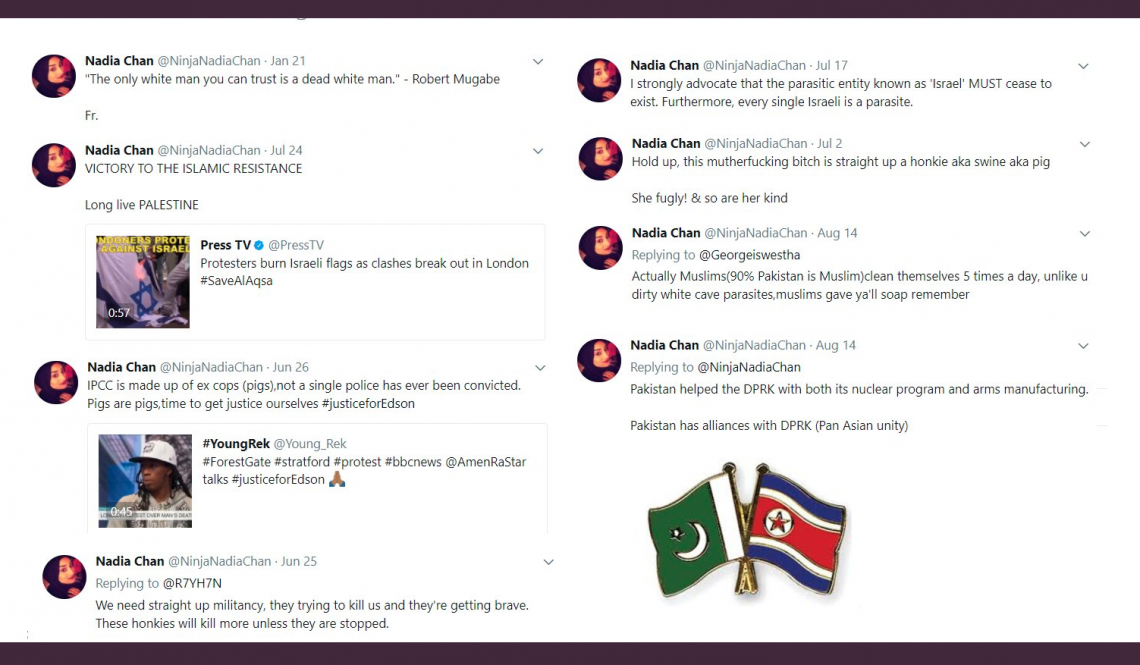 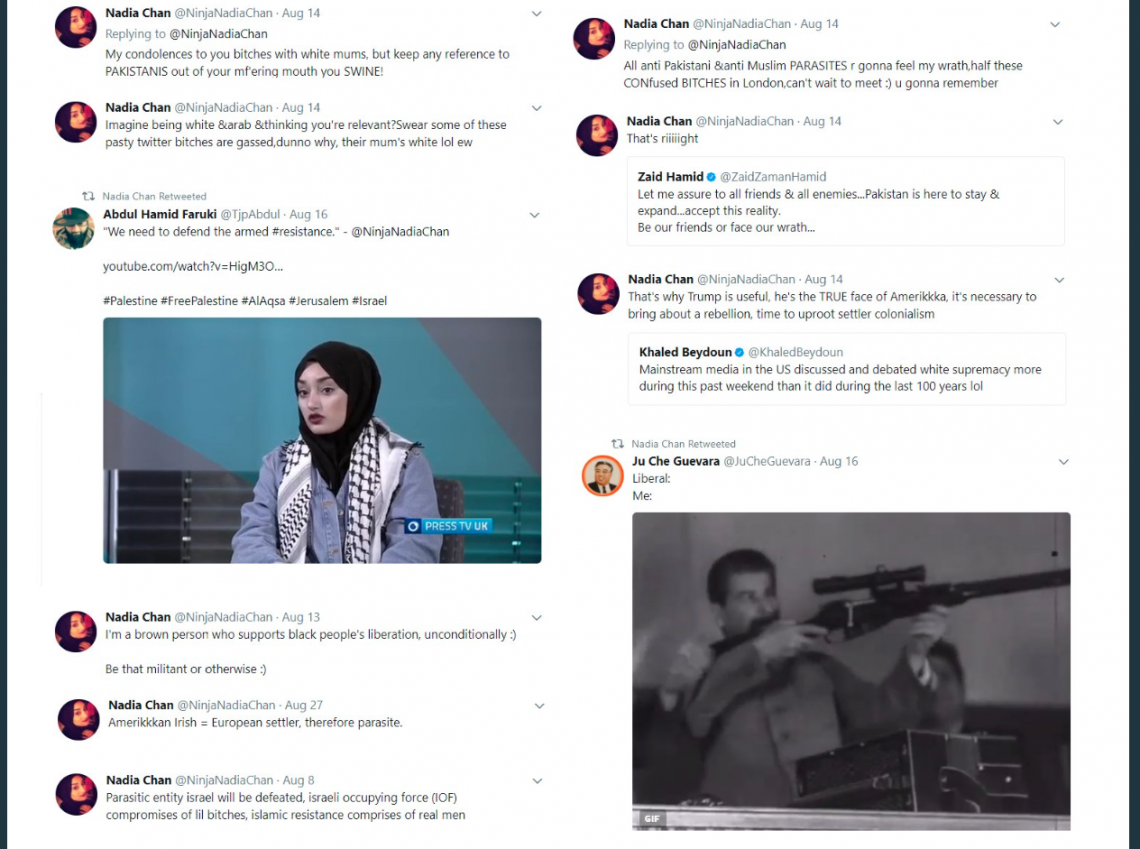 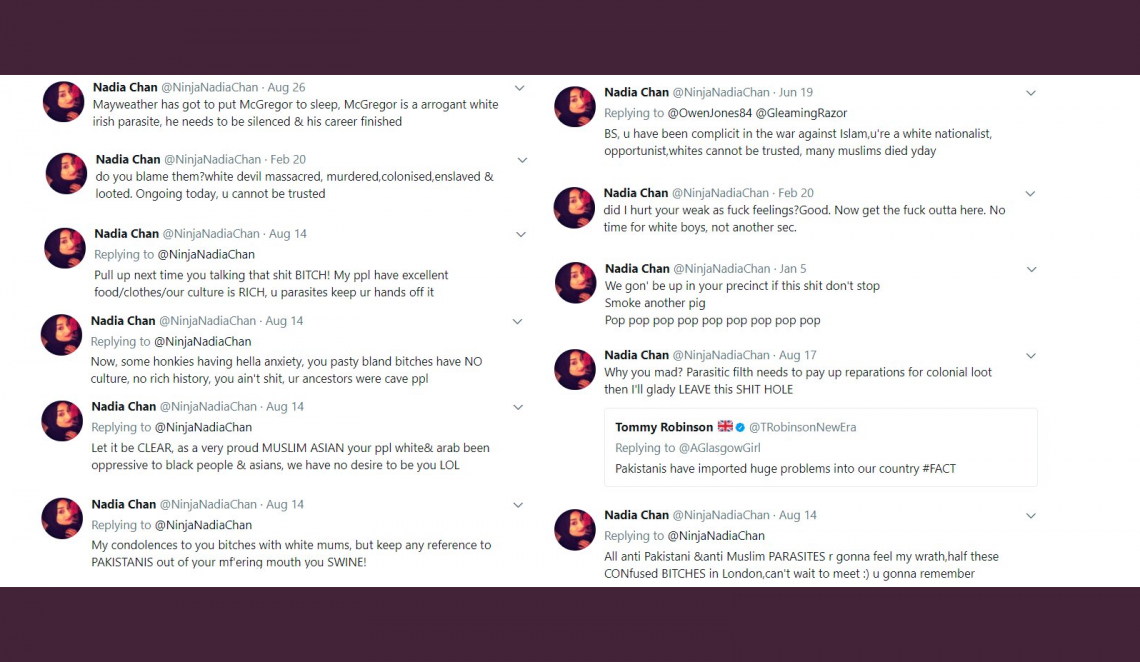