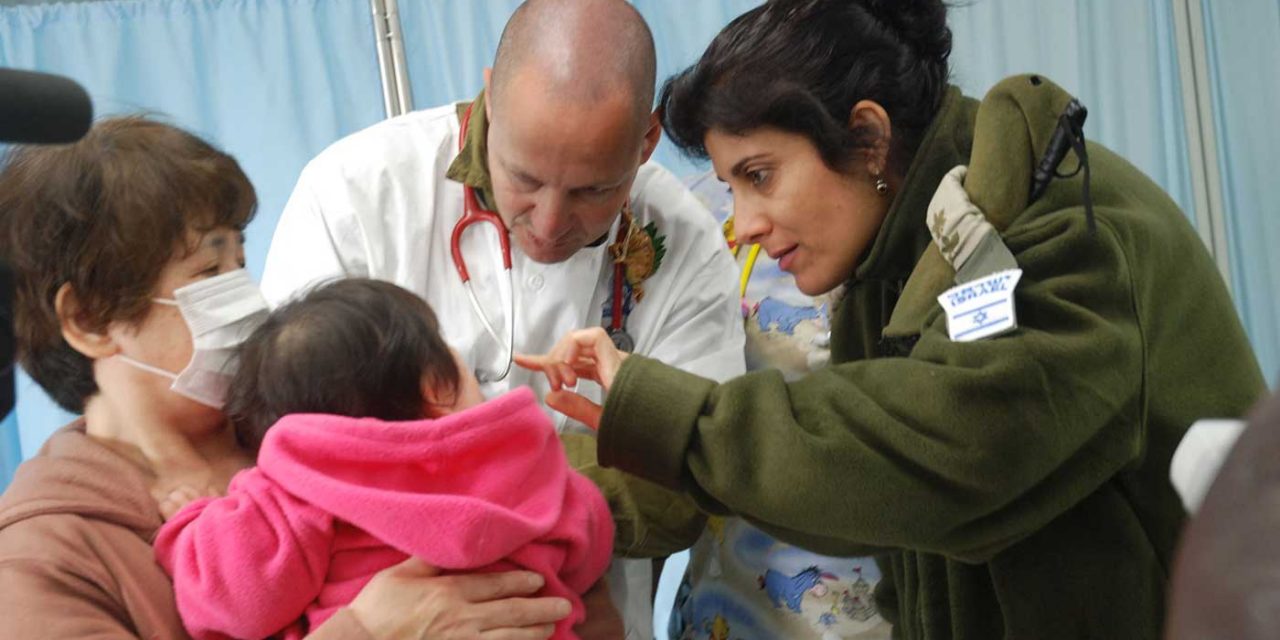 Ten years ago, Japan experienced a terrible natural disaster. On 11 March 2011, the worst earthquake in Japan’s history triggered a massive tsunami in the Pacific Ocean, and Japan’s eastern coastline bore the brunt of its force.

When the sea rose and crashed into Japan that day, it took away the lives of 18,000 people. Many thousands more were injured and over 250,000 people were left homeless. Many of us will never forget the images we saw on the news showing us the disaster which befell Japan that day. 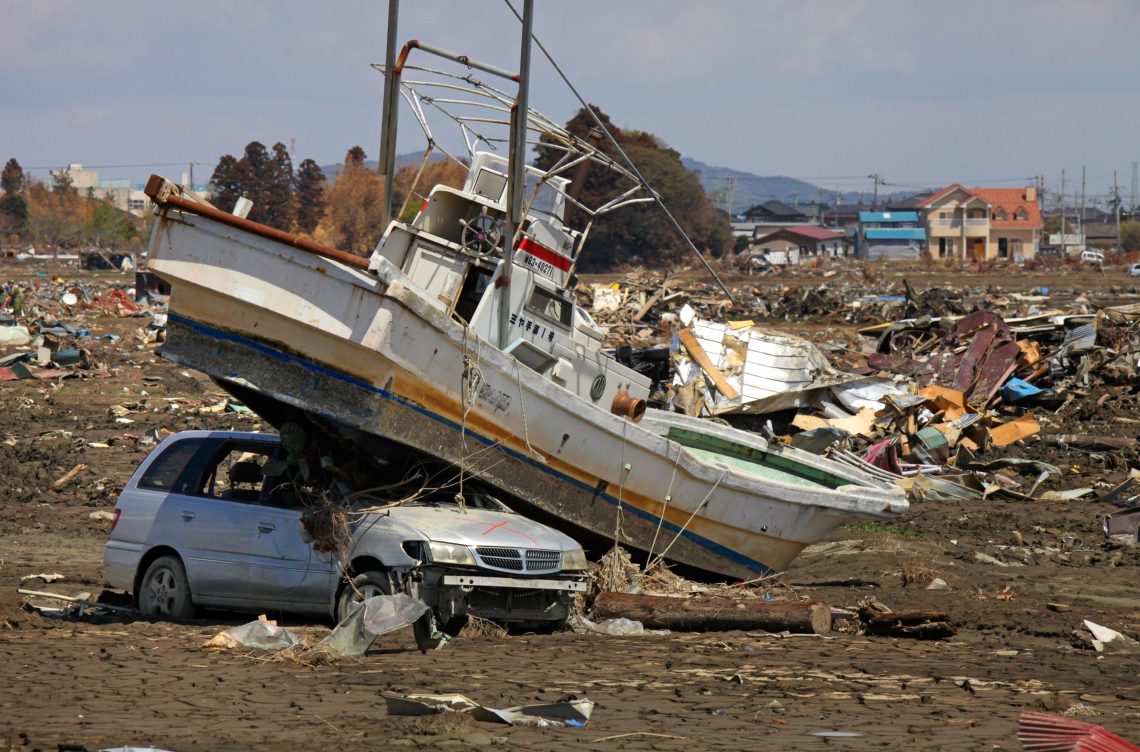 The place we would like to focus on in this article is the small town of Minamisanriku. This community of 17,000 people had around ten minutes to react before disaster struck, and sadly was one of the worst affected towns.

Miki Endo, a 25-year-old employee of the town’s Crisis Management Department was among the first to know of the oncoming tsunami and immediately began warning residents to evacuate. Miki knew the devastation that was coming towards her, but instead of heeding her own warnings, she chose to stay put and ensure that her message would continue to sound out through the town’s network of loudspeakers instead of leaving for safety.

Thousands of residents heard Miki’s warnings and fled to nearby hills. Video footage taken from those hills shows the tsunami unleashing destruction upon Minamisanriku but above the sound of devastation you can hear Miki’s voice clearly issuing instructions to residents as waves overwhelm the building she is in. Miki gave her life to save others and is credited for saving thousands.

Sadly, 1,300 people were either killed or declared missing in Minamisanriku and around 75% of the town’s buildings were levelled to the ground. 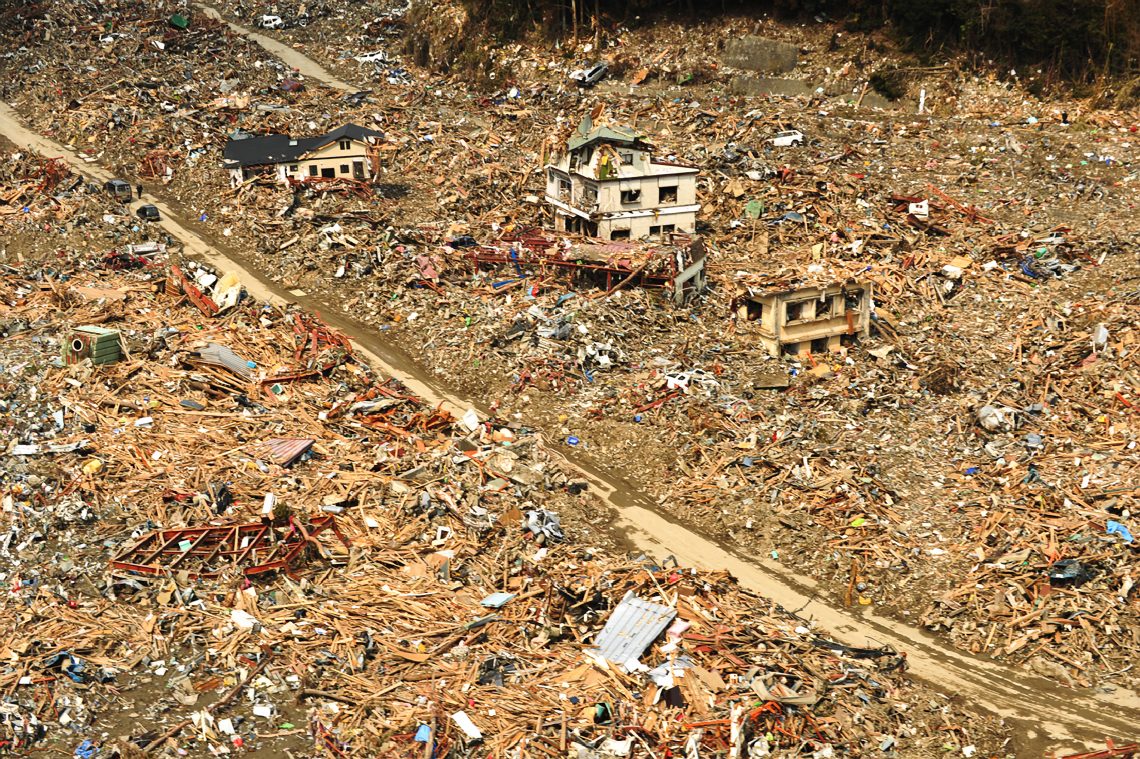 The devastation Minamisanriku suffered was replicated in towns throughout Japan’s eastern coastline. However, we are choosing to highlight Minamisanriku because it is the first place in Japan where an international field hospital was established. And as you have probably guessed, the first country to come to Japan’s aid was Israel.

Japan was overwhelmed by the tragedy and needed international help. The problem was that Japan was low on medical supplies. There was no reason for teams of people to arrive in Japan if they didn’t have the equipment to treat people, so the Japanese government instructed international teams to only come to the country if they could bring equipment with them. The only team who could quickly do this was the tiny nation of Israel.

Leading the Israeli team was Dr. Ofer Merin from Shaare Zedek Medical Center in Jerusalem. Ofer, a specialist in disaster treatment, was part of Israel’s team to Haiti following a devastating earthquake in 2010. He also had experience dealing with terror victims in Israel. The week before he departed for Japan, for example, he was treating dozens of Israeli casualties following a terrorist bombing at a bus station in Jerusalem.

Little would Ofer have known that just one week later he would be leading a team halfway around the world to help the people of Japan in their time of need.

In a short interview in 2011 before going on the mission, he said: “The events in Haiti, as well as our extensive experience dealing with mass casualty incidents, have given Israeli medical personnel an important advantage when it comes to setting up these field hospitals and providing comprehensive support and care for those who are desperately in need.”

“We are prepared for a scene in Japan unlike anything we’ve ever seen before. But we are very confident that our resources and experience will allow us to offer a valuable contribution at this critical time.”

Minamisanriku was the location chosen to assist and the situation was desperate. Roads were either blocked or destroyed, the power grid and cellular networks were down and the water supplies disrupted. Japan’s armed forces had reached the area, bringing aid in the form of temporary accommodation but had little in the way of medical supplies.

Masafumi Nishizawa, a local physician, was the only medical doctor in the town’s evacuation centre in the immediate aftermath of the tsunami. A week later he was joined by twenty specialists from around Japan, but the medical facilities had been decimated. The hospital building, though still standing, had been gutted by the waves. Most of the patients and some medical staff had sadly been killed with only a few surviving on the roof of the hospital. The hospital had little remaining equipment to treat people.

Thankfully, the 53-person Israeli team that arrived a week later brought with them 62 tons of medical equipment and supplies.

“We required that they [the Israelis] be able to conduct tests, but we could not imagine that they would have so much equipment and be so skilled at what they do,” Nishizawa recalled in an interview marking the tenth anniversary of the tragedy.

Nishizawa worked with the Israeli team for the duration of their time in Japan and remarked, “their expertise was amazing, and they had everything up and running at record speed.”
Despite the expertise Israel had to offer, there was a worry that the locals, due to cultural barriers, would be weary of foreign help. The Japanese parliament, for example, held a special session to grant permission to the Israelis to treat locals.

“There were many elderly in the city who needed medical attention. When I heard that a foreign delegation was on its way, I was a bit worried, because there was concern that they would be terrified of having to be checked—amidst the chaos of this tragedy—by a foreigner, having not met a non-Japanese all their lives,” Nishizawa explained. 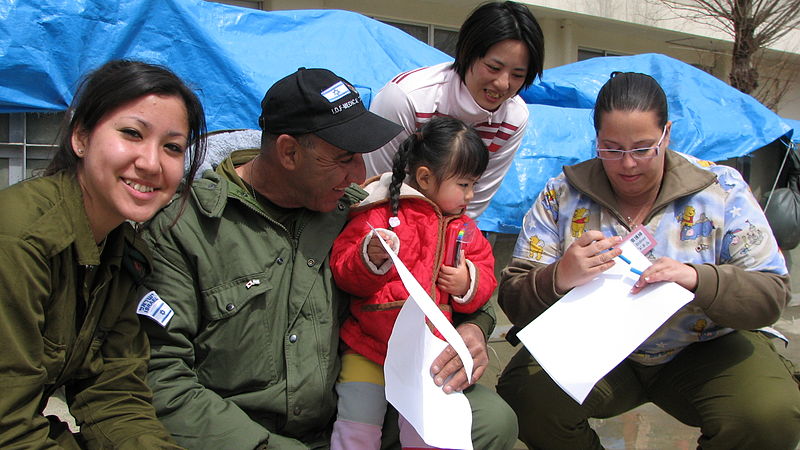 One of the first people to be treated at the medical centre was Mayor Jin Sato, who was one of the people coordinating the evacuation in the building where Miki Endo issued the warnings.
Sato describes the moment the building was overwhelmed, saying, “it just went over our heads and ravaged the place; I was swept to a staircase and broke two ribs.” Mayor Sato was able to survive after he climbed those stairs to the roof where he clung to the steel broadcasting antennae on top of the building until he was rescued.

Not only was he in need of medical treatment for his injuries, but his act of being treated by the Israelis served an important purpose. Seeing the mayor get treatment at the field hospital helped to dispel any fears and it was after his visit that the residents increasingly came to the centre for assistance.

The Israelis also won over the locals with various gestures that underscored just how dedicated they were to help them. “Pregnant women faced particular duress because they lacked proper equipment. They had to travel long distances just to get checkups or to give birth,” Nishizawa explained. “But the Israeli delegation had a doctor trained in delivering babies, and after he had learned of the situation, he began making house calls, accompanied by a local female nurse. This level of dedication and their willingness to extend a helping hand to the community was really touching for me,” Nishizawa said with admiration.

The small community of Minamisanriku is deeply appreciative of Israel’s help. There is a monument in the town honouring Israel’s medical team and both Mayor Sato and Nishizawa speak of the bond between the two countries.

“I think that for many Japanese, Israel is considered to be some far-flung country; but for us, Israel—despite its being so far away and so different—will always be remembered as the first country that came to our rescue and gave us the feeling that we are connected to the rest of the world. Japan is an island nation, and our first inclination when disaster strikes is to handle things on our own; but Israel, rather than focus on its own problems, extended its outstretched hand, and we are tremendously thankful for its assistance,” said Nishizawa.

“Israel helped us so much after the disaster struck, and we are greatly indebted to it,” the mayor said. “Last year [2020], we wrote a letter of thanks to all Israelis and had it sent to the Israeli embassy. Our people are very grateful for this; we will never forget Israel’s help.”