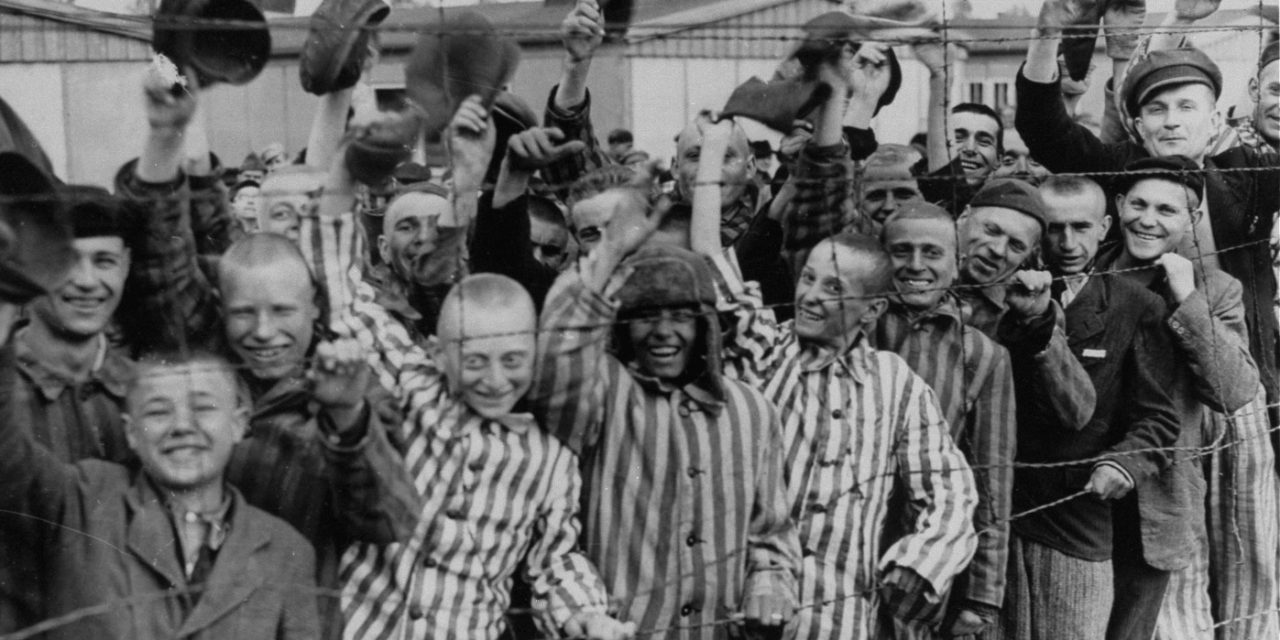 The D-Day landings 75 years ago today were a turning point in the Second World War.

By night time on 6 June 1944, about 156,000 Allied troops had landed on Normandy’s beaches. It wasn’t simply an invasion – it was a liberation. Over 4,000 of the men were killed on D-Day itself, paying the ultimate sacrifice for our freedom. For those who survived the first day, it was only the start of months of pushing back the Nazis, liberating Paris on 25 August and reaching Germany the following month. Some of those that made the D-Day landings would eventually be involved the following year in the liberation of the Nazi concentration camps, such as Buchenwald and Bergen-Belsen, with the Red Army liberating others such as Auschwitz and Ravensbrück.

As the Allies were coming ashore, the last large community of Jews in occupied Europe, in Hungary, was being deported and murdered. More than five million had already been killed by D-Day. Tragically, Jews would continue to die right up until the end of the war, but D-Day was the beginning of the end of this dark period in history.

News of the Allied invasion of Normandy quickly spread across Europe bringing hope to many. One of those was Anne Frank. Her diary entry for 6 June 1944 reads,

“‘This is D-Day,’ the BBC announced at twelve. ‘This is the day.’ The invasion has begun…Is this really the beginning of the long-awaited liberation? The liberation we’ve all talked so much about, which still seems too good, too much of a fairy tale ever to come true? Will this year, 1944, bring us victory? We don’t know yet. But where there’s hope, there’s life. It fills us with fresh courage and makes us strong again.”

Sadly many like Ann Frank never saw the eventual liberation.

Others treated news of the D-Day landings like just another rumour. Others hoped it was true.

Jacques Moalic, then 21, was in Buchenwald at the time. For the 50th anniversary of the landing, in June 1994, he wrote this first-hand account of how the news filtered through to Buchenwald and other camps:

BUCHENWALD CONCENTRATION CAMP – The sun was already setting when the work group “Bau drei” (“building three”), comprised of around 30 mainly French deportees, returned on foot to the camp.

We had barely passed through the forged iron gate when another French deportee came, his face ecstatic, and murmured to us: “They have landed. It’s official. The Germans have confirmed it”.

It had been just an ordinary day, as we banked up the railway which came from Weimar. It proved an impossible task as every time a train passed through, the ballast was crushed, and we had to start all over again.

In the race back to Block 34 of the concentration camp we questioned comrades who had returned earlier.

“Where? How?” At the same time we restrained the excitement and joy and the instruction was: “Keep calm, cool, careful. The SS will become nervous”.

On the corner of the hut hung a loud speaker. It blasted out the orders of the SS and twice a day gave out statements from the Wehrmacht’s top command.

At 1230, an anonymous voice had announced: “The Anglo-Americans have attempted to get a foothold in Normandy… counter attacks are underway.”

The voice cited the names of the locations involved: Saint-Lo, Caen… “What day is it?” someone asked. “Tuesday, Tuesday June 6”.

Immediately, despite the instruction to keep calm, the same refrain issued from everyone’s lips: “We’ll be home by Christmas.” Those who doubted were “defeatists”.

Illusions and dreams filled our heads like a drug. Amid their joy they could not know it, but, in reality, many of those in camps that day would never know liberation.

In other concentration camps in Germany and beyond the information only filtered through to prisoners via clandestine and dangerous channels.

In camps like Birkenau in Nazi-occupied Poland, a group of prisoners managed to break the isolation by making makeshift radios.

At the Dora concentration camp, where V2 missiles were made, prisoner Jean-Michel said that three French and a Czech inmate employed in the camp clinic managed to hear the BBC, which reported the landing had succeeded from around eight in the morning.

With extreme caution, prisoners took advantage of their work to listen to the news on SS officers’ radios. Thus, on the morning of June 6 at the Dachau camp, workers in the officer’s mess learned of the landing and spread the news.

At the womens’ camp in Ravensbruck, Frenchwoman Helene Fredin recalled: “Our group went to work, when our foreman, a Polish detainee, whispered to us: ‘the English have landed. Above all don’t celebrate’.”

Brigitte Friang gives her own personal account from inside the camp.

Friang says a “beautiful Ukrainian woman,” a fellow prisoner in charge of the barracks, appeared.

“In her funny French she called for silence. ‘Ladies,’ she declared, ‘the Allies have landed in France.’ We all leapt to our feet and fell into each others’ arms.”

This week at a ceremony in Washington DC this week with the US Holocaust Memorial Museum and members of US Congress, Steven Joseph Fenves, a Holocaust survivor, gave his story about how he heard about D-Day. He was held in the Auschwitz-Birkenau concentration camp and later the Buchenwald camp at the time of its liberation by American forces.

“June 6, 1944, was my 13th birthday. If the war had not intervened, that would have been the day of my bar mitzvah,” he said. “That bar mitzvah never took place. By June of 1944, my family had been living under occupation for four years.”

Before Fenves and his family were imprisoned at Auschwitz and Buchenwald, they were first moved to a ghetto from their home in the Hungarian-occupied Yugoslav territories, which were eventually occupied by Nazi Germany. It was there that Fenves first heard from a BBC broadcast that the Allies had landed on the Normandy beaches, and he relayed the news to Jews in the ghetto. Shortly after, he and his family were sent to the camps, which Allied forces steadily worked toward liberating after the D-Day invasion and related offensives.

"75 years ago…soldiers from across this great nation…descended on beaches in Normandy. They did so with one objective in mind–defeat the Nazis–that we would later find out became even more important, and even more consequential for millions of people."–@SenatorTimScott pic.twitter.com/HQETMIDsIh

“More than 6 million people lost their lives in the Holocaust, and without the Allies’ efforts on D-Day, that number would certainly have been significantly higher,” Scott said. “It’s hard to imagine the horrors inflicted on so many folks in the Jewish community, and those deemed ‘undesirable.’”

“The troops deserve our admiration for generations to come, but it’s more than just the admiration for years to come. We honor them by reading the names, documenting their stories and carrying out their legacy — a commitment to uphold our moral agenda of freedom and justice. ‘Never again’ becomes a reality,” Cardin said.

For those servicemen that arrived at the concentration camps this wasn’t the end. Sara Bloomfield, Director of the museum explains,  “As the first eyewitnesses to the Holocaust, liberating soldiers were given a huge responsibility. Having seen firsthand the true potential of human depravity… they now had the burden of sharing this knowledge with the world.” 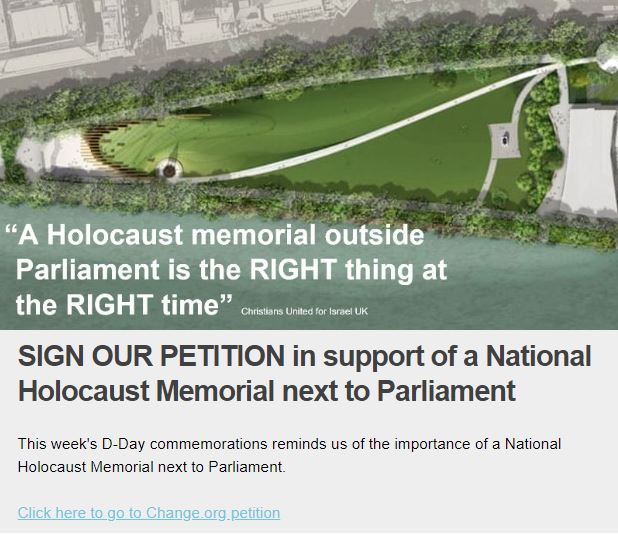