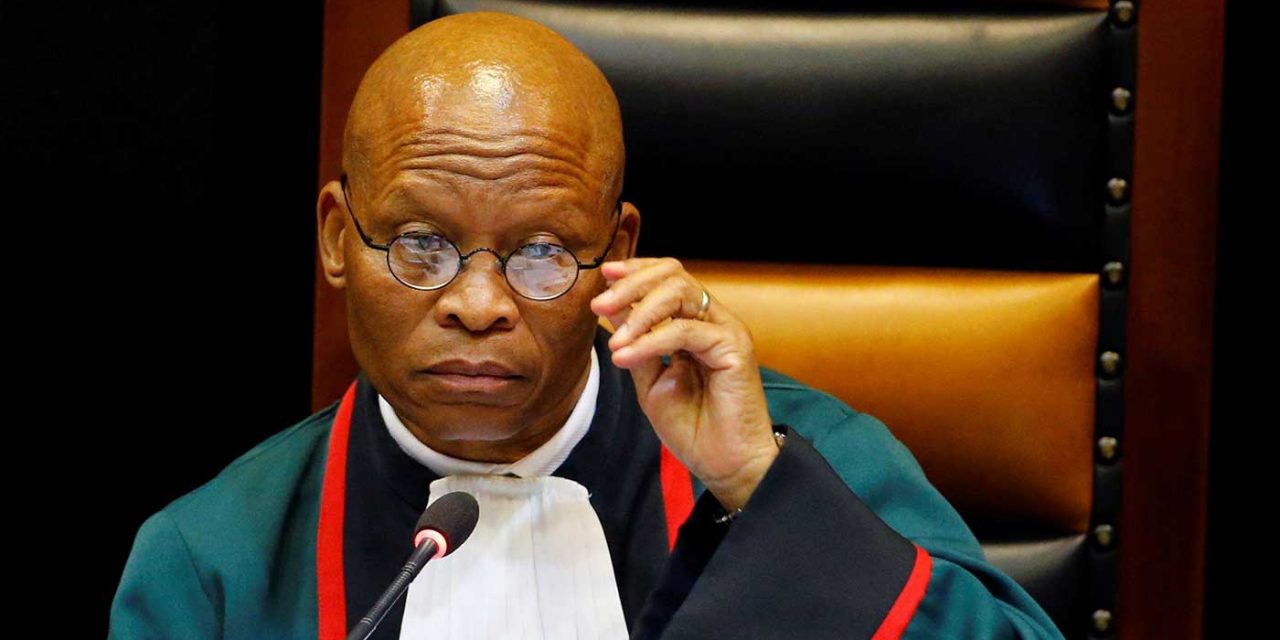 As the Chief Justice of South Africa, Mogoeng Mogoeng is the most senior judge of the Constitutional Court and head of the judiciary of South Africa. He is also a lay preacher who submits to an authority higher than any judicial system on earth. Despite being under immense pressure to apologise for his pro-Israel statements, Mogoeng says he would rather lose his position than dishonour God.

This all started back in June 2020 when Mogoeng was taking part in a live webinar hosted by the Jerusalem Post. During the online meeting, Mogoeng announced that unlike most of the political and media elite in South Africa he himself was a Christian Zionist who regularly prayed for the peace of Jerusalem.

“I cannot, as a Christian, do anything other than love and pray for Israel because I know hatred for Israel by me and my nation can only attract unprecedented curses upon our nation,” Mogoeng said in the interview.

These honourable words have caused great upset to those in South Africa who hate Israel, especially among the political elite. The country’s ruling party, the African National Congress (ANC), is openly anti-Israel and has adopted the anti-Semitic Boycott, Divestment and Sanctions (BDS) movement’s call to boycott the Jewish state. South Africa is also one of the few countries that hosts a Palestinian embassy.

Anti-Israel groups complained to South Africa’s Judicial Conduct Commission (JCC) and demanded that Mogoeng apologises. Shockingly, the commission has seemingly neglected its judicial responsibilities in favour of serving a political agenda. Despite judges in South Africa having freedom of speech and freedom of religious expression, which is protected under law, the committee ordered Mogoeng to apologise and condemned him for his actions.

This appears to be nothing more than a political attempt to silence and punish those who support Israel, a complete miscarriage of justice.

He argues there was nothing in his remarks, in which he called for the peaceful mediation of the situation in the Middle East, that would have contradicted any official South African government policy.

“I respect the law and that is why I’m appealing,” he added.

Mogoeng said if it came to the point where he was forced to reject God, he would rather be without money or position and please God rather than man.

“The Lord gave me rock-solid grounds to appeal,” he added.

Standing up for Israel and our Christian values is clearly something we here at Christians United for Israel support 100 per cent and we commend Mogoeng on his brave stand for truth!

Amazingly, tens-of-thousands have come to his support with over 130,000 people signing a petition to defend both Mogoeng and the Christian faith. And Christian groups in South Africa have held open prayer meetings and demonstrations in the streets showing support for Mogoeng and waving Israeli flags as a sign of solidarity.

We hope justice will prevail and Mogoeng’s commitment to the truth will be honoured. As the Bible says, “I will bless those who bless you, and I will curse him who curses you.”