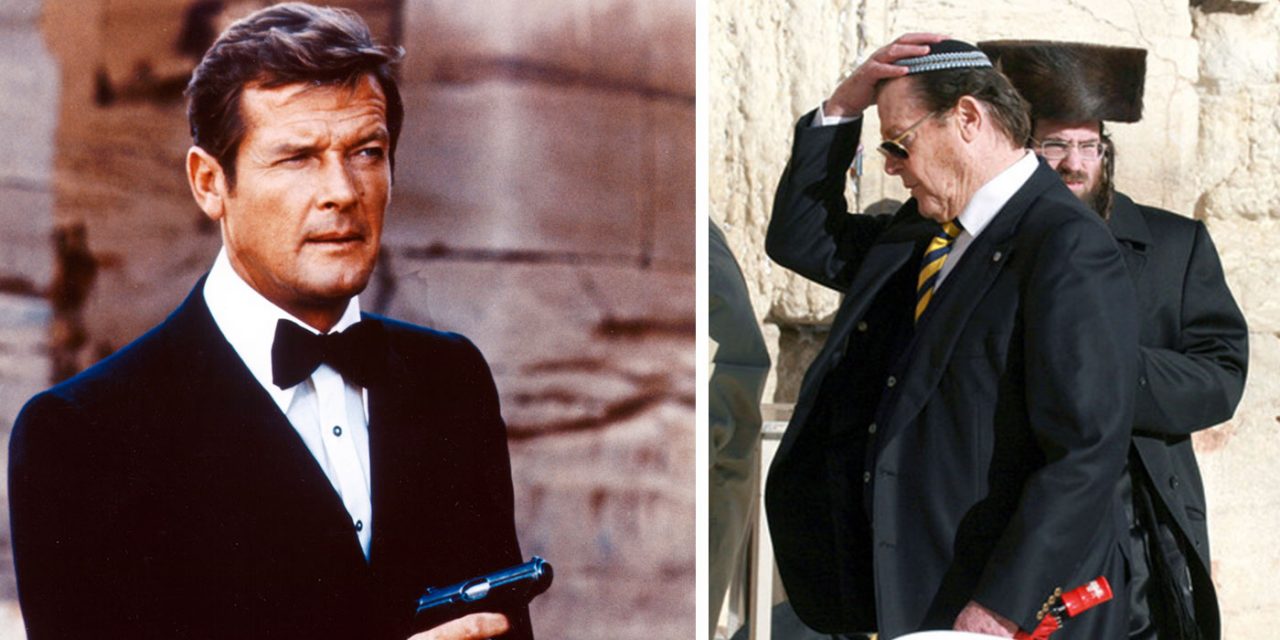 Legendary British actor, Sir Roger Moore, best known for playing James Bond, passed away this week at the age of 89 after “a short but brave battle with cancer”.

Over the next few days and weeks we will be remembering this great man for all the roles he played, both his acting and his work with UNICEF, but for all of the marvellous work he accomplished throughout his lifetime, there is one thing that is not often spoken about, his connection with Israel.

Sir Roger visited Israel on a number of occasions, and in his most recent visits he defied calls from an anti-Israel organisation of the Boycott, Divestment and Sanctions (BDS) movement.

In 2009, Moore visited Israel with his wife, Kristina Tholstrup. It was her first visit to the country and his first in four decades.  He stated, “Although I received an open letter from some organisation advising me not to visit Israel, I didn’t pay attention,” he said, adding that he recommends visiting and already hopes to return. He spoke highly of both the Jewish State and his friend, Israeli actor Chaim Topol.

He was amazed at how the country – especially its capital – had grown and developed since his visit four decades earlier.

Moore had fond memories of that trip, when he experienced a personal tour of Jerusalem he had been given by its late mayor, Teddy Kollek, and was amazed this time around by the view of the Old City. However, Saturday’s extremely wet and cold weather prevented him from going to the top of Massada.

In 2010, Sir Roger returned to Israel to host the Eilat Chamber Music Festival, which raised money for UNICEF. He donated his fees to helping a project that brought Jewish medical experts to Africa to help stop the spread of HIV, and also to the people affected in Haiti.