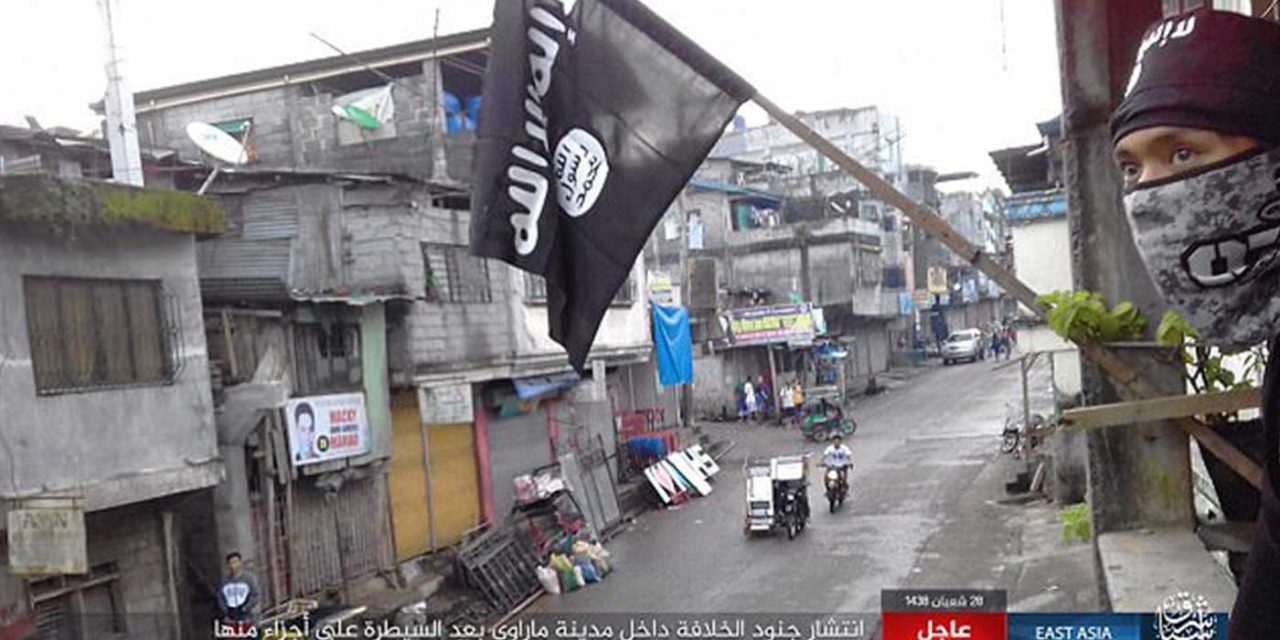 Hundreds of thousands of civilians have fled the impoverished city of Marawi in the southern part of The Philippines amid reports that jihadis have begun slaughtering people they identify as Christians.

On Wednesday members of the ISIS-inspired Maute Islamist group stormed the Cathedral of Our Lady Help, in Marawi city on Mindanao island, and abducted church staff including Father Chito Suganob and worshipers.

‘They have threatened to kill the hostages if the government forces unleashed against them are not recalled,’ Filipino Archbishop Socrates Villegas said in a statement.

The bodies of nine people, reported to be Christians, were pictured lying dead in a field just outside the city on Thursday. They had been rounded up by ISIS troops, bound by their hands and shot dead in the field. And there are reports that this is just one of many cases where Christians are being slaughtered by the terrorist group.

Jan Yamit, a 23-year-old health worker, watched in horror as the militants shot a police officer and then a security guard before storming into the building he and his brother were in. They escaped using a plank of wood as a bridge to the build next to them.

“They kill defenceless people”, he said. “Those who were killed were Christians.”

The attacks on Christians have caused hundreds-of-thousands of people to flee the city, according to the Daily Mail. The Philippines military sent hundreds of soldiers and dozens of armoured vehicles to escort the civilians as they fled the area.

Philippine forces have been battling Islamic terrorists for control of the city of Marawai since Tuesday, when security forces raided a house they believed Isnilon Hapilon, leader of the infamous Abu Sayyaf kidnap gang and Philippine head of ISIS, was hiding.

The United States regards Hapilon as one of the world’s most dangerous terrorists, offering a bounty of $5million for his capture.

More than 100 gunmen responded to the raid by burning buildings, including churches, schools and a hospital, and conducting other diversionary tactics, according to Defence Secretary Delfin Lorenzana. 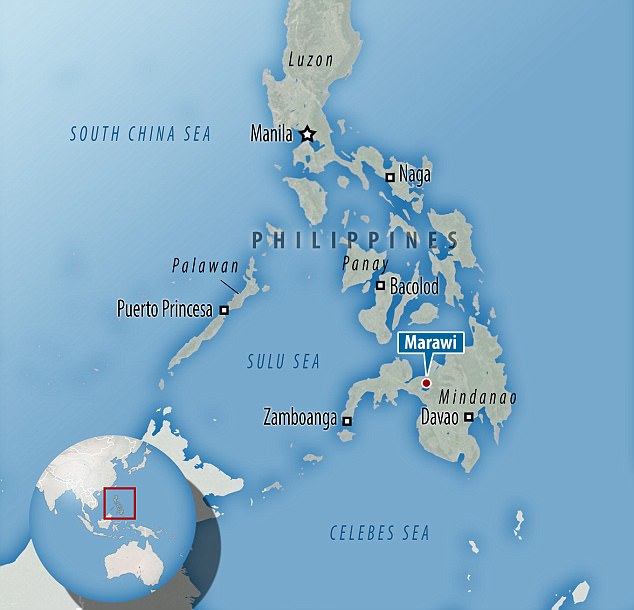 Security analysts say Hapilon has been trying to unite Filipino militant groups that have professed allegiance to IS.

Speaking on Friday, Solicitor General Jose Calida said: ‘What’s happening in Mindanao is no longer a rebellion of Filipino citizens.

‘It has transmogrified into invasion by foreign terrorists, who heeded the call of the ISIS to go to the Philippines if they find difficulty in going to Iraq and Syria.’

President Rodrigo Duterte, who has imposed martial law in the region, said on Friday that he is willing to talk with militants in order to resolve the crisis.

‘My message mainly to the terrorists on the other side is we can still solve this through dialogue,’ he said.

Despite wanting to resolve this issue through dialogue, Duterte is not shy of using military force against the terorrists. Backed by tanks and helicopters, Philippine government forces launched “precision attacks” Thursday to clear terrorists.

There are reports that around 11 government troops and 32 terrorists have been killed in the fighting.

The Philippines has the fourth largest Christian population in with world, with more than 92% of its 100 million people being Christian, mainly Catholic. Despite its large Christian population, the southern part of the country has long had trouble with Islamic terrorist groups.